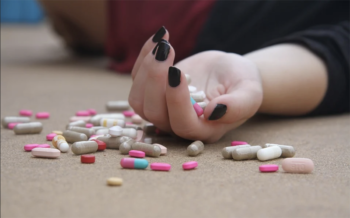 Drug overdose deaths reached an all-time high in the United States in 2020, rising nearly 30 percent to more than 93,000, according to the latest provisional numbers from the U.S. Centers for Disease Control and Prevention (CDC).

Among factors impacting the rising deaths are the isolation and loneliness suffered during the COVID-19 pandemic that has killed more 611,000 people nationwide, medical experts and addiction recovery ministries such as Celebrate Recovery have said.

Trevor Truitt, a recovered addict and pastor of the Arabi, La., campus of Celebration Church in greater New Orleans, said at least four members of the church’s Celebrate Recovery group died of overdoses in 2020.

“There were a lot of relapses that happened,” he told Baptist Press late last year. “It’s taking a toll on our people.”

Rick Hinely, a Celebrate Recovery minister based in South Carolina, said he has witnessed a steady rise in overdose deaths in recent years.

“There was just such a rise in it the last few years. I’ve just buried so many,” said Hinely, a prison minister and recovering addict who has led Celebrate Recovery at Chapin Church in Chapin, S.C. “I have worked with them, their parents, only to see them die. I see them in recovery and relapse and go back out and (with) that overdose, because they haven’t been using for two or three months, they die.

“In the last five years when I was there I lost 14 people from alcoholism and drug addictions,” he said, with drug overdoses outpacing other addictions 3 to 1. But he said the ministry continued to meet during the pandemic with various safety precautions, helping recovering addicts flourish and avoid overdose deaths in 2020.

“This year since COVID I haven’t lost a one,” he said today (July 28). He describes recovery ministry as a “vital … difference between life and death.”

Messengers to the 2018 SBC Annual Meeting in Dallas adopted a resolution On Opioid Abuse And Addiction urging action by churches, the government and medical communities to combat the opioid crisis. in response to the rise in abuse and addiction. Among the resolution’s recommendations are that churches equip Christians “to resist the temptation to assume they are immune from this temptation” of opioid addiction, demonstrate grace toward addicts and hope for recovery, encourage families to education their children on the dangers of opioids, and provide Gospel ministry to those suffering from addiction.

Celebrate Recovery is a 12-step Christ-centered recovery program founded in 1991 by John and Cheryl Baker and launched by multisite Saddleback Church based in southern California. Over 5 million people have completed the program now in use at 35,000 churches, according to CelebrateRecovery.com. — Baptist Press