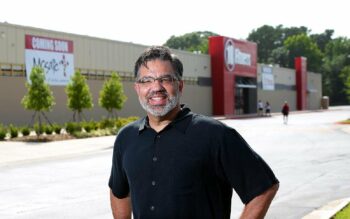 When Mark DeYmaz took over a Kmart to open his thriving church of 500, he helped his budget by opening a for-profit coffee shop and renting space to a gym next door.

In an age of declining tithing, DeYmaz proposes churches get smart, abandon obsolete models and incorporate business savvy, not to get rich from the kingdom, but to multiply outreach.

But don’t accuse him of upending the way church is done. Tithes and offerings were just one business model. DeYmaz is not condoning stingy Christians. He’s simply using his brain and God-given resources to maximize impact, he says. 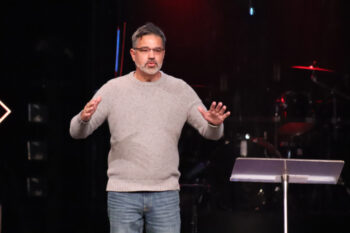 His church, Mosaic, belongs to the new burst of millennial churches that project a certain image with their relaxed dress codes, untraditional interior decorating, and hipster pastors. They’re rethinking church to be relevant for the next generation.

Pew Research charts a declining number of Americans who call themselves Christians – 65% — 12% lower than a decade ago.

“Religion is less central to American life,” says Rebecca Glazier, professor of public affairs at the University of Arkansas, Little Rock. “People are just not identifying with formal religious institutions and finding spiritual fulfillment through them the way that they used to in generations past.”

Glazier sees a trend of churches using excess space to help fill the income gap. Pastor DeYmaz has written a book The Coming Revolution in Church Economics to encourage pastors to be smart about the resources God has given them. The book, which has sold about 500 copies, gives pastors the nitty gritty of not running afoul of the IRS. 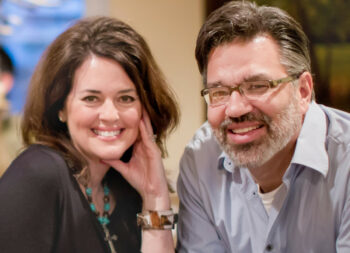 We’re not talking about asking a congregation to buy the pastor a luxury jet or Lamborghini. We’re talking about finding practical ways to fund your ministerial dreams.

“For millennials, there’s not the passion to support the old systems,” says Pastor Steven Smith of Little Rock’s Immanuel Baptist Church, which is toying with opening the sanctuary for certain events which don’t starkly contradict the message of the Gospel.

“For this to be sustained, the value of giving extremely generously has to be passed on to the next generation,” Pastor Smith says. “And if that giving base is not there to sustain the ministry, we’ve got to find other ways to fund that.” 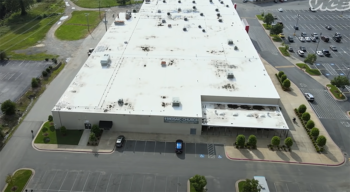 “I think money can corrode things perhaps if there are not internal checks and balances, which we believe we have,” Pastor Smith responds. “Money is not an end. It is a means to an end.”

Certainly some thorny issues come to mind. Will Satanists want to rent the congregation, and since it’s under a business category, cite non-discrimination laws?

Will some pastors profiteer?

“Can that happen? Yes it can,” Pastor DeYmaz says. “It’s already happening. But it shouldn’t prevent the rest of us who have a very strong theological grounding, who have good accountability, from practicing economic wisdom in the practice of church economics.”