In six days of attacks after the kidnapping of more than 125 Baptist school students in Kaduna, Nigeria, terrorists have killed at least 33 area civilians and burned four churches and hundreds of nearby homes, witnesses told Christian Solidarity Worldwide (CSW).

The Evangelical Church Winning All in the Abuyab Community, and the Catholic church in Matyei village were among those identified as burned down in attacks July 8-13 that left 33 people dead, including a Christian teacher, the Southern Kaduna Peoples Union said in a July 13 statement.

Pastor and humanitarian Gideon Agwom Mutum, a CSW Nigeria volunteer, received a written death threat from the terrorists who also threatened to destroy a school the pastor founded in Pasakori village in southern Kaduna. They proclaimed, “We will kill you like goats and your family. We know your house, your church and even your family.”

Militant Fulani herdsmen are suspected in the July 5 kidnapping of 153 students from the Bethel Baptist Church school in Kaduna state, with 125 students still missing and considered in grave danger. 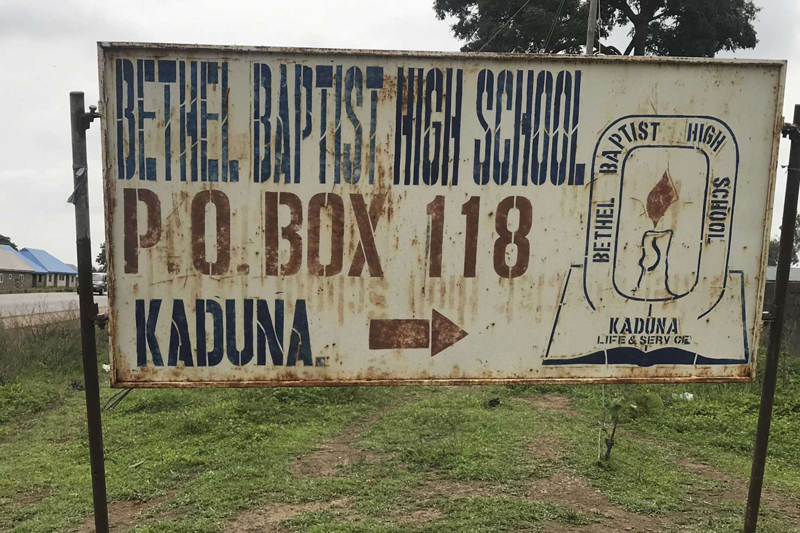 Parents of the missing students have vowed to protest until their children are returned. Nigeria President Muhammadu Buhari has ordered military, police and intelligence agencies to work intensely and quickly for the students’ release, his media representative Garba Shehu said shortly after the kidnapping, but has not released any public statements of progress in securing the students’ release.

A surge in school kidnappings has prompted the government to order the temporary closure of schools in rural areas, judging them to be more vulnerable to attack. The crimes have revived a national debate over ransom payments, International Christian Concern (ICC) reported today (July 14). Legislation criminalizing paying ransoms is being considered in Nigeria as an amendment to the Terrorism Prevention Act of 2011, ICC said.

In the July 5 kidnapping at the Bethel Baptist school, ICC Nigeria representative Nathan Johnson said the Kaduna state government’s refusal to pay ransoms puts the students in grave danger and intensifies the need for their successful release.

A ransom paid by relatives secured the release of six students and two officials taken in a June 10 kidnapping at Nuhu Bamalli Polytechnic school in Kaduna, Reuters reported July 10.

Assailants have kidnapped more than 1,000 students from educational institutions in Nigeria in the past eight months, according to the ICC. Bandits are blamed for at least four kidnappings in Zamfara, Katsina and Niger states – predominantly Muslim areas – since late December 2020. Most of those students, totaling more than 600, were released. A Christian student was killed.

“The situation in education in Nigeria is probably at its biggest crisis point at the moment,” Peter Hawkins, UNICEF’s representative in Nigeria, told Al Jazeera. “There are in the region of 13.2 million children out of school in total, which is the highest number globally.”

The mass abduction of school children in Nigeria intensified after Boko Haram kidnapped 276 predominantly Christian girls from a school in Chibok. About 100 of the Chibok girls remain missing.

The U.S. State Department in December named Nigeria a Country of Particular Concern for the first time in its annual report, citing systematic, ongoing, and egregious religious freedom violations. In its 2021 World Watch List, persecution watchdog Open Doors ranked Nigeria ninth among the 50 most dangerous countries for Christians. — Baptist Press

Armed kidnappers in Nigeria have released 28 of the more than 120 students who were abducted at the beginning of July from the Bethel Baptist High School in the northern town of Damishi.

Church officials handed those children over to their parents at the school on Sunday. But the Rev. Israel Akanji, president of the Baptist Convention, said more than 80 other children are still being held by the gunmen.

So far 34 children kidnapped from the school on July 5 have either been released or have escaped from the custody of the gunmen. It is unclear when the other children will be released. The gunmen have reportedly demanded 500,000 Naira (about $1,200) for each student.

Akanji said the church did not pay any ransoms because it is opposed to paying criminals, but he added the church was unable to stop the children’s families from taking any actions they deem fit to secure their release.