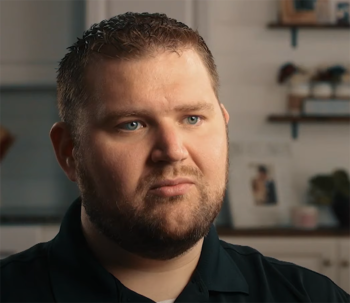 Josh Torbich drank in an attempt to mask his insecurities.

“That inferiority complex seemed to slip away. I started to feel confident,” Josh says on a 700 Club video. “I set myself up to see the drink as the solution to fix the way that I felt, because it happened. Man, it was like the most immediate and effective solution that I ever had seen to fix that feeling that I had.”

As a young person growing up in Brunswick, Georgia, excess weight made him self-conscious. When friends introduced him to alcohol at age 13, the euphoria blanked out his feelings of inadequacy and a poor self-image. 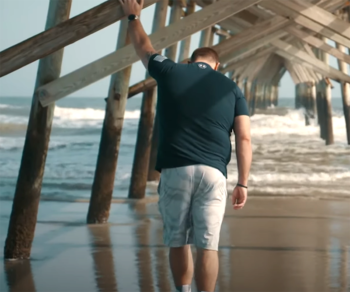 “My life circled around, ‘where’s the party at?’” he says. “I started to become the go-to guy for alcohol and I felt like that was somebody that everyone was attracted to, that could quickly move in and out of popularity circles.”.

Because he was big, he could buy alcohol with a fake ID.

But he was living a double life. His parents were Christians who took him to church.

In his junior year of high school, the liquor wasn’t enough. He turned to painkillers, and their potency gave him an additional boost of self-confidence.

Of course, the gateway substance led to even more: during his senior year, he was a full-blown heroin addict. 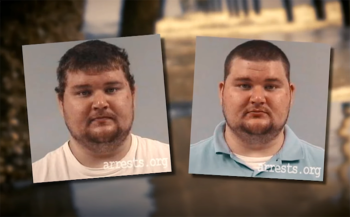 “The first time that I shot up heroin and the rush came over me, it was like going back to when I was 13 years old,” Josh says. “It was new, it was exciting, and it was something that once again made me feel great.”

After high school, his friends went to jobs and college. Josh stayed at home with Mom and Dad and abused drugs.

“I felt so miserable. I felt so worthless,” he admits. “All of those feelings that I had felt my entire life about me were now reinforced. I remember sitting there looking at my life and what it had become, and that thought and that feeling came over me that said, ‘This is the way your life is. This is the way that your life is gonna be.’”

He got two DUIs and had one overdose. 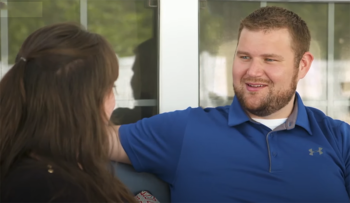 “I’m here and I am stuck inside of this same, really sinister cycle,” he remembers. “I haven’t accomplished anything or done anything with meaning or purpose and had just become okay with being a loser.”

When he turned 23, his parents orchestrated an intervention and corralled him into enrolling in the Brunswick Christian Rehab center.

At first, the rules seemed overbearing. “How am I ever going to have any fun in here?” he asked himself on the first day.

But the required church attendance, coupled with the therapy sessions, did wear away his resistance, and one Sunday, Josh found himself going up to the altar to receive Jesus in his heart.

“Slowly my perspective started to shift that maybe there is a place out there for me to where I can find something that has purpose and meaning, something that I would be able to wrap my arms around,” he recalls. “And maybe Jesus is the way to get to that.”

Today, Josh is CEO of the same rehab program, and under his leadership, the program has grown and prospered.

“I believe that He didn’t want me to go through all of those things that I went through. But since I did, and I turned my life over to Him, He’s perfectly capable of using every single thing that I went through and that happened to me for His purpose,” Josh says.