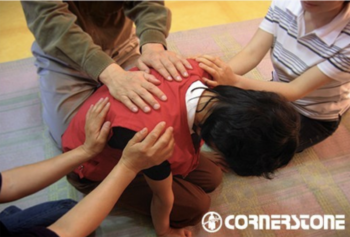 After 46 years of life in North Korea, I came to China unprepared for life there. I met a South Korean man and heard about God from him. He gave me a Bible and I read the Bible. And when I returned to North Korea, I took a copy of the Bible and kept it hidden and read it. One day, I was caught in possession of my Bible. Soon I was sentenced to a labor correction prison.

In prison, I was held in solitary confinement after being tortured and investigated again and again for possession of the Bible. There was no light there, and it (the cell) was soaked with a terrible odor, like the smell of a dead body.

One day I was singing the song, “God so loved the world that he gave his only begotten Son, and those who believe in Jesus will not perish, but will have eternal life.” Then I cried out, “God, if there is God, please save me.”

As a result of continued interrogation, I had become very thin and only skin was left on my bones. Due to malnutrition, my anus did not contract and the stool went down. Prison officials did not want another dead body, so they released me.

After being in prison for 15 years, the world I had known no longer existed. I received only cold looks from people that I knew. I had no choice but to leave my hometown to go to China and try to find a job there. But at that time, no one in China would employ an illegal North Korean migrant. I was at my wits’ end.

But in the early winter of November 2015, I met a missionary. He took me to his home. On August 7th, 2016, God told me while I was studying, Go and make disciples of all nations, baptize them in the name of the Father, Son, and Holy Spirit, and teach them all that I command you to keep. I will always be with you. That very day I was baptized in the Holy Spirit. I confessed by sins to God and accepted Jesus as my Savior with all of my heart.

As I learned the word of God, the words came alive, Believe in the Lord Jesus, and you and your house will be saved, and it rang in my heart. I grabbed this word, prayed, and started digging into the verses of the Bible.

God further showed me, You are a royal priesthood, a holy nation, a people who is his possession, that you may proclaim the beautiful virtues of the one who called you out of darkness and brought you into his marvelous light. He made it clear to me who I am as a servant of Jesus Christ.

It is a dream that a sinner like me has grown up as a servant of God who can convey God’s Word and love. I must confess that what I have become today is God’s grace and love. As a servant of God, I am writing this, asking for the help of the Holy Spirit at this moment. On September 30th, 2017, God called me to go back home and share the Gospel. After two years of studying God’s Word, I was ordained and called to be sent as a missionary to North Korea.

As a servant of God and a person appointed as a missionary to evangelize North Korea, I proclaim the word of the Lord who is the life, truth, and path. I them committed: As a person, I will live a life as a servant like Jesus Christ who lived with meekness, humility, service, and obedience.

With the joy of giving thanks and greetings to the countless servants and missionaries of the Lord who have been working for God’s work to bring all the souls of North Korea so they will be back in the Lord. Our God is a great God. I confess that I cannot hide my true gratitude and tears of gratitude for the love you have given to me.

Leaving for the evangelization of the motherland,

The blessed servant of the Lord

The preceding letter was received by Cornerstone Ministries International before Covid shut down the border between China and North Korea. This brother has not been heard from since he went into North Korea. Pray for the Lord’s protection as he pours out his life for the sake of the Gospel. For more information about Cornerstone’s work in North Korea, go here