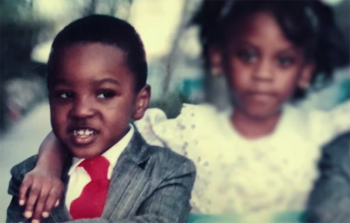 Raised by a Gulf War veteran, Victor Bell became a hulking football star. Behind the wholesome manly image was a festering desire to be loved — like a woman is loved by a man.

Victor Bell was raised in a Christian home. But when he saw a soap opera on T.V. at five-years-old, he was fascinated by the love the girl on the program received.

“She’s loved. She’s getting affection, she’s getting care, she’s being treated with gentleness, with kindness,” he remembers thinking. “I want to feel what she feels. I want to be loved like she’s loved.” 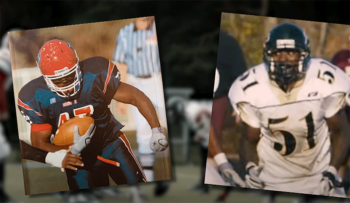 This yearning planted in his heart led him to experiment with boys, craving their attention from a very young age.

“I jumped at the chance to be the girl playing house, or the woman playing doctor, or the girl nurse because it was an opportunity for me to reenact the soap opera scene,” he says frankly. “I have an imagination that creates these atmospheres of what it would be like to be loved like her. They were exciting adventures of discovery.”

Throughout middle school, high school and into college, Victor pursued sex with men and with women.

“That was my life,” he says. “I was having sex with a lot of girls. A muscular guy, football player, I’m having sex with men too. I drank, I smoked. I indulged in these activities to feel good all the time.

“I still felt empty,” he adds. “The space of emptiness was growing. So, I felt like I kept needing to fill it more with the activities I was indulging in.”

In 2008, Victor graduated from college and got a job as a long-term substitute teacher. He moved back in with his parents, trying to hide his gay party life from his parents.

After three years of chasing the illusion of love, Victor came home drunk from a New Year’s Eve party in 2011.

His mom responded by requiring him to go to church on Sunday.

“Go and sin no more,” the Bishop told Victor at church.

The words were uttered as a prophecy specifically for Victor.

The words echoed through his mind and it maddened him because he didn’t really want to stop sinning.

God responded quietly, impressing this on his heart: I love you. I was beaten, I was tortured, and then I was murdered because I love you. Give me everything, and I’ll give you my love.

Victor was momentarily speechless and then managed to utter “Yes,” to God.

“He exchanged His love for every dead thing, and it is the greatest experience I have ever experienced, and I will never turn back,” Victor marvels.

He’s not shy about sharing his story and pointing people to the pure, unconditional love found in Jesus.

“It’s more fulfilling and more satisfying than anything that I have ever felt and ever have experienced,” he says. “The weight of His love is something I can’t describe. And it is what anchors me, and it is what keeps me. It is what brings me joy. It is what fulfills me.”