We left early in the morning as we would attempt to visit two more church planting sites before returning to Addis Ababa so that I could sleep and catch the morning flight to Accra, Ghana. As we turned off the pavement into the sandy Acacia forests of the Rift Valley I quickly realized we were going somewhere I had never been before (30+ trips to Ethiopia- this was a surprise).

After an hour or so of driving we landed in a village on a strip of land between Lake Abiata and Lake Shalla within a National Park.

It was clearly a very Islamic area as there were many mosques. Truthfully, I was stunned that there was actually a community all the way out here. Every time I come to Ethiopia I am culturally shocked by how the majority of the people live like I would have expected back in the time of Jesus (except for the electricity and cell phones).

The roads filled with donkeys, lambs, cattle and goats being chased down by kids that are actually shepherds. Everything looks like such hard work, for the people and the animals. This place was truly all that to the next level. 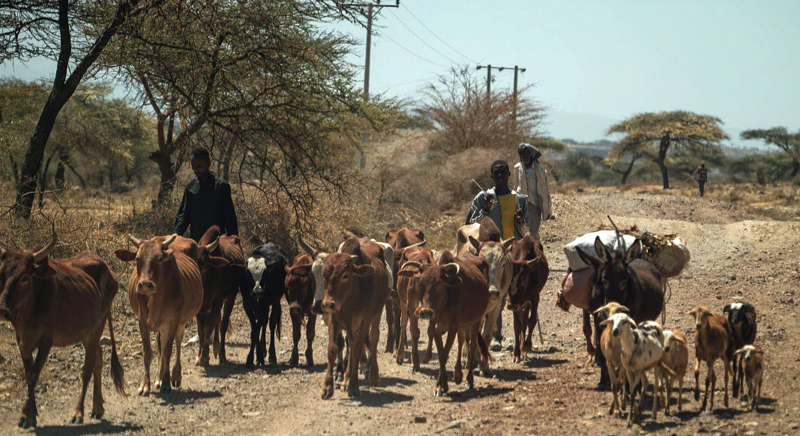 Our driver had to navigate carefully as people had created electric poles out of small, 12-foot-tall sticks that brought electricity from neighboring power poles into the village through very unsafe wiring. These wires would hang as low as seven feet in some spots. As we continued on, the minerals in the sand caused the mud huts to actually sparkle. Unfortunately, I couldn’t really capture it on camera. It was stunning to see such beauty eclipsed by poverty.

As we parked the vehicle, children started coming out from everywhere as rumor got out that a white man was in town. We walked up to a beautiful church structure built by Feyissa, our church planter who had been serving in the area for a little over two years now.

And this gospel of the kingdom will be preached in the whole world as a testimony to all nations, and then the end will come. MT 24:14

Feyissa shared that the community had about 8,000 people of which all were Muslim except for the 34 families (150+ people) he and his teams had led to Jesus. He shared that prior to his arrival (just two years ago), a ministry had been there focusing on community development but not preaching the Kingdom of God. Eventually they brought in a pastor who preached the prosperity gospel which led quite a few people to Jesus who then quickly fell away when the pastor left and they had no physical prosperity to show from it. 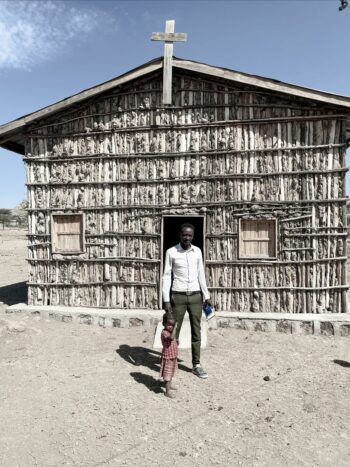 Jesus Film kit and just simply preaches the truth of Jesus and the eternal Kingdom of our God. Another man shared how he was healed from an illness he had been suffering from for a very long time and may others have also been delivered from addictions and demons.

It was once again an amazing experience of seeing how God saw this community that is so remote and removed from the world and placed a believer like Feyissa there to share the truth about the Kingdom of God. It truly gave me a special hope in my heart as all too often I get overwhelmed by the sheer number of unreached communities that exist in Ethiopia, let alone on the entire continent. 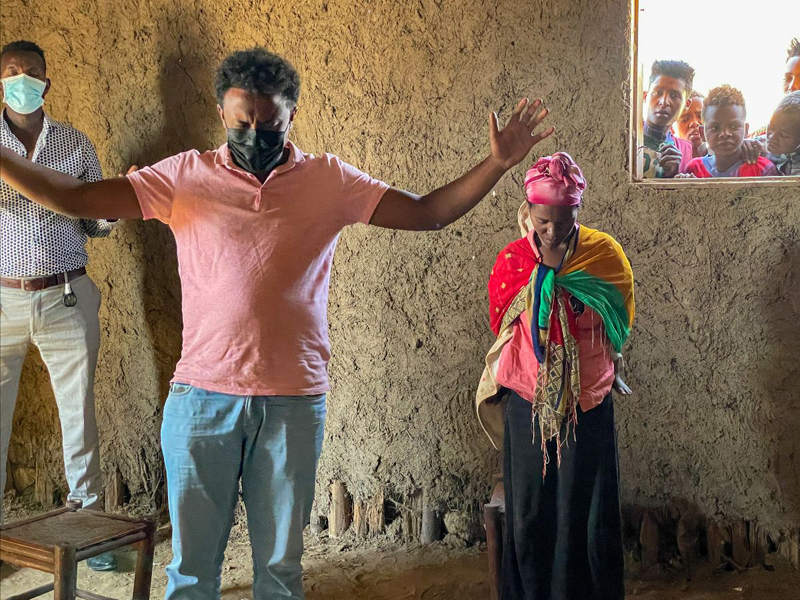 I quickly became aware that it wasn’t my job to reach them all, it was my job to follow Jesus as He reaches them all.

Another Place of Harvest

We prayed together and then left for what would be my last ministry site visit on this trip in Ethiopia. At the same time that Feyissa was sent to this village, we sent Shukie to another village about an hour away. Eighteen months ago I visited Shukie and his house church that had just been given land to build a structure where many could come and worship freely.

Once again, this was nearly a 100% Islamic area. The only reason we were able to even work here was because Shukie is part of the local tribe. There would be no way for an outsider to come in and do such a thing. 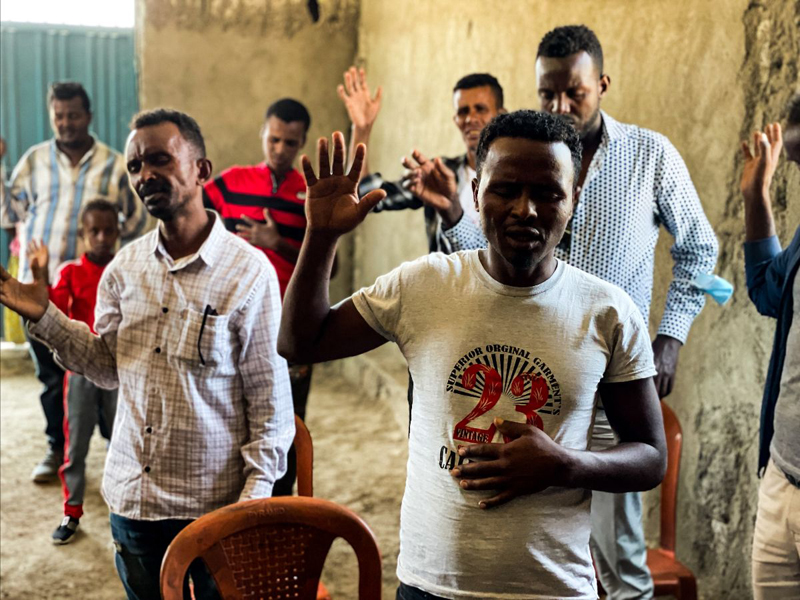 Shukie shared that when he came the Islam was mixed with witchcraft and many people were dying from strange illnesses. It seemed as if there was a curse on this community of 10,000+ people. When he first began the work they simply had two families of believers worshipping in a home together.

Today they now have 50 families worshipping in their new concrete official church that will serve as a mother church to the many soon to come house church plants. They still had many obstacles to face as they don’t have a cemetery (which truly is a reason for a Muslim to not follow Jesus in this culture), but I felt in my heart that God was prophesying eight more churches to be planted within the next couple of years.

While it was the most quiet Ethiopian drive I had ever been on, it was the loudest in my head. I couldn’t help but notice all the turmoil in the world. Just the week before a town in Northern Ethiopia was completely destroyed by Oromo rebels. Just the day before five of our church members in Somaliland were being sentenced for their crimes of being Christian.

In Northern Ethiopia over 4 million people were suffering from hunger due to the political war. Within the last 30 days there were over 45 mass shootings in the U.S.

But all this is only the first of the birth pains, with more to come. Matthew 24:8

Thankfully, we are secure in knowing we win. We just have to win as many souls as we can on the ride to the end!

These will wage war against the Lamb, and the Lamb will overcome them because He is Lord of lords and King of kings; and those who are with Him are the called and chosen and faithful. Revelation 17:14

If you want to learn more about the work of New Covenant Missions, go here