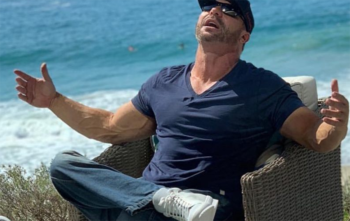 Ed Mylett lost the game for his eighth-grade basketball team. But first he lost his shorts.

He lost his shorts when the whole team pulled down their sweats for warmups. He ran through the layup line and only after missing the hoop realized he was also missing his shorts. In fact, all he had on was a jock strap (he was going to a baseball camp in the evening).

The entire gym erupted. His coach and team scrambled a circle around him and escorted Ed out to find some shorts. The shy kid who only played basketball because his dad forced him was so shaken that when he was fouled in the last seconds of the championship game, he missed two free throws that would’ve given his team the victory. 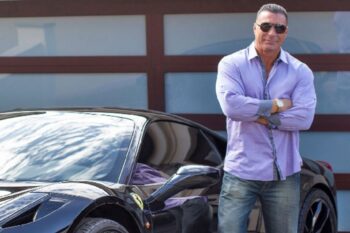 In the evening at baseball camp, Eddie was slugging balls into middle field when none other than Rod Carew spotted Ed and offered to mentor him. The encounter with Carew instilled confidence that allowed Ed to eventually play college baseball.

While a freak accident kept him from MLB, Ed became wildly successful as a financial guy, a life strategist consulted by athletes and celebrities. He’s also a social media influencer.

Ed’s journey to Christ and outsized success began in Diamond Bar, CA, where he grew up in a small home with an alcoholic father, who he worried might turn violent at any time. Ed’s childhood mishaps are now the subject matter of his motivation speeches.

In addition to the missing shorts story, Ed tells of “Ray Ray,” the “punk” neighbor kid who got the whole school to taunt him with “Eddie, spaghetti, your meatballs are ready.”

Ray Ray was a bully and his next-door neighbor, he recounted at a World Financial Group convention. 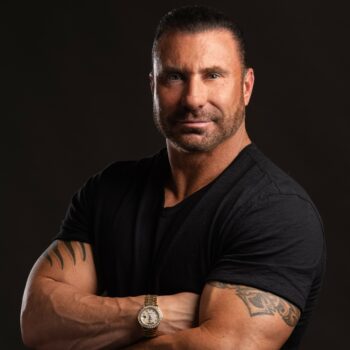 One day after getting licked like always by Ray Ray, seven-year-old Eddie went home to cry to Mom, who hugged him and consoled him.

But when gruff Dad heard the crying and clomped out, he ordered Eddie to go over and beat up Ray Ray immediately. Failure to do so would result in going to bed without dinner.

Scared, Eddie knocked on the door of the tattooed, shirtless Big Ray.

“Big Ray, my daddy says I have to come over here and kick Ray Ray’s butt or I can’t come home for dinner,” he said, terrified. Maybe he hoped Big Ray would exercise parental wisdom and pan the fight, but that’s not the kind of dad Big Ray was.

So with Eddie quaking, the boys squared up. He always got clobbered by Ray Ray. 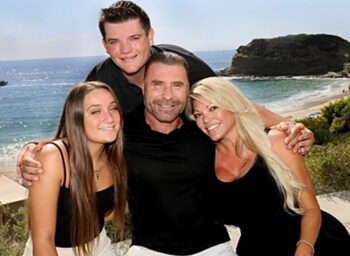 Ray Ray lunged at him.

“By some force of sheer blessing of God, I got this little dude in a headlock and I’m, giving him noogies,” Ed remembers. “I didn’t really know how to hit him, but I was noogying the hell out of this kid’s head.”

Finally Big Ray pulled them apart. “He got you,” he told his son and ordered both to shake.

Eddie went home to eat. What else? Spaghetti.

It was a story of facing your fears and overcoming difficult challenges.

But there’s one more detail to the story. Eddie was 7 while Ray Ray was 4.

His mom, he related, had heard him tell the anecdote once omitting the age difference and insisted he should be more forthcoming. 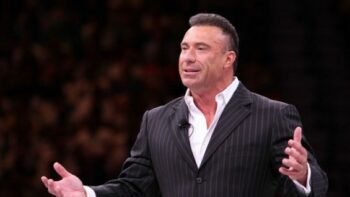 “Why is that even relevant?” he joked. Being bullied by a kid almost half his age was embarrassing — even years later.

With listeners laughing at his embarrassing omission, Ed provided the punch line: The thing you most fear, the thing keeping you from success, the thing you procrastinate doing, is really just a small punk kid you could whip it easily, if only you dared to try.

These are the lessons of life that Ed took with him that helped him overcome difficulties.

When a college injury prevented him from trying out for Major League Baseball, he went back to his parent’s place, directionless and depressed.

“That’s where my business career of hundreds of millions of dollars started for me, believe it or not,” he says. “It started in my little bedroom I grew up with the same posters on the wall and same teddy bear on the bed, eating out of my mom and dad’s refrigerator with no job.”

Dad hooked him up with a job at the McKinley Home for Boys in San Dimas. All the boys were wards of the State of California. Under his charge were 12 boys between 8 and 10 years old. When Ed arrived, the kids were getting ready for school. 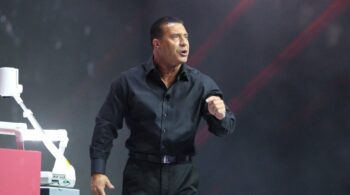 “I saw all these little eyes looking at me and I recognized those eyes because I have similar eyes,” he says. “Any child that grew up in some real dysfunction: drug addiction, alcoholism, abuse divorce, stress and yelling in a house, our eyes are just different. We just want people to love us.

“My life changed instantly. My life became one of serving those boys.”

“It changed my life because for once in my life I found out, man, I love helping people,” he marvels.

The years have passed, but the work at the Boys Home changed him forever. He’s still helping people. He’s helping celebrities and athletes rediscover themselves and take on new challenges once their glory days are over.

It’s been a wild ride. And Jesus, whom he accepted along the journey, has blessed him powerfully. He’s outspoken about his faith amidst a journey pitted with failures: he lost his cars, homes and had his water cut off for lack of payment — typical stuff for the entrepreneur.

He married Kristianna in 1997, and they have two children. But the trappings of success don’t hold his heart, he says.

“What’s really important and what’s really meaningful is that I can bring a lot of people to God that maybe wouldn’t walk into a church,” he told Reclaimd Magazine. “I’m passionate about that. It keeps me going. It obviously is sort of my crusade and my mission is to show people a way to be happier.”

Reporter Michael Ashcraft does financial services on the side in Ed Mylett’s company, WFG. He helps clients with rollovers, life insurance in California, Nevada, Arizona and Nebraska. Other states, and services, coming.