As long as their identities were tied up in this world, Hannah and Jason Lee got crushed, and the inconsistencies between image and reality were driving them to desperation — and to divorce.

It was a case of mistaken identity. They needed to find their identity in Christ alone.

Hannah actually believed God told her she would “make it” in the entertainment industry, so when she slammed up against rejection after rejection at audition after audition, she cried for hours.

“Did you leave school to do this?” one lady asked her, after she had waited in the “cattle call” line of girls trying out for a part. “You should go back to school.”

While the woman’s bluntness may have been well-intentioned, if felt “savage” to Hannah.

After having her ego shredded amidst the garbage disposal of her “talent search,” Hannah got married. Now, her identity was found in being the perfect wife and mother. But expectations of a fairy tale marriage dwindled away.

Hannah and Jason both brought baggage into their union and continually hurt each other.

“There was just the sense of breaking that happened within our marriage, because I could no longer be there for him in the way that I think he needed and he couldn’t be there for me,” Hannah says on an I am Second video. “There was just so much miscommunication, so much wires getting crossed.

“I really started to believe that he did not love me and that I had failed and I just was never going to be enough for him. That rejection narrative was getting even more pervasive.”

For his part, Jason believed himself to the be master of his destiny: he had the successful career, the beautiful wife, the friends and a “pretty high opinion of myself.”

“I was happy,” he says. “But at the same time, I was empty. Something was wrong. It shouldn’t be this way.”

Out of a nagging sense that something was amiss, he went back to church.

“I hadn’t been to church in years and I had such an awful attitude,” he admits. “I mean I was slouched down, my arms crossed. I was like, what does this church have to do with me? When the preacher came up I did not like this guy.”

When I finally heard the gospel, what gravitated me to Jesus was that He came to fill us, to satisfy us,” he says. “And noticing that there was an emptiness in my life, I was like, OK God, I’m all in.”

From not attending church at all, Jason threw himself into all forms of ministry.

“I conformed my whole life into this public image, running 110 miles per hour,” he says. 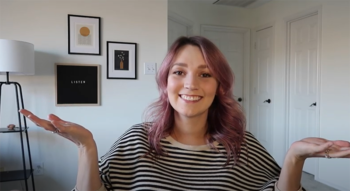 He started suffering burn out, depression and panic attacks. Ministry was his identity, a constant attempt to measure up, to fulfill, to please. It was a works mentality. While supposedly serving Christ, he was leading a life largely devoid of Christ.

“That’s where I found God,” he concludes. “He was waiting for me. He had to take me to my hardest moments. He’s like, ‘This is the Jason who I’ve been waiting for. Now let’s get to work.’ God really started this excavation process in my life. He was upending so much, bringing me to these really difficult pain points in my life and having me to deal with those things.”

Jason experienced an epiphany and a release of burdens with his one-year-old daughter. She was just happy, pointing at things and talking baby talk, when Jason realized that’s how we are to God. God is not looking for a stellar performance. He just wants to enjoy us; we’re his babies.

His relationship with God is not measuring up but simply “being loved right now where I’m at with no expectations. Being fully known and fully accepted.”

Output and performance should never mingle with your identity in Christ. You’re His child. This only.

Jason and Hannah’s marriage is on a better footing now. She “made it” into music. There’s more acceptance, more patience, more grace and love. As soon as their identities stopped needing validation from the world, they became free to be the people God keeps close to His heart.

In his other life, Michael Ashcraft is a Christian financial professionals selling life insurance and annuities in California, Nevada, Arizona and Nebraska.