By Jerry Wiles – There are many African proverbs about mosquitos. One of those says, “If you think you are too small to make a difference, try sleeping in a closed room with a mosquito.” Anyone who has done much international travel in the more tropical regions of the world knows the importance of dealing with mosquitos.

There are actually numerous lessons we can learn from African proverbs, as well as local proverbs from around the world. A proverb can be defined as a short pithy saying that expresses basic truth. In addition to biblical proverbs, there are many verities of local proverbs that can be useful in communicating spiritual truths and spreading the Gospel.

Principles of the Kingdom of God

Trimtab was a new term to me until a friend of mine explained it to me several years ago. In conversations with a group of people recently, I discovered that many are not familiar with the term trimtab. All aircraft and ocean-going vessels have a rudder that guides and directs the airplane or ship. On the tip of the rudder is a much smaller rudder, known as a trimtab. When the trimtab turns, it turns the rudder, and the rudder turns the plane or ship.

Since learning about trimtabs, I have discovered that there are many implications of this concept. We could think of trimtab as a modern-day parable incorporating the kingdom principles Jesus spoke about in the Gospels. For example, He said the kingdom of God is like a mustard seed and yeast. A very small seed can produce a large plant, and a small amount of yeast can affect a large lump of dough. It’s a great lesson to know and understand how little things can have such great impact, especially in relation to our service and influence in ministry and mission work. It’s also encouraging to know how God uses so many different ways of advancing His Kingdom and how we can participate in His redemptive activities.

Communicating Truth by All Means

Several years ago, we began hearing reports of how churches were starting and reproducing in remote areas through radio broadcasts. One program consisted of simply reading Scripture at dictation speed, with no commentary. What was discovered later was that students were copying the Scriptures, reproducing and distributing them. Discussion groups were springing up around the life, teachings and Spirit of Jesus. Churches were being planted, growing and reproducing. This is a great example of how God uses multi-model methods to spread the gospel and advance the work of the Church. In this case, it included oral or spoken methods, along with the use of modern technology and print-based media. 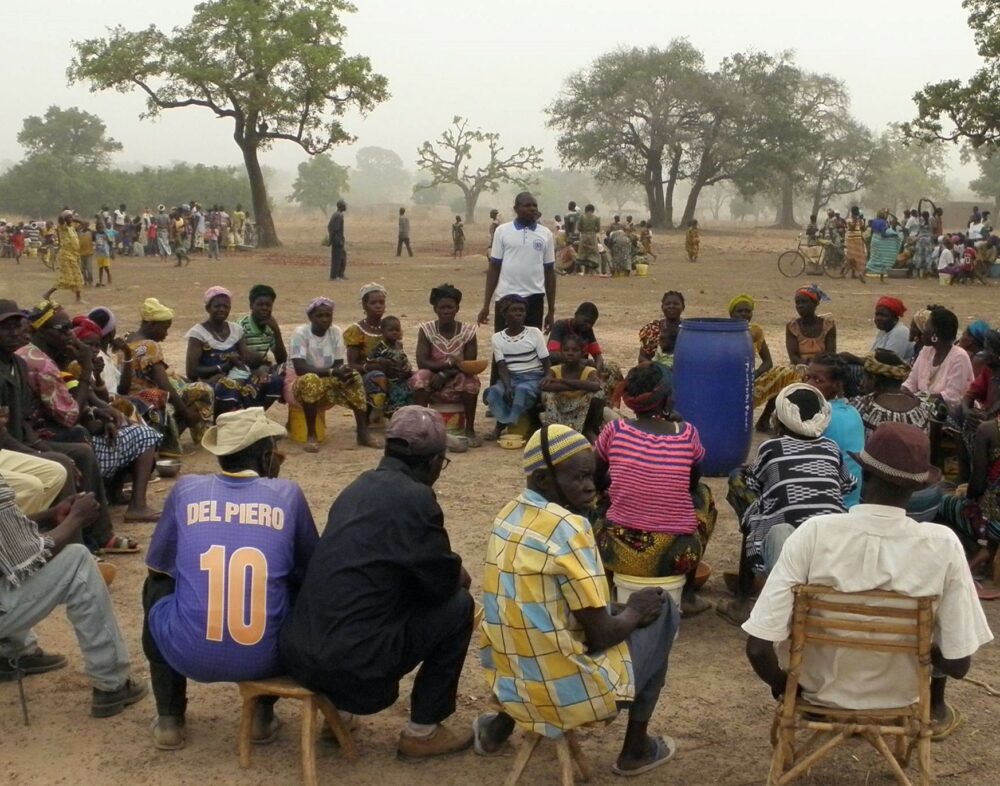 In the Orality movement we like to emphasize how God is using all means available for communicating the gospel, making disciples and multiplying church movements. Of all the ways and means He has used, and is using, most people have come to the Lord through Orality-based methods. Churches, of course, depending on the culture and context, can include cell groups, simple, organic, house churches, congregation that meet under trees and many other expressions of the Body of Christ.

Focus on the Few to Impact the Many

There are many examples of this Trimtab Factor, how a little change can make a big difference. We have many accounts in Scripture, throughout history and in contemporary life of how little things can make a great impact. Most major movements and spiritual awakenings have started with one person or a small group. For example, I’ve had the opportunity of introducing people to Jesus, then discover later the impact they have had on others. It’s actually the reproducing life of the Lord Jesus in and through our humanity that produces lasting fruit. We could also think of it as the Trimtab effect, or demonstrations of the kingdom principles of the mustard seed and yeast. As followers of Jesus, we can trust that the Holy Spirit will connect us with those with open and fertile hearts. When we introduce one person to the living Christ, it often opens up an entire network of new connections and relationships.

The Mission Field We All Live In

Every Christ follower lives in a mission field, made up of families, neighbors, co-workers or fellow students, and friends, as well as those in our normal traffic patterns. Every individual we encounter also has a network of relationships, made up of families, neighbors, co-workers, friends and others. Being aware of the Trimtab factor can help us realize the potential we can have for the kingdom by sharing the gospel with one person. We can focus on the one, or the few, in order to impact the many. It valuable to know what it means to be salt and light and to realize that we can be part of reproducing and multiplying spiritual movements. Every member of the Body of Christ has the capacity and opportunity of participating in church multiplication.

The Spark that Ignites

In our Orality Training and practices with Living Water International over the past decade we’ve observed that God often uses the most unlikely people to spread the Good News of Jesus. Sometimes all it takes is a spark that ignites a movement of reproducing communities of disciples and churches.

My longtime friend, Dick Eastman, recently shared with a group of us at the Jericho Center in Colorado Springs on the topic of spiritual awakenings. He pointed out that every major movement of God throughout history started with a few praying people. He noted research by historian J. Edwin Orr that throughout Church history these awakenings started, on average, with eleven people.

God will Honor our Words and Deeds

It was encouraging to recently reconnect with a man that I led to the Lord almost 30 years ago. He told me about several family members and co-workers that he shared with and had also come to the Lord. In fact, one of his brothers had become a pastor in his home country in the Middle East. When we sow the Seed of the Word of God, we can have confidence that it will not return void. If we sow sparingly, we will reap sparingly, but if we sow abundantly, we will reap abundantly, as we’re told in Scripture. God is faithful and will honor the little things we say and do in His Name.