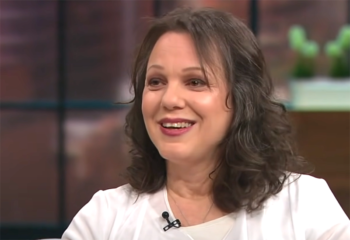 After Shiri Joshua was told she had a rare, virulent form of breast cancer (already at stage 3) she faced a stark choice one Friday afternoon. Would she start chemo or undergo a mastectomy on the following Monday?

“I honestly didn’t even comprehend those words,” Shiri says on a 100 Huntley Street video.

An Israel-born Jew, she moved to Toronto at 19, but her family continued to speak Hebrew at home. She always had an inquisitiveness about spiritually. Due to her upbringing, she thought she could only be either orthodox or a secular Jew. 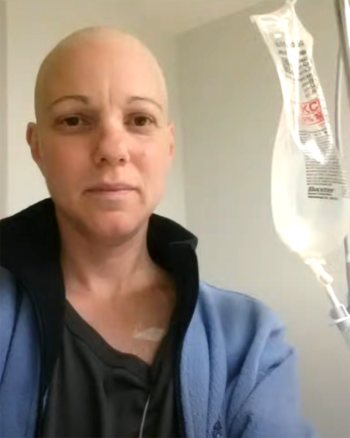 But after she moved to Canada, she fell under the spell of the New Age movement.

“I really did not feel that my traditional Jewish upbringing would satisfy what I wanted,” she says. “I knew there was a God, I just did not know Him.”

Two years prior to her diagnosis, she had a vision of Jesus. She had heard about the Lord but felt she needed to avoid Jesus because of her Jewish background. But in her search for spirituality one day, she asked God if Jesus was real.

“I was in my bedroom not sleeping and I saw Him. I had an open-eye vision of the Jewish Jesus. He looked very Jewish to me,” Shiri recalls. “God in his brilliant way of doing things appeared to me in a way that I would not find threatening. He appeared to me with a talit, a prayer shawl.

“And he said, ‘Come to me.’ His eyes were just love. It must have been a split second, but it felt like eternity.”

So, in the cancer clinic in British Columbia, after the doctor left the room, she fell to her knees and prayed to Jesus. 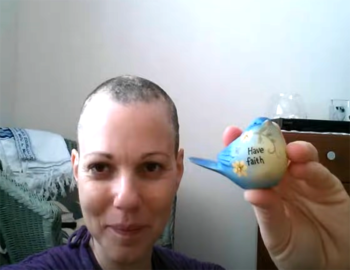 She gave her life to Yeshua/Jesus, the Jewish Messiah, and was born again. “A wave of peace came upon me. I wanted Him so much but I was so afraid because I was Jewish.”

Without delay, she underwent the mastectomy and started chemotherapy. She moved back to Toronto to be with her family. A friend brought a pastor to visit her and she received Jesus into her heart. Six rounds of chemotherapy took six months.

She moved in with her parents and was a secret believer for a while. “I didn’t want to offend my parents with my new faith, but all I had was Yeshua,” she says.

She started attending a messianic congregation. Ultimately, her parents found out and accepted her decision to receive Yeshua.

For those struggling with cancer, she says, “Grab a Scripture and stand on it.”

Another favorite is Isaiah 43:7, “Everyone who is called by My name, Whom I have created for My glory; I have formed him, yes, I have made him.”

Seven years later, Shiri is cancer-free. “Amen! I am cured!” she declares.