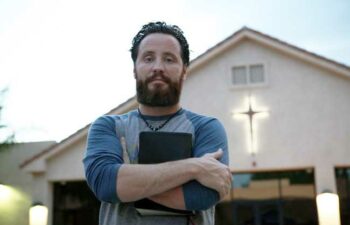 His double life as a Christian father and drug user collapsed when Jeff Durbin overdosed on ecstasy.

“I realize I’m dying. I’m dying. This is where it ends, and I recognized that there’s no way to control this,” Jeff says on a CBN video. “At this point, I have probably limited moments left before I’m gonna pass out.”

How did Jeff get tangled in drugs out of a childhood of discipline and training as a martial arts competitor?

Jeff trained in martial arts from age four to 16.

Flipping through the TV channels one night, he listened to Billy Graham and accepted Jesus into his heart. He wasn’t raised in a Christian home.

“I remember that something had completely changed,” he says. “In my mind, in terms of how I thought about Jesus and the Bible, and I immediately became the person that was interested in reading the Bible and telling people about Jesus.”

But the life transformation was only partial. Along with competing in karate, he liked to flirt with girls and indulge his lusts.

Jeff married his high school sweetheart, but he continued partying and clubbing.

When he tried ecstasy, his liked it and tried it again and again.

He told his wife he was working, but he would take drugs and disappear for a day or two.

“I would do ecstasy, cocaine, alcohol pills, whatever was available,” he recounts.

He hid his drug use from his wife by profusive lying, as she tried to nurture their one-year-old.

Despite the partying life, Jeff was a successful financial planner.

One night while on an ecstasy trip, his heart started racing wildly and his body overheated. Death was coming and he could sense it.

“It was the one moment in that year where there was some clarity about who I was and what was happening, and I remember that I said to God, ‘Please, don’t kill me yet. Let me come out of this…bring me out of this.”

“It was like I snapped completely out of the most horrible physical experience in my life, where I’m about to die and instantly like it never happened,” he says.

But Jeff did straighten up. 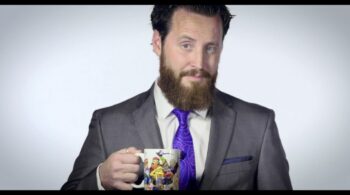 “I was just a rebel,” he says soberly.

Change came when he lost everything in one day: his car got repossessed, his electricity was shut off, an eviction notice was on the door and he was dismissed from his work.

Sitting at home with his wife and young child, he soberly assessed his life.

“All I had in that moment was to listen to God,” he says.

God spoke to his heart and Jeff finally listened.

“I just remember being completely broken,” he says. “I saw myself for who I was, just a mess — a rebel, a mess, a liar.”

HIs words of prayer — if there were any at all — were few, according to what he recalls.

“Please save me, save me,” he thinks he prayed. “You’re the boss. You tell me what to do. Save me from my sin.”

That was the beginning of transformation.

“I would have kept going until I was dead in the dirt,” he says. “There’s no question about that. Why am I not getting drunk today? Because my passions were totally transformed.”

Today Jeff is a pastor at the Apologia Church in Phoenix. He and his wife have been married for 20 years and have a large family.

He’s worked as a chaplain in a drug treatment facility.