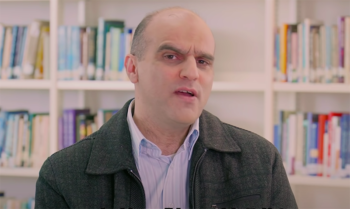 By Genesis Mendez and Michael Ashcraft —

Dr. Ayman Srour didn’t mind if innocent Jews were killed alongside guilty ones because Jewish soldiers beheaded his grandfather in retaliation for a Jewish soldier killed at Eilabun in 1948.

“When the Israeli buses were exploding, I would say, ‘Hail, Hamas!’ and ‘Cheers to Fatah!’ I used to say, ‘You are the jihadists, you are the truth, you are the strong who defended my honor!’ I became a young man whose heart was filled with hatred.” (Hamas and Fatah are Palestinian groups fighting against Israel.)

Dr. Ayman no longer rejoices over such atrocities because he started thinking about his sister in Haifa. There was a terrorist attack in Israel’s third largest city and a lot of orthodox Jews were killed. What if his sister had been close to the explosion and been killed? Would he celebrate?

Should the innocent die along with the guilty?

The question began to unnerve him more and more and ultimately overturned his political worldview.

Dr. Ayman’s journey from Jew-hater to Jew-lover is a story of hope for the strife-plagued Middle East.

His story and the conflicts in his heart started in Eilabun, a tiny Arab town in Israel’s territory 11 miles west of the Sea of Galilee. The Arabs there are Christians, not Muslims, so getting embroiled in the Muslim-Jewish conflagration surrounding may have been unintended but inevitable.

In 1948, joint Arab Muslim forces moved in to “liberate Palestine” from the United Nations-decreed formation of the Jewish state of Israel. Israel was formed after the world saw the horrors of the Nazi Holocaust. The recently formed U.N. voted to officially recognize a homeland for the Jews.

Palestine had been under colonial rule as part of the British Empire. But the post-World War II zeitgeist was to grant independence to former colonies, and jurisdictional authority was awarded to the Jewish people. 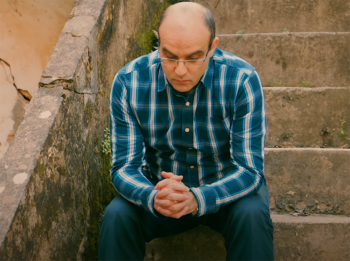 The Palestinians were outraged, and so was the Muslim Arab world, who mustered forces and formed armies to wipe Israel off the map. Fawzi al-Qawuqji occupied Eilabun with his Arab Liberation Army. His forces killed two Israeli soldiers. The head of one of the soldiers was used as a soccer ball in town.

The barbarism was designed to manifest scorn for the hated “Israeli occupiers.” It enraged Israeli soldiers, who shortly thereafter captured the town.

“The people who cut off his head were not from Eilabun. They were the so-called Liberation Army that arrived from Arab countries to save Palestine from the so-called (Jewish) enemy,” Dr. Ayman says. “But the villagers mourned the death of the man. Eilabun’s people did not instill hatred and resentment into their hearts. Instead, they followed the basic human principles: Love your neighbor, Respect, do not scorn the other.”

Israel’s soldiers, which soundly routed the Arab armies on all fronts, came to Eilabun wanting to avenge their fallen comrades. They didn’t have the time to bother with the finer points of difference between the Arab Christians and the Arab Muslims. Though villagers waved white flags upon the advance of the Jews on the town, the Israeli soldiers decided to make an example of their superior power.

Without any trial or deliberation, they executed 14 men in what is known as the Eilabun Massacre.

One of those men was Dr. Ayman’s grandfather.

“He was killed in cold blood,” Dr. Ayman says. “My heart was full of anger. Very deep anger.”

As a child, Dr. Ayman accepted Jesus into his heart upon watching the JESUS film, put out by Campus Crusade for Christ. But his childish enthusiasm for a true relationship with Jesus got smothered by the hate growing in his heart for the loss of his grandfather.

Any vestige of an authentic Christian faith were swallowed up by his animosity. He was a Christian only by birth, only by name. Hatred simmered inside.

The critical turning point came when he got the chance to complete higher education in Italy. He had been musing for some time: What would he feel if his sister were killed as a bystander in the broader Arab-Jewish conflict? And it troubled his worldview seeing Jews as villains.

But when he got to Italy, somebody handed him a tract about the End Times. He was invited to an evangelical church.

Dr. Ayman decided to lay aside politics and find God. He went to the church. He didn’t tell the brethren that he was Palestinian. He simply said he was from Israel. He was surprised to be received with open arms.

“I felt the presence of God there!” Dr. Ayman says. “The people taught me the truth in love. They did not force anything on me. They expressed love.” 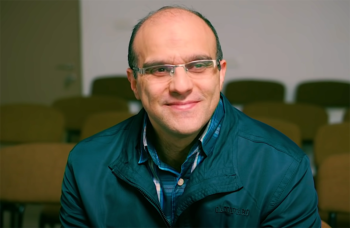 Slowly, the layers of bitterness and unforgiveness were peeled away through many sermons and many Bible studies. The unadulterated words of Jesus found new clarity in his mind.

As he rededicated his life to Jesus as Lord and Savior and began to grow, he realized that Jew-hating was not acceptable.

“My hatred of the Jews was not rational,” Dr. Ayman says. “It was the devil’s hand that acted secretly. He blinded my heart and my thoughts.

“The Bible is light. It has opened the eyes of my heart and removed the grudge and hate of the Jewish people. Why should I respond with evil for evil? As the Bible says: ‘Love your enemy and bless those who curse you. Do good to those who hate you and pray for those who persecute you.’”

It is no small thing for an Arab Palestinian to break ranks with his fellows and declare his love for Israel. It’s like a betrayal.

But Jesus transforms people and transcends political conflicts. He is the best hope for peace in the Middle East – and the entire world.

“Today I am a soldier of Jesus Christ. Today I declare my love for the Jewish people. Why? Because God is love. He reigns in my heart and my thoughts. The old has gone.”