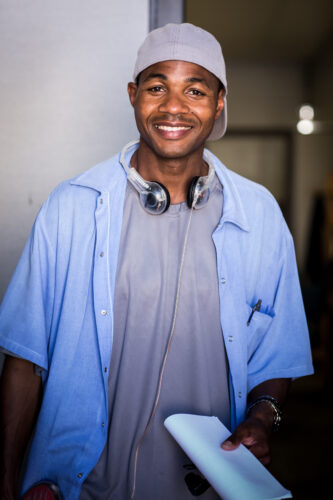 For his first crime, Curtis Carroll was congratulated.

“It was the first time that I was told that I had potential and felt like somebody believed in me,” Curtis says on a TED Talk. “Nobody ever told me that I could be a lawyer, doctor or engineer. I mean, how was I supposed to do that? I couldn’t read, write or spell. I was illiterate. So I always thought crime was my way to go.”

Learning on the mean streets of East Oakland that crime was the way to get money led him to a 54-year-to-life sentence in San Quentin for a robbery that backfired and ended in murder.

Today, Curtis has served 24 years on that sentence, gotten saved, taught himself to read and learned about financial investment.

His success at picking stocks earned him the nickname “The Oracle of San Quentin,” but inmates call him “Wall Street” because he teaches a financial literacy class based on the idea that teaching convicts how to make and save money through legitimate modes will keep them from resorting to illegitimate means once they’re out.

Curtis Carroll was surrounded by the vicious hood devastated by the crack epidemic of the 1980s and 90s. His mother donated blood to get money to feed her kids. His uncle taught Curtis to steal quarters from arcade machines. 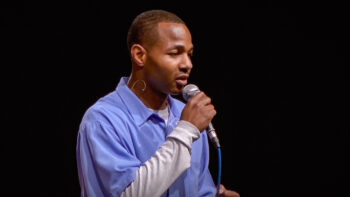 On one occasion a security guard spotted him stealing the quarters and Curtis ran, climbed a fence, but the weight of the quarters in his backpack caused him to fall back to the ground.

When he was released to his mother from juvenile hall, his uncle told him to be smarter next time: “You weren’t supposed to take ALL the quarters.”

Ten minutes later, they burglarized another arcade game because they needed to buy gas to get home.

At age 17, a botched robbery turned fatal, with Curtis pulling the trigger on 22-year-old Gilberto Medina Gil. Curtis turned himself in to police and was sentenced to prison for the murder of Gil.

Because he was illiterate, he would let his cellmate read the sports page to him. But one time, he accidentally grabbed the business section.

An older inmate casually asked if he traded stocks. Curtis couldn’t read, much less know about stocks, so he asked.

“It was the first time that I saw a glimpse of hope, a future,” Curtis says. “He gave me this brief description of what stocks were.”

Curious to learn more, Curtis, at age 20, taught himself to read.

“It was the hardest thing I’d ever done in my life. It was the most agonizing time of my life, trying to learn how to read, (facing) the ostracism from my family, from the homies,” he says. “Little did I know I was receiving the greatest gifts I had ever dreamed of: self-worth, knowledge, discipline.”

Next, he studied finance in general and the stock market in particular. He scoured the business sections of the prison newspapers and checked out books from the prison library. His role models changed from drug pushers to William Bennett and Bill Gates. 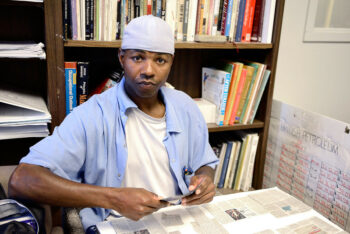 He started investing, with the help of family members on the outside of prison, in penny stocks. He used the money he got from selling unused postage stamps and selling tobacco to his fellow inmates, according to MoneyWise. As he earned small returns, he made bigger picks.

Outside prison, his money was growing. He will be well-positioned to become a tax-paying member of society contributing to the economy once he gets out — unlike so many other inmates who are expected to “make it” outside without support or money.

“A typical incarcerated person would enter the California prison system with no financial education, earn 30 cents an hour, over $800 a year, with no real expenses and save no money,” Curtis says. “Upon his parole, he will be given $200 gate money and be told, ‘Hey, good luck, stay out of trouble. Don’t come back to prison.’

“With no meaningful preparation or long-term financial plan, what does he do? Get a good job? Or go back to the very criminal behavior that led him to prison in the first place? You taxpayers, you choose.”

In response, Curtis led the charge to add financial education to prison reform. And prison staff responded, making arrangements for him to teach about finances in San Quentin’s chapel. 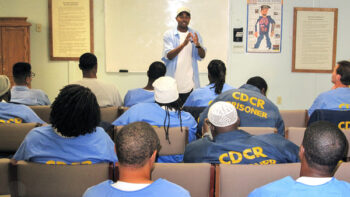 Curtis not only picked up financial knowledge in prison. He also picked up Jesus.

“I want to give all glory to God, because without Him I wouldn’t look or feel like this,” he says on Inside the Rift. “Real freedom is a mental state, not a physical one. I remain cheerful due to God’s grace and the gift He’s chosen to give me. I stay focused because with this gift I have been given, there is a job that needs to be done.

So Curtis is treating the whole man: Jesus to heal the soul and financial knowledge to give the broken man a strategy to succeed in practical terms once he’s out.

His seminar for inmates is called Financial Empowerment Emotional Literacy, or FEEL. Guys with dreadlocks and tattoos are his financial disciples.

What’s true for inmates is true for anyone: If you spend or invest with your emotions, you will fail. Gain power over your emotions, and you will save, you will buy stocks when prices are low and sell when they are high, not panic on a downswing or buy on an upswing.

“Forty percent of marital problems derive from financial issues. You mean to tell me that people worked their whole lives, buying cars, clothes, homes and material stuff but were living check to check? How in the world were members of society going to help incarcerated individuals back into society if they couldn’t manage their own stuff?

Curtis teaches men first to save what little money they earn through jobs in the jail. He teaches them to assume responsibility and live frugally. He gets them ready for life on the outside.

Tom De Martini took the class as a volunteer in the prison. “Everything he says is stuff you hear from other experts,” says the insurance agent. “But to be doing it behind prison walls, it’s so impressive.”

The basics, according to money guru: