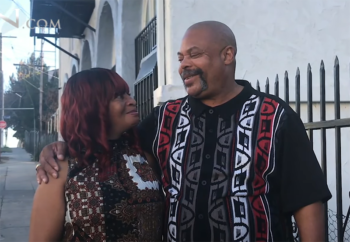 As he lay on the floor from a sudden and unexplainable fall, John Hawkins shuddered, pondering the implications. There had been no obstacle to trip on. He had simply collapsed.

“it scared me to death because I didn’t trip on anything,’ the retired carpenter-turned-pastor says on a 700 Club video. “My hip just gave out. I didn’t understand why.”

John was 60. An orthopedic specialist said a tendon in his hip was gone and bone was grinding against bone, generating extreme pain. He would need surgery. But he didn’t like what he read about alloy hip replacement recalls.

John started using a cane and needed help from his wife, Rose, to put on his shoes and get in and out of the tub. The pain was so bad that most of the time he just wanted to stay home,  feeling miserable. 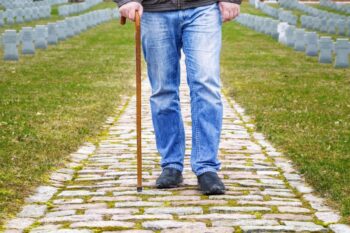 “I’ve always been active, and I liked to work. I worked with my hands,” he says. “My mom was a good example of work and a lot of good work ethic in my family. Everybody worked all their life, always worked for what you want.”

Eventually, he realized he needed to pray for a healing.

“It felt so bad, I didn’t want to move. I was angry real quick,” John says. “I only wanted to move or go outside when I had to. But the pain got so excruciating to where I said, ‘Well, you know, there’s power in prayer, and God healed me before, so let me try this.’”

After a year of prayer, he was watching Christian television, and the hosts were praying for a breakthrough.

“There is someone, you have been praying a long time to the Lord with something. I don’t really know what this is. I don’t know if it’s physical, financial, psychological, or whatever, but God is in the midst of changing your situation,” prayed Terry Meeuwsen. “Praise the Lord before you even see what is being done.”

What was being spoken on the TV screen struck a chord in his heart. He wanted to be the one Terry was referring to prophetically. 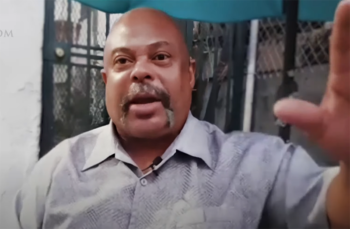 “Lord, I’m gonna touch and agree with them,” he uttered. “I’m gonna pray and have my hand on my hip. I’m going to believe for this healing.”

When he went to bed that night, he believed.

“I had tears in my heart, joy in my body because I was praying with Pat (Robertson) and Terry and it felt so good!”

The next morning, he felt fine. And all day. The next day, he didn’t even think about the pain.

One day, he suddenly realized he had not felt the stab of pain in all that time. When his wife bent over to get his shoes for him it hit him with a jolt.

“Wait a minute, these last two weeks I haven’t had any pain in my hip,” he said to her. “In fact, I have been getting out of the bathtub, lifting my leg by itself! Wait a minute, the last time I had pain was the day before I watched Pat Robertson and Terry and I prayed and laid hands, and I touched and agreed with them, that pain was gone that night.”

Whereas the pain had been a constant reminder, the lack of pain caused him to forget.

“I started praising Him,” John says. “I fell to my knees and started crying.”

John has been loving his active, pain-free life ever since.