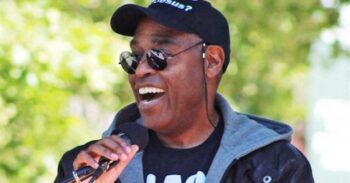 Rev. Walter B. Hoye II believes the Civil Rights movement has sold out on the abortion issue.

“In the middle of the 60s, all of us knew that Planned Parenthood was just a racist dog,” he charges on LiveAction. “We’ve sold our civil rights legacy. We’ve said publicly, ‘a woman’s right to choose’ is a civil right. If you can’t get out of the womb, nothing — nothing — matters.”

In 1965, Cecil Moore, then-president of the NAACP, recognized the threat when he said, “Planned Parenthood’s plan is replete with everything to help the Negroes commit race suicide.” 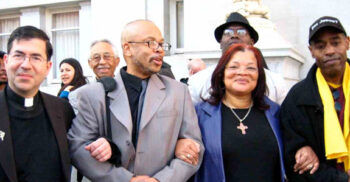 So how did a movement calling for equality and respect for life degenerate?

It was coopted, Rev. Hoye contends. “The first two pro-life groups in America were Black,” Hoye says. “Even the Nation of Islam and the Black Panthers were pro-life. We’ve always known what abortion is and what abortion does. Always. And what we’ve done as a people — it’s us, it’s not white folk, it’s us — we sold out.

“The problem isn’t that Margaret Sanger fooled us,” he adds. “Yeah there was a Negro Project. And yeah, she paid many of the most influential Black history figures to be part of that project. They’re listed and that’s not a secret. They were getting paid to preach birth control sermons in church.” 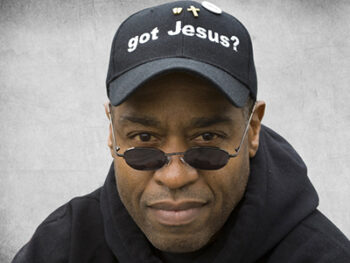 Sanger, the founder of Planned Parenthood, started advocating birth control as part of her eugenicist’s beliefs (the idea of Hitler that the white race is superior and other races needed to be eliminated from the Earth). Abortion factored into the end game.

As a result of this nefarious plan, the black community is in jeopardy of declining as a population, Hoye says.

“In order for any demographic to continue to exist, the replacement level is 2.1,” he says. The black fertility rate was 1.8 in 2017 and has declined to 1.7 currently, according to Live Action. “At this rate, by 2050 the total Black fertility rate will have dropped to 1.3 or lower. There’s no economic model in the world that will let us bounce back.

“If we don’t stop aborting our children at the rate we are aborting them now, no more no less, we just keep on doing it, we’re going to be facing irreversibility. Whether we admit it or not, we’re killing ourselves.

Hoye is the founder and president of the Issues4Life Foundation in California. It was the premature birth of his son in 1984 that highlighted the realities of the fetus and brought it to the forefront of his mind, according to his website. His son weighed 2.1 pounds.

The focus of Issues4Life is on persuading mothers to seek alternatives to abortion. The group doesn’t focus on legal action, because he believes as long as there’s demand, there will always be supply. He strives to decrease demand so that eventually abortion will not be economically viable, regardless of what the Supreme Court says.

Black pastors, he says, need to go back to preaching pro-life messages because people today “are living in an environment that is toxic to the pro-life message. Satan is real.”