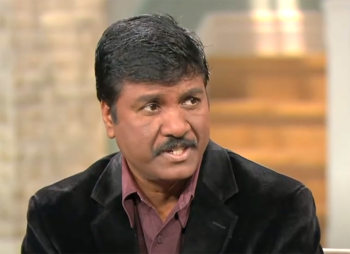 How dare Kumar Swamy, born an “untouchable” in India, carelessly bump into a Brahmin playing cricket on the street one day in his village in India? It was only an accident, but the upper caste boy was incensed.

“You dirty Dalit (untouchable) dog!” he says on a 100Huntley video. “I became very mad. I had the cricket bat in my hand. It’s like your baseball bat, thick and hard. I took it and gave him a whack.”

According to Hinduism, the Dalit must be careful to never “contaminate” an upper caste. Immediately, people started to gather and formed an angry mob of about 100. Stirred and restive, the people ultimately forced Kumar’s family to leave the village forever.

“My mom was constantly telling us we were untouchables,” he says. “Oftentimes she would use the words, ‘we are sub-humans’ — not really human beings. You can imagine how I would feel like a child, constantly hearing it from my parents, my mom, telling me that we are not real human beings.”

Frequently, the untouchables perform the most menial of jobs, such as cleaning sewers, for a pittance. But Kumar’s dad made good money as a witch doctor. He talked to spirits, cast and broke spells and was highly sought after because of the dark arts.

“You could imagine how totally my family was under the clutches of the evil spirits,” he says. “It was an oppressive, grim, gloomy reality of my childhood.”

Kumar was 11 years old when he struck the Brahmin boy with a cricket bat. Usually, he played only with other untouchables, but sometimes they played with others.

“He was hurt, he was bleeding and there was a big commotion in the village,” he says. “Nearly 100 of his relatives came from nowhere within no time and they just held me guilty.” 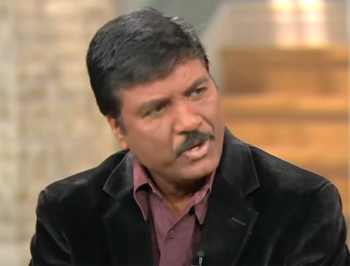 It was probably a good thing that they didn’t kill Kumar. Instead, they exiled him.

“We packed what little stuff we had and just left the village to another village, where the Dalits were predominantly gathering,” he says. “That left a very deep wound in my heart.”

With the move, his father lost work and they suffered scarcity. Kumar asked himself many searching questions.

“Why did God create me as a Dalit, as untouchable, as a sub-human?” he said. “We were praying to all these millions of Hindu gods — and no answer. So, as you can imagine, I was left a very depressed, disillusioned, young man seeking for hope in my life, seeking for reality.”

He didn’t want to be alive anymore.

Six years later, Kumar’s brother came home after being away for many years. He had become a Christian.

“He came with a big beaming smile on his face,” he remembers. He had stopped to listen to a group of Christians singing and preaching on the streets. He heard the Gospel and accepted right then and there. The Christians gave him a Bible.

This was an epiphany. It released him from a lifetime of stigmatization, of abuse and systemic oppression. If he was made in the image of God, Kumar was NOT an untouchable. He was free from the weight, from the unfairness.

“I accepted Jesus that night,” he beams.

But years of ingrained lies weren’t dissipated instantly. It took years for him to really internalize the truth.

“Honestly speaking, it took some time for the truth to sink in in me because it was too wonderful for me to believe that God could create me in his image, the Almighty God.”

Kumar readily accepted Jesus, but his father, entrenched in Hinduism, resisted. His mother came to hope in Jesus also.

“God is doing something unusual, unprecedented in our nation,” Kumar says. “Today, among the Dalits and one day, we want to see the Dalits all coming to Jesus, that’s, our prayer.”