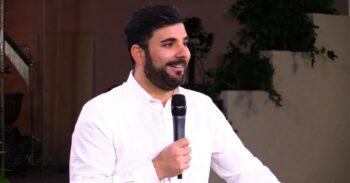 The dead bodies hanging by a noose on public streets and markets disturbed Ramin Parsa, a child growing up in Iran during the strict Shiite Muslim regime of the Ayatollah Khomeini.

“They executed people in front of children,” Ramin says on a video posted to his channel. “I could not eat for two weeks, I was so shocked.”

When Khomeini and the anti-American Islamic radicals staged a coup and ousted the Shah of Iran, they implemented a stringent form of Islam that included public executions of alleged enemies and self-flagellation while walking barefoot through the streets.

“The newspaper is Islamic. The media is Islamic. Schools are Islamic. Society is Islamic. Everything you can see and hear is Islamic,” he says. They want to dish in doctrine. They want to brainwash you. We had no magazines, no books. They showed the caricature of the Israeli soldiers, killing Palestinian babies and they sowed the seed of hatred in our hearts.”

Deeply motivated to live for Allah, Ramin went to the mosque every morning at 5:00 am for the earliest of five callings to prayer a day. Every morning at school, they shouted, “Death to Israel! Death to America!”

But when his dad died, life dried up for him. He was no longer able to go to school.

“I started questioning my faith,” he admits. “Is this really the truth that we believe? I started going down and down and down into hopelessness, into depression. I left all my friends. I left all my family. I left everybody that I knew and I locked myself in a dark room, turned the lights off and was thinking about past and present and future.”

Death haunted him after his father’s death. It haunted him because Islam offers no real assurance that you will be admitted into Paradise. The true Muslim is constantly warned to do more, to pray and fast — and even join jihad — to curry Allah’s elusive favor and be granted entrance into the afterlife.. 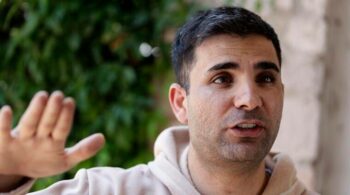 “Out of fear I said, ‘What is gonna happen to me when I die?” he says.

Aside from the public hangings, he also saw men’s backs slashed and bloodied for drinking alcohol. Mohammad prescribed public punishments to instill fear in the populace.

The Revolutionary Guard routinely prowled the streets. If you were wearing a T-shirt with the image of someone, they took it from you and punished you. Islam stringently prohibits artistic renditions of any person or animal as a means to avoid people falling into idolatry. This is why so many of the earliest architecture has ornate geometric patterns but no other artwork.

In spite of it being illegal, every house has a satellite dish, which is a great alternative to the non-stop religious propaganda pumped out over government-run channels.

So he flipped on Trinity Broadcast Network. He heard about Jesus. Everything he heard through Islam about Jesus was contradicted: The Son of God did indeed die for our sins; he was more than just a prophet.

Importantly, he rose from the dead.

Ramin didn’t immediately believe. He had been taught it was “baloney,” so he turned it off.

He couldn’t turn off the depression.

“I could feel the thick darkness around me,” he says. “I could feel something inside telling me to kill myself. There was hatred and hotness in my heart.”

Another day, he watched the “heretical” channel.

“If you give Jesus your heart, he will change your life. He loves you,” the man was saying. “He died for you and rose again from the dead.” 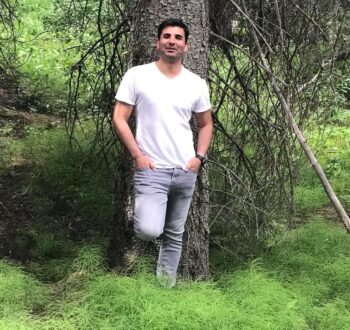 “I just opened my heart and I said, ‘Jesus I do not know You. I’ve been told that you are only a prophet. But if you are the Son of God, if You really died for me and rose again, today I open my heart.”

Asking to be forgiven of his sins, he started weeping. He felt God move in his body, providing heat and warmth.

“All my body was shaking and trembling,” he says. “There was such a peace and joy in my heart. It was like somebody lifted off a 200-pound weight off my shoulders. I felt like I was about to fly. I was so rejoicing.”

He rushed to see his mom.

“Why is your face is shiny?” she asked bewildered. She knew her son was lost in the languor of hopelessness. The transformation was dramatic and immediately noticeable.

Ramin was feeling a rush of joy, so he rushed to pray for his mom, who was battling cancer for years.

Without anyone ever having told him, he laid hands on her and prayed, “In the name of Jesus, I command sickness and pain to leave.”

His mom, a devoted Muslim, was instantly healed. 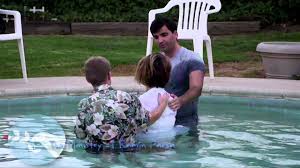 “My sister saw the change in me. I was so nice. Before that I was grumpy. I was arrogant. I was hopeless. I was angry,” he says. Now my sister saw me so respectful, so nice, so kind.”

His siblings all have been coming to the Lord.

Next, Ramin went on a search to find a Bible, which is illegal in Iran. He looked for three months, in libraries, bookstores, anywhere. No Bible was to be located.

He logged on to the Internet and searched “injeel,” the Farsi word for Bible. The government had blocked it.

He delved into computer science and learned that he could access the Bible via a proxy. He pored over the Gospels, and they filled him with elation.

The Koran is filled with death and destruction, he says. As he read the Gospels, he saw a striking contrast: Jesus conquered the grave.

Ramin is no longer afraid of death.

“I no longer wept the tears of disappointment and hopelessness like before,” he says. “I wept tears of joy and victory.”

He began sharing his new faith at the gym. He told people to stop using their satellite dishes to watch the Hollywood stars who take 10 to 20 pills to sleep at night. Instead, he told them, they should read the Bible.

After eight months of fearlessly evangelizing, a guy with a long beard attacked and stabbed him, he says. He was rushed to the hospital. Then he realized he would have to leave Iran.

Ramin was 19. He had no money or passport. But he encouraged himself with the story of Abraham, whom God told to leave his homeland and sojourn to a new land. He made his way to the border. Smugglers helped him cross into Turkey.

He didn’t know what to do next, so he asked a man if he knew Jesus. That man took him to church.

“I saw for the first time in a church people praising God and worshiping and singing and shouting (instead of) in the mosque crying and weeping,” Ramin says. “People were singing with joy and happiness.”

After service, the brethren gave him lodging. He attended every meeting as the underground congregation of ex-Muslims grew from 15 to 150.

Eventually, the brethren explained he would need to apply for refugee immigration to leave Turkey too because, as a foreigner, he was more exposed to government persecution.

So he was granted a visa for America. He now lives in Los Angeles and leads an online ministry and wants to broadcast the Gospel into Muslim nations. You can often find him at an L.A.-area Walmart talking to people in line about Jesus.