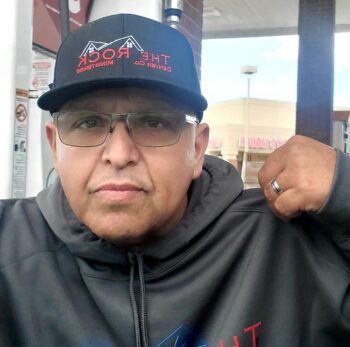 After years of crime with the Northern California gang, Jesus Gallegos finally made it to the infamous State Prison known simply as Pelican Bay. Upon his release, he would be the one calling the shots, respected and feared by the up-and-coming rank and file on the streets of Salinas, CA.

“I thought I was on top of the world. I would be looked up to. I had a lot of influence on whatever happened on the streets,” he told God Reports. “That way of thinking shows just how lost I really was in sin.”

Jesus (pronounced Heh-SOOS; a common name in Hispanic culture) Gallegos only knew the life of the norteño gang, which competed with the Southern Californian rivals the Mexican Mafia. As he grew up in poverty, he fixed his eyesight on making it big in the the with norteños. 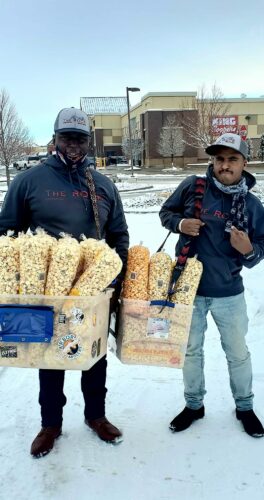 He earned 4 strikes — enough felonies to get locked up for life. But for some reason, the judge gave him a lighter sentence. Unlike almost everyone else at Pelican Bay, he had a release date. He expected nothing more of his life than prison time or death in the streets.

Something happened when he got released from Pelican Bay in 2005. The plan was to lay low during the time of his “high risk” parole and avoid associating with fellow gang members. The anti-gang task force and FBI would be watching him closely, ready to snatch him up for any violation.

The plan was to get a job, get married, get a house and show every sign of turning over a new leaf. Then when the parole was over, he would report for duty and fall in with the troops.

During those months, he decided to drop out of the gang. He had married for all the wrong reasons, and so things weren’t going well with his wife. Any time they had an argument she would call the cops, he says.

He worked with his parole officer, who let him to ditch the last three months of parole and travel to Texas, where he took up residence with his sister.

In Fort Worth he started drinking again. When he moved to San Antonio, he started using heroin and methadone. He resigned himself to a life of failure.

The unfeeling, loveless response to his baby sister’s death provoked some soul-searching, out of which he cried out to God. He had attended Victory Outreach before but thought it was all a gimmick. Now, however, he prayed in earnest.

To his great surprise, God’s still small voice broke through. You need to seek a relationship with Me, God impressed on his heart.

It was the first time God had spoken to him. Troubled by his own calloused heart, he decided to pay attention. He went to Fort Worth and enrolled in a Christian rehab home in 2012. 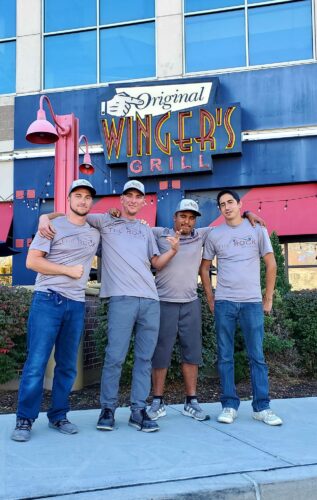 He expected to go through withdrawals and was startled when he didn’t feel sick at all.

So the home moved him from the withdrawal room to the regular bunks with the guys and for six months he attended Bible studies and learned about God. At the end of the program, he didn’t want to leave because he realized he could be “dangerous to myself” outside.

During this time, the power of the Word and the Spirit gave him a new heart and a new life in Christ.

So he joined staff and eventually came to run the home, where he worked for seven years with 100 guys and 50 girls.

Six months ago, following the lead of the Holy Spirit, he became independent, opening a home in Denver, Colorado, with a couple helpers and four recovering addicts. It’s call The Rock Ministries.

“Addicts are not good at standing still. They got to keep moving around,” he says of the incessant activity. “They need to be in a place where they get used to not doing what they used to do.”

Now, Jesus marvels that he can visit places of beauty around America and enjoy natural pleasures. Recently, he visited Mt. Rushmore with his buddies.

“From being a captive in the streets, addiction and prison cells, God has made a way for me to go see many places in the USA that (previously) I only saw in magazines.”

As he marvels at the restoration, Jesus continues to draw others to God.