Many Christians placed their trust in a number of prophetic voices stating that President Trump would win reelection and have become deeply discouraged and disappointed by his loss, left questioning the validity of the messengers.

Sean Feucht, the worship leader from Bethel Church in Redding, who has been holding mass worship events throughout the Covid pandemic, is one voice saying it’s time to re-examine ourselves and the message that led many astray.

“I think we have to face that and say, ‘Hey, listen, they missed it,’” he told CBN. “We have to take inventory. We have to look at how we missed it, why we missed it, and how we can regain that credibility back.”

In his worship events attended by thousands across America he’s witnessed something special. “There’s a hunger I’ve never seen before and I believe it is just going to increase. Nothing can stop the spread of an unstoppable kingdom,” he says.

In light of President Trump’s loss and the inauguration of a new president, Feucht recommends four key ways that believers should respond:

“God is not intimidated. He’s not worried. He’s not concerned. The angels are not hyperventilating. Heaven fully knows the agenda of God’s will is going to come to pass in this season in America,” he told CBN.

3. Stand for truth even if it means standing alone. (Ephesians 6:14) “We have to fear God above man,” he exhorts.

“I believe the church is going to get her spine back for what she believes and what she stands for.” 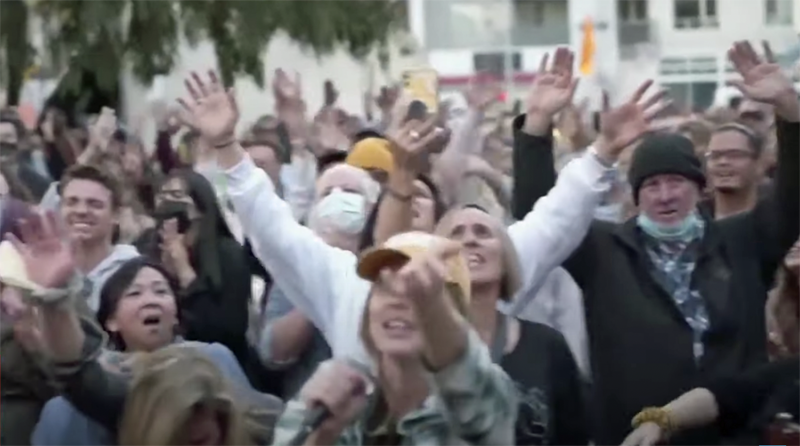 If former President Trump decides to run for re-election in 2024 and wins, the prophets will be affirmed, even with the delay in fulfillment. However, at this moment, it seems highly unlikely, with the former president facing an unprecedented second impeachment trial in the U.S. Senate.