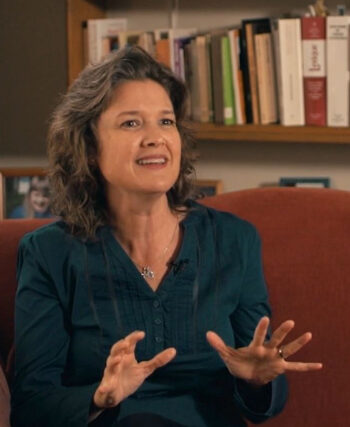 As far as required qualifications, Brigitte Bedard possessed all that is needed for a militant feminist: she hated men, she hated Christianity and she was a lesbian.

As a young person growing up in Montreal, she got into drinking and drugs and experienced the thrill of libertine life.

“I discovered intensity of what I experienced for the first time in my life, something that was you know like so strong,” she says on a CBN video.” I was feeling alive.”

Hurtling into sin, she discarded any notion of faith and the ways of her parents. She was particular impressed with feminist teachings at college and fully adopted them.

“I was the good one. I was the victim, I was a woman,” she says. “Men, history, the church and God were wrong.”

She fell into the lesbian lifestyle and adopted it as her identity. She felt complete, whole and independent. She didn’t need a man. 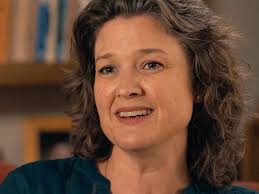 While she projected affirmations of feminism, she secretly longed for a family and children.

“It was a big paradox. You hate men, but you want to be with them,” Brigitte says. “You cannot live with them and you can’t live without them. I wanted to marry, have children and a house — secretly, secretly, deep down.”

The internal contradictions bugged her and left her feeling ultimately dissatisfied.

“The emptiness was like I didn’t feel anything,” she says. “I felt like when I was a little child. When you’re a feminist after eight years in that lifestyle, I was very confused.”

Amid the mental and emotional chaos inside, she attended therapy for years. She got off drugs and was in a rehab program. One day, another participant in the group handed her a note encouraging her to go to a monastery and talk to a priest. 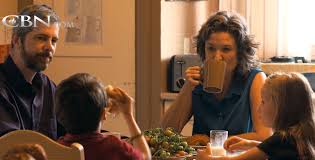 She thought he was absolutely crazy. All her life, she had learned and believed that religion was the very source of patriarchalism and chauvinism. Now was she going to consult the enemy?

But the inherent agitation irritated her. After mulling it for some time, she figured she might as well give it a try.

“I was desperate. There was no sense of this life,” she admitted.

So she made the two-hour drive to the monastery and was granted audience with a quiet, very patient, young priest, to whom she unloaded 30 years of resentment.

In their second meeting, again, he listened compassionately.

On their third audience, she ceased from railing against the church and God. The priest softly explained about the sacrifice of Jesus.

“It was true. Jesus is God. It was a revelation,” she says. “I realized that I wasn’t lesbian or an intellectual or a feminist or anything. I wasn’t anything at all. I was only a daughter of God, and He loved me. He loved me so much he died for me. For the first time in my life I felt loved that day.”

She surrendered her heart to Jesus Christ as her Lord and Savior and was born again.

“He saved me because I was going to die,” she says. “There weren’t any answers for me, so every day is like wow what a life!”

Michael Ashcraft is a Christian financial professional in California.