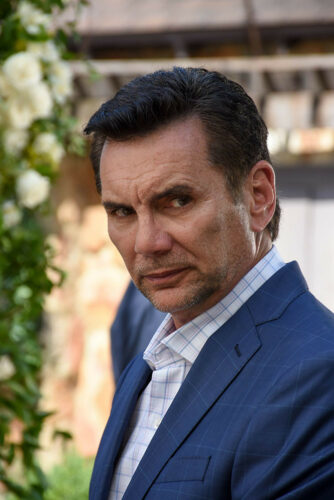 Of 50 top mob bosses in the 1980s, 47 are dead, two are doing life in prison, but one, Michael Franzese, found a way to exit the luxurious but violent life of extortion and racketeering.

“I spend a lot of my time with young people, and they’ll watch a movie like The Godfather and Goodfellas, and they’ll see all of the glamour, they’ll see the riches and the wealth and all,” Michael says on a YouTube video. “I always tell them, ‘But did you see the end of the movie? Who went to jail? Who got killed? Whose family don’t have a father?”

As a kid, Michael wanted to play centerfield for the New York Giants, but he wasn’t good enough. He tried to become a medical student because his dad didn’t want him to follow in his footsteps. But when he had a scrape with the law, Michael decided to join the Colombo family mob. 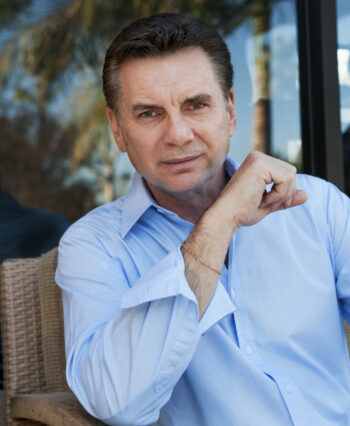 “I grew up with a distorted sense that good was bad and bad was good,” he says. “I was never addicted really to anything. I was worse. I was a stone-cold criminal. For God to change my heart and mind, it took years.”

In 1980, Michael was named a captain on the streets. With a shrewd cunning to cook up scams, he worked his way up in the mob, generating $5 million a week defrauding gas tax from the government all along the East Coast.

“The gang life is an evil lifestyle,” he says. “The reason I say that is because I don’t know any family or any member of that life that hasn’t been totally destroyed.”

His renown splashed on the pages of Fortune magazine. They profiled him and five others in an article featuring the “most powerful mob bosses in America.”

What brought 15 years of mafia life to an end? It was a beautiful girl named Camille. She was a girl from Southern California who met him in South Florida when he was producing a film. For all she knew, he was just a movie producer. 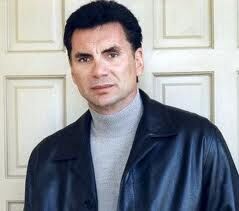 “I realized I wanted her in my life and that my life was really a direct contradiction to what her and her mom believed,” Michael says. “I respected their faith because it was true to them yeah, and I knew that I had to make some changes.”

So his plan was to marry Camille, move West, serve a couple of years in prison, get out and drop all communications with the Colombo family and turn over a new leaf.

“I figured maybe after 10 or 12 years the guys in New York will forget about me. I’d live happily ever after out in California, so that was my plan,” Michael recounts. “Unfortunately, someone above had a different plan for me and it didn’t work out.” 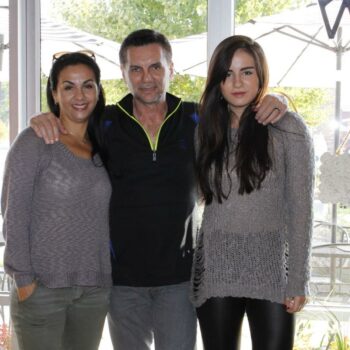 Once released, Michael couldn’t get his life together. Life magazine portrayed him as a government informant, raising the ire of the New York mob. Next he got caught on a probation violation, got indicted on another case and was carted off to maximum security for three years.

“In the hole, I learned during that experience that we weren’t meant to be solo creatures. We were meant to be social.” he says. “It was very difficult to get through that and if I weren’t that I developed my faith during that period of time, I don’t think I would have come out of there well.”

In the hole, he turned to God himself, not just to make amends in front of his wife, but out of personal crisis.

“I wanted to know if it was real and so in reading the Bible, I started to read it as if I was preparing for my trial,” he says.

The more he read, the more he realized that the Bible was true, that Jesus died for his sins, and that by believing in him, he could have eternal life.

As the Word and the Spirit moved on his heart, he surrendered his life to Jesus Christ as his Lord and Savior and was born again.

“I came out of there believing with all my heart that the Bible was God’s Word and that Jesus was my risen Savior. It was a time that God really used to grow my knowledge and to really change my heart. I needed those three years for God to work on me because it wouldn’t have worked otherwise.”

Now, Michael spends a lot of his time talking to youth in high schools giving them real talk about the thug life, which they see glamorized in hip hop or in movies.

“If God cannot only forgive me but turn my entire life around, then He can do that for anyone, because at one point in time I was probably the worst of the worst,” he says. “I’m like Paul in a way. We were both bad guys that God reached into and turned around.”