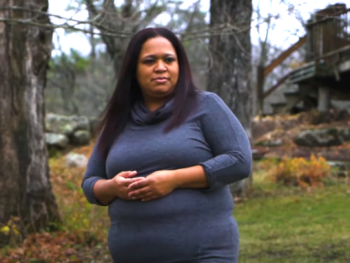 No matter how rigorously Sariah Hastings scrubbed her body in the shower, she couldn’t rid herself of the vestige of filthy men.

“I could never get rid of the smell of whatever man,” she says on a 700 Club video. “I didn’t even know these men’s names.”

The pimps told her the only way out of “the game” was death or jail but eventually she discovered another exit door when a crisis pregnancy center counselor led her through a prayer of salvation.

Sariah was molested by a relative when she was only 4. She didn’t know where to turn or who to tell because pretty much everyone in her family was involved in abuse and perversion, she says.

“There was no purpose of me reaching out and saying there’s something wrong with this or help me or get me out of this because it was so normal,” she says.

When she was 12, she was gang-raped at a party. Sex became something she plied in a quixotic search for love. Instead of genuine affection, however, she felt rejection. 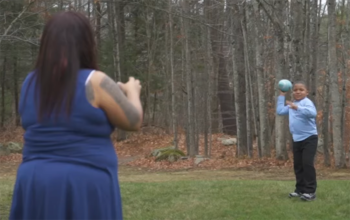 “I was then known in my whole city as the slut, the hoe, the girl that you could take to the bathroom and do whatever with and she’ll be fine with it,” Sariah says.

At age 18, she got recruited by a pimp. She walked the streets and the trucker parking lots negotiating prices. One night, she failed to meet her quota and her pimp threatened to kill her.

She ran away and found another pimp who got her addicted to cocaine and crystal meth. Her lifestyle bred self-repugnance which led to cutting herself and burning her skin. The attempt at cleanliness in the shower was in vain since it was her soul that felt stained.

“It got to the extreme, a point where i just started trying to commit suicide,” Sariah remembers.

She was sold from pimp to pimp to pimp. During 17 years of prostitution, she traversed 33 states.

Then she got pregnant with a second child. Her pimp told her to give the baby away to family. Instead she ran away.

“This time it would be different,” she says. “I knew at that moment that something had to change and that I couldn’t continue doing the same thing.” 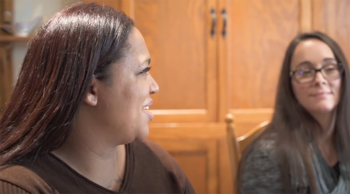 At a pregnancy resource center in New England, she heard the Gospel and prayed the sinner’s prayer with a counselor.

She was wonderfully and mercifully born again!

“There was a rush that was like never before that came over my body,” she recalls. “There was a warm feeling and just the most peaceful, most serene feeling I can’t even put into words. All of the disgusting feeling of me constantly wanting to shower and take all this nasty feeling off of my body, it had literally been lifted off of me in that very moment.”

Instantly, she was delivered from her addiction to crystal meth.

“I had no desire to smoke cigarettes,” she says. “That was my first moment of the Holy Spirit just filling me with this love that I had been looking for my whole entire life.”

Sariah gave birth to a baby boy in the faith-based residential program. She repented from her sins and forgave her tormentors.

“I started asking God to forgive me of my sins,” she says. “Jesus forgave me when He died on the cross. So if He could forgive my sins that I committed against Him, then who was I not to be able to forgive the people that did things to me?”

Sariah today works in the healthcare industry and lives in a new home with her son Noah.

She’s also a staff assistant at a women’s shelter where she pays it forward by helping women transform their lives through the love of Jesus Christ.

“There’s so much freedom in knowing Jesus,” she says. “It’s amazing. If you feel that your sins are overwhelming and that you will never be able to be accepted by Jesus Christ, you need to know that no sin is too great for his love.”

In addition to writing Christian news articles, Michael Ashcraft is a financial planner in Encino, California.