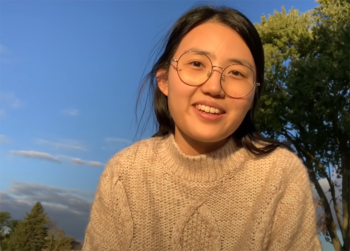 Before she found a different path, Daniela Oyeeun was an instagram girl, a party girl and heart breaker.

Growing up in a Buddhist and Shamanist home, Daniela would bow down to statues and mumble her prayers, but what she really wanted was to be an atheist who never would have to answer to anyone for her sin.

“For me personally I wished that there was no god,” she says on her YouTube channel, “because If there is a god, it meant that I cannot do what I want to do. I loved sinning so much that I thought god was a god who would morally stop me.”

She made herself beautiful with flash and fashion, but deep inside she feared she was ugly. She was even bullied when she was 12 and 13.

“That’s why I started to put so much makeup on because I felt very insecure and I learned to change my face with makeup,” Daniela says. “The beauty I was trying to gain was related to lust and temptation. I thought that was the only way to get love.” 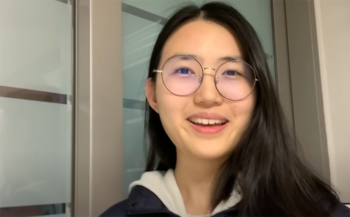 While she projected an image of confidence, inside she was crumbling. Every New Year’s Eve, she contemplated suicide. But the thing that held her back was the fear of a possible afterlife.

Due to her insecurities, she lashed out at those around her.

“I was a very demonic person. I would really hurt my mother mentally,” Daniela says. “She was very scared of me because I was such a mean person. i thought it was my parents’ fault that I wasn’t special.”

When she was 16 she started clubbing and partying.

“I knew somewhere inside me I was evil and I was so lonely.” she states. “I knew that they only liked me for my body and that if they saw the way I abused my siblings, father and mother they would see me for who I really was.”

As she dove deeper into worldliness, she convinced herself she was a lesbian.

“I would try to find love by having guys and girls like me, but it made me more miserable.” she says.

Her obsession with her appearance led to surgery. 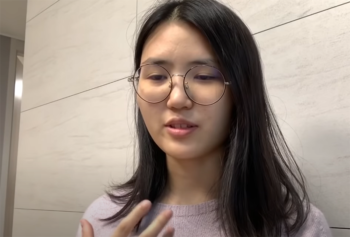 To escape the pains of the real world, Daniela became engrossed in the world of anime.

Finally, during one night of despondency, she remembered when she was 12 and had an encounter with God. She turned on a praise song.

“I was compelled to listen to a worship song,” Daniela says. “As I was searching I was mocking myself, ‘There is no god. What are you doing? There is no god.’”

Nevertheless, as the chords flowed melodiously and the words spoke of hope and new life, she felt an overwhelming peace come over her. She didn’t feel empty anymore.

Mysteriously, she suddenly knew God was real. He touched her and made her spirit come alive.

“God knew when I would meet him, and He allowed me to experience all kinds of things in the world — the loneliness, popularity, and its emptiness — in order for me to know that it is only Him who can satisfy me. The Spirit of God came over me very strongly.”

She needed a fresh start.

That day, her addictions vanished. “I knew I didn’t have to go back to those things.”

At first, her family was skeptical, but Daniela has persevered in her growing faith and is studying at the Moody Bible Institute in Chicago.