He was sexually exploited, beaten and filmed for child pornography from age 5 to 9, and now Sean Wheeler goes to meetings to minister to pedophiles.

“How can a man like you forgive a man like me?” asked him a man who did prison for possession of child pornography.

“Because he forgives me,” Sean answered without missing a beat. “We complicate it. God forgives me and I’m required to forgive you. And I do so joyously, because in doing that, I discovered that it’s real.

“Look at somebody who was on the other side of that camera,” he continued. “I release you. Now you take it to the cross and you find that freedom and that forgiveness.

“You can see this weight fall off this man,” Sean recounts on a 100Huntley video. 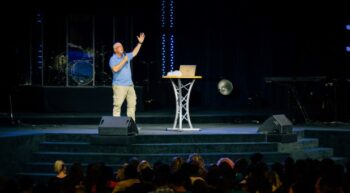 As sexual exploitation metastasizes across our nation, Christianity’s response may be the only real answer — along with justice — for victim and exploiter.

“I just got tired of remembering my life as defined by something that was evil,” Sean says. “So the Holy Spirit came along and said: ‘I got something better. Come home.’”

For four years, Sean Wheeler got taken advantage of by men. The first time, an adult managed to get him out of the public view and took advantage of him in private. From then on, a group of seven college-aged men exploited him. Sometimes they beat him, sometimes they filmed him.

Sean alerted no one of his abusers. He was afraid. Also, as is typical with abuse victims, he blamed himself: “I believed it was my fault, which is a common thing,” he says. 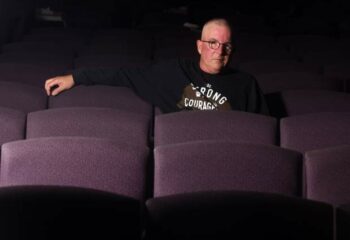 At age 9, Sean somehow asked God to help, and his family moved out of town and out of the clutches of these evil men. The abuse ended, but the haunting memories did not.

He came to Christ, but it wasn’t until he started counseling in 2011 that he was able to work through a lot of the issues that were plaguing his head.

“I’m perfectly comfortable talking about this because God is with us everywhere we go,” Sean says.

For many, the idea that their pornographic images may still lurk somewhere on the Internet — perhaps on the Dark Web — torments them.

But Sean says God has transformed his image.

“He’s restored my picture and he’s restored my voice and he says you take that hope and you share it,” he says. “If it wasn’t the hand of God at work in the life of a nine-year-old, I don’t know what would have happened to me. 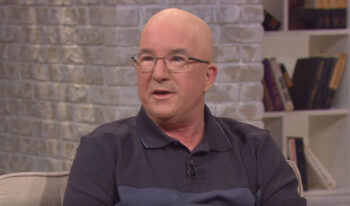 “The God we serve is a protector of the innocent and He rushes to our help when we cry out to Him,” Sean says.

Sean’s healing is so complete he has ministered to 400 victims of sexual exploitation and helped them through counseling.

“For years I had heard that God can make people new,” Sean says. “I said that’ll never happen to me. But I get it now. He makes us new.”

Not only that, he ministers to victimizers, the criminals who have exploited boys like him.

“This is blowing my mind, ministering to pedophiles, yeah.” he says. “I felt led by the Spirit. I had promised Him I would go where He told me to go. And He said, ‘I want you to go to prisons and I want you to talk to the offenders.’ I argued a little bit at first, and then I said okay. I promised and so I went there.”

Sean shocked everybody by forgiving him publicly.

“He’s found his way back into society and he’s found freedom and hope,” Sean says. “You know the Bible says when we speak, we’re to speak the oracles of God. If you can sit across from an abuser and if you can speak words of love and forgiveness, that means that there Is something happening that’s beyond humanity. That is a spiritual thing.”