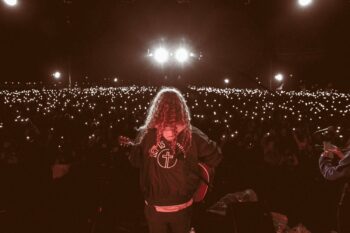 Editor’s Note: This is part 2 and final of the series.

Today, Burn 24/7 outreach praise concerts led by controversial Sean Feucht have more than 300 hubs — or furnaces — spread out across more than 60 nations, some of which are “closed” to the Gospel.

But the missional worship movement started on a staircase.

That’s where Sean reconnected with God on his guitar after a disillusioning start at Oral Roberts University. The talented musician wasn’t admitted to any band and bombed every tryout. His roommate wore him down with worldly hip hop.

So Sean, who had seen God visit him so powerfully before, shelved his guitar and very nearly quit on God. But the day God called him to the 8-story staircase where Sean strummed his guitar for the first time in months brought back the fire. 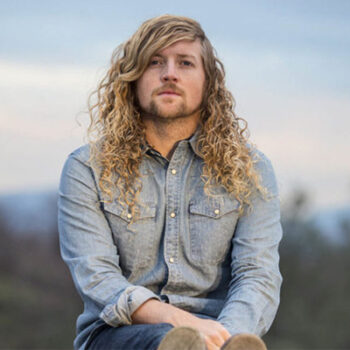 Sean Feucht (pronounced “Foyt”) married his high school sweetheart, Kate, quit his successful home-flipping business, packed up a 1998 Toyota Camry and hit the road in 2006. The plan? To sing.

“Where are we going, Sean?” his young bride asked, as related by Sean’s autobiographical book Brazen: Be a Voice, not an Echo.

“I don’t really know,” he answered. “But we are on a journey pursuing his presence, and we’re going to give our entire lives to this.

It didn’t sound like a plan she would enthusiastically endorse, but she was young, naïve, and trusted God with their future.

God didn’t fail. The invitations started flowing in. He turned down fulltime job offers as he traveled relentlessly to some of the most out-of-the-way places. He named the worship concerts The Burn (later Burn 24/7). 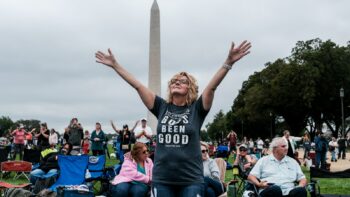 He also traveled abroad: Indonesia, India, Nepal, Turkey, China and East Africa. After seeing Hindus and Muslims convert in Uganda, he made a grueling late-night bus ride to the airport and caught a little sleep at a location nearby.

Out of nowhere, three men with AK-47s appeared shouting in Swahili, telling Sean and his team they needed to hand over their money, passports and valuables. Kicking and beating them and driving their gun barrels into their skulls, the men shouted they would “rob, torture and kill the American,” Sean writes.

The fact that they found Christian literature in Sean’s bag only enraged them.

“Are you followers of the Way?” one of them barked.

Here we go, Sean thought to himself expecting the worst.

But then the Holy Spirit filled him with an unnatural courage.

At least, he wouldn’t go out a sniveling coward.

Sean, whose face was against the concrete, awaited the inevitable.

But instead of gunshots, there was silence.

(Later he learned his wife back in America was awakened and felt an urgent need to pray for Sean — exactly at that moment.)

As he awaited a bullet, Sean felt the presence of God fill the whole room profoundly.

Since, no shots were fired, he eventually turned over and looked around the room. The men were gone. They had taken what little money he had left at the end of his trip but had left him unscathed.

“I don’t know whether those thieves saw giant angels standing in our midst,” Sean admits. “But I firmly believe that God saved our lives that day.”

His home base moved from Dallas to Harrisburg, Pennsylvania. After struggling with infertility for years, his wife finally conceived the first of four kids, a girl named Keturah. Her name meant “fragrance,” and she brought great consolation at a time when Sean lost his dad, the example who had taught him to live a “brazen” faith.

For his next mission trip: Pyongyang, the capital of Christian-killing North Korea. Despite incessant supervision from a military escort, Sean and crew were able to pass out Bibles to believers. At the Korean Demilitarized Zone in the “blue room” that straddles the border with South Korea, he brought out his guitar and played worship.

Back in the U.S., he staged concerts where the first and second Great Awakening burned brightly: Boston, New York, Washington D.C. He targeted the Ivy League schools — Harvard, Yale, NYU, Princeton — for concerts. MTV wanted to produce a show on the worship phenomenon Sean led. “They could not fathom university students forgoing the life of independence and unrestraint to commit themselves in the holiness to God,” Sean writes.

After watching Jihadi John cut off journalist James Foley’s head during the rise of ISIS, Sean decided to go to ISIS-held territory in Iraq. Going to the most dangerous hotspots against all sane advice had become his M.O.

As missionaries pulled out and Kurds, Yazidis and Christian Arabs were being slaughtered by the brutal Islamists of ISIS, Sean was going in.

And he brought his wife and three small children.

“Since the rise of ISIS, all the media portrayed was death and destruction that promoted fear,” he says. “I wanted my kids to see things from another perspective, from God’s perspective. I wanted them to witness firsthand God’s power to transform places that the world deemed a lost cause.”

They were ministering to the Kurdish Peshmurga in tents on vast white sand plains. During the day, “my kids were the greatest agents of healing, kindness and joy to the refugees” as they handed out “smiles, toys and candy.” During the night, they fell asleep to constant machine-gun fire.

Sean moved from Harrisburg to Redding, CA, where he joined the influential Bethel Church and recording label. He has recorded 22 albums and written five books. 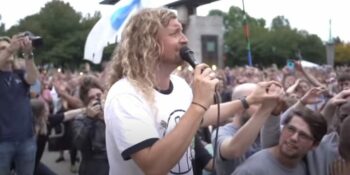 It was then God opened the doors for Sean to visit Saudi Arabia, another highly restrictive country. He got connected with an underground pastor through encrypted messaging and was set up to lead worship at a secret location in the desert.

Sean expected a few dozen in attendance, since such gatherings could bring the death penalty for Saudis. Instead, up to 1,500 secret followers of Christ showed up, he says.

When he saw it, Sean says, “I immediately broke down and crumpled to the floor. The raw passion, hunger for Jesus and sacrifice of praise mingled together and rose up like an offering before the Lord.”

At a worship concert in Los Angeles, a Republican strategist started talking to him about running for Congress. His wife initially opposed the idea but later changed her mind after seeing the California State legislature pass a bill to allow 12-year-olds to change their sex through state funds.

In every other improbable idea, God had poured out favor and success on Sean. He didn’t expect to dramatically unseat in 2019 the powerful and well-funded Democratic incumbent of California’s congressional district 3, a swath of land from Sacramento to San Francisco. But with hard work, he thought he might force a runoff with a strong second-place showing.

He expected to gain millennials who were disenfranchised with politics and Christians who were apathetic. But instead, Sean got trounced and became a political laughingstock, despite meeting Trump and leading worship at the Oval Office.

“There is a brokenness and humility that comes with defeat,” he writes. “That election night failure broke me in more ways than one.”

He spent three days not wanting to even get out of bed. But then he found encouragement by making a list of all the ways God had been faithful through the years. And he started doing family worships sessions.

What started as a small family praise time grew again into concerts. As Covid hit America and drove many into fear, as riots broke out after the killing of George Floyd by a cop, as socialism reared its head, Sean did what he’s always done: sing and strum a guitar.

Fuecht played in San Diego and hundreds came to Christ, in Seattle where antifas had set up the Capital Hill Autonomous Zone, in Milwaukee where George Floyd was killed and riots broke out, in New York, Washington D.C. and Chicago. Because he doesn’t encourage Christians to wear a mask to stop the spread of Covid, his meetings have generated criticism.

As the worship flew up, the Spirit descended, and at every venue hundreds got saved and broken communities found healing and renewal. Because he doesn’t encourage Christians to wear a mask to stop the spread of Covid, his meetings have generated only criticism, not just from secular media.

But he had seen the government allow Black Lives Matters protesters promote socialism without worry over the pandemic, so why would they try to shut down Christians for the simple act of worshipping God?

Sean was used to opposition. God had always seen him through.

“Courage is contagious,” he quotes Billy Graham. “When a brave man takes a stand, the spines of others are often stiffened.”

Read part 1 of the series on Sean Feucht.