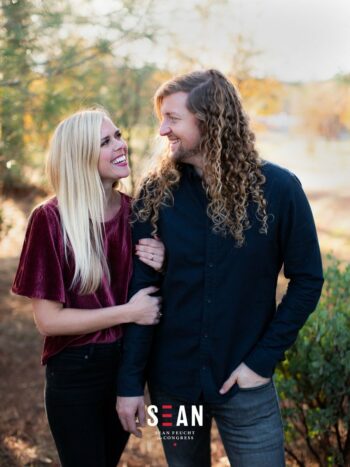 After days of thanking the medical clinic doctors with canoes full of flowers or fish, the Manaos tribal leaders dressed in white sang praises to God in their native tongue to celebrate Sean Feucht’s baptism in the Amazon River.

“Dad put me under the water, and when I surfaced, I felt a profound sense of destiny and calling on my life,” Sean writes in the autobiographical Brazen: Be a Voice, not an Echo. “The presence of God fell heavily upon me in that moment. I had become new and everything changed.”

Worship has marked Sean’s life, ever since that moment at age 10 when he dedicated his life to Christ’s service deep in the Amazon jungle, in the hinterlands of Jim Elliot. He’s played his guitar to bring healing around the world and in the Oval Office. 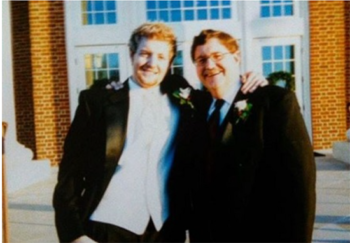 Sean Feucht (pronounced “Foyt”) loved the outdoors in his birth state of Montana. His dad, a doctor, accepted a 75% reduction of salary to lead missions with Christian Broadcasting Network and the family moved to Virginia. Sean despised the balmy suburbia of his new town and felt disillusioned with the loss of the Rockies until he was taken to the rainforests.

It was Sean’s job to fish for the medical team’s meals as the boat tooled up and down the Amazon River. They ate rainbow bass and large black piranhas. His dad and the medical professionals applied the science of medicine to heal natives, and when science came up short, they prayed and witnessed miraculous healings.

His father’s “brazen” faith became a legacy for Sean. 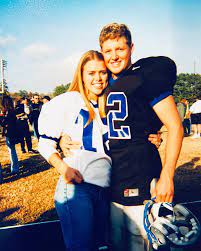 At first, Sean’s heart was to be a quarterback in football and a guard in basketball. Being a worship leader was not on his radar. But when a worship leader cancelled for his dad’s home Bible study, Sean was called upon to fill the gap after only owning a guitar for three weeks and knowing only three chords and three songs.

“The night was an absolute train wreck. I continually broke out in a nervous sweat, strained my voice and broke not just one but two guitar strings,” he complains. “I was embarrassed and ashamed in front of 15 of my peers. I remember running to my room afterward, vowing that I would never lead worship in public again.” 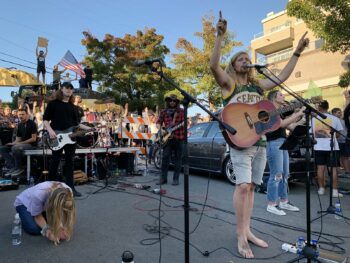 He got called on again and again to direct praise in front of people as the Bible study grew to 70 people. Fairly rapidly, he moved into leading youth group worship and then took over church worship. He led youth group and challenged his peers to pray for people in the local hospital’s ICU.

Also in high school, he met Kate, who became his wife. He attended a worship rally in Washington D.C. and won a state football championship.

Despite sport successes, what really pulsed through his heart was the lost. He compiled a list of the least-reached peoples on the globe: Afghanistan, Iraq, North Korea, Saudi Arabia and Iran. 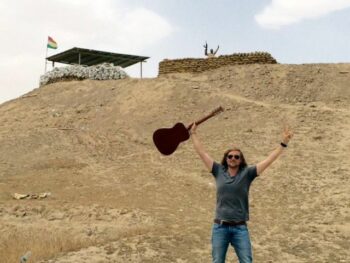 The opportunity to visit Afghanistan came first. It was right after the terrorists had downed the Twin Towers in New York City, and Americans were fighting the Taliban in the mountains of Afghanistan, right where Sean, just out of high school, wanted to go with his father’s trusted missionary associate.

The U.S. State Department warned Americans not to go there. And the Afghan Embassy refused to grant him — or any American — a visa, “under any circumstances,” Sean writes.

But the team leader was used to obstacles and encouraged Sean to believe more in God than the gloom and doom of so many detractors. “God will make a way, brother!” he told Sean confidently. 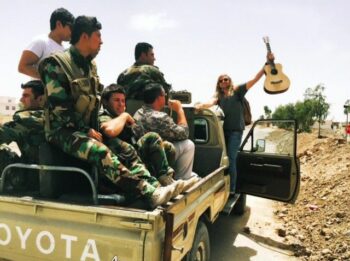 Sean was learning to not be deterred. He visited the Afghan Embassy in person and got an interview.

What could go wrong with a blond-haired, blue-eyed 18-year-old leading worships in the mountains owned by the America-kidnapping Taliban? he asked.

The Afghan official couldn’t disguise his astonishment at the visa request.

“Are you truly willing to give your life right now because there’s a high chance of that if you go?” the official said.

Astonishingly, Sean declared he would not leave the embassy until the visa was granted. 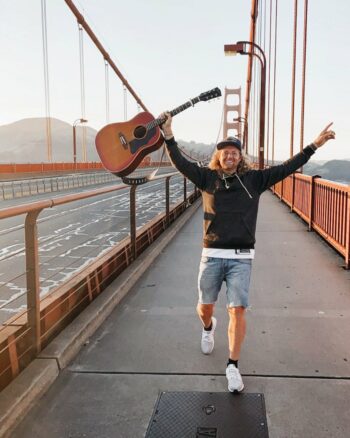 Flouting conventional wisdom and doing the contrary of what everyone expects has been Sean’s trademark ever since.

In the isolated mountain villages, the team ministered to peaceful people in the Farsi dialect. Sean discovered that music was a universal language to bridge divides. “My guitar broke down all our walls and misconceptions about one another,” he writes.

The team had been sternly warned: Don’t spend a night in the village. Stay on the move. The Taliban would love to abduct an American and demand a ransom from the American government.

“But after spending all day building relationship, sharing stories, laughing and eating together, it was so hard for us to leave,” he writes. “Many nights, we were invited to stay at the home of tribal leaders.”

Sleeping on the roof to beat the heat, Sean would look at the stars and think of Abraham, to whom God promised to multiply his descendants to be as countless as the stars overhead.

God had done amazing things, and Sean expected to continue with God’s blessing as he carted off to Oral Roberts University. He had seen God move through his guitar in Virginia and Afghanistan, so he offered his services to the worship team at college. 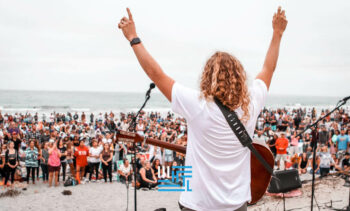 No, was the reply.

It was not the only discouragement. He tried to get involved in missions. No was the answer.

In the dorm, his roommate, despite being at a Christian college, mocked Christianity and blasted explicit hip hop to drown out any praises Sean tried to strum.

“Nothing seemed to work out,” Sean says, and he mothballed his guitar under his bed. “I began to second-guess every vision, dream and word from God that I had ever received. I was devastated. It felt like a failure for the launch. My ego was annihilated.”

Oral Roberts was overrun with musicians, and he couldn’t find a single open spot on any worship team. He focused on studying business and entertained the idea of dropping out of college.

One night when Sean was feeling down, God called him to the stairwell. Bring the guitar, God said. Sean hadn’t heard God’s voice for quite a while and even thought he was experiencing a breakdown.

The stairwell offered some pretty cool acoustics, with the echo reverberating up and down eight stories of dorm floors. He was alone with God and dusted off his guitar and began to play and sing.

“I began to feel the nearness of God again for the first time in a while,” he writes. “Before long, I was weeping, snotty, singing mess. God was removing a spirit of performance and man-pleasing for me. God was showing me how to play for an audience of One.”

The stairwell was the beginning of “Burn 24/7,” Sean’s most enduring outreach, a ministry that has spanned the rest of his life and penetrated over 60 countries, including Saudi Arabia.

Read part 2 of the series on Sean Feucht.