Memo to Elon Musk: Cosmic radiation will doom any attempt to colonize Mars because of its deadly effects on the human body.

Musk, the founder of Space X, has ambitious plans for human beings to colonize Mars in the next quarter century and beyond – and he is well along in executing his remarkable, visionary ideas.

But a research paper* published last October by medical researchers at Georgetown University demonstrates how dangerous such a mission would be for humans to undertake.

“This paper says it is simply not possible to send a human being to Mars,” noted Hugh Ross, president and founder of Reasons to Believe, in a paper and video he posted about the research.

The team at Georgetown, led by postdoctoral fellow Santosh Kumar, performed experiments on mice designed to mirror the exposure to galactic cosmic radiation that astronauts would experience (e.g., on a space flight to Mars).

“Kumar’s team exposed laboratory mice to the equivalent of the heavy ion radiation that is known to exist beyond Earth’s magnetosphere,” Ross observed.

The magnetosphere is a cone-like funnel around the earth that acts like a magnetic shield. “It prevents the really deadly cosmic rays from impacting creatures on the surface of the earth,” he noted. 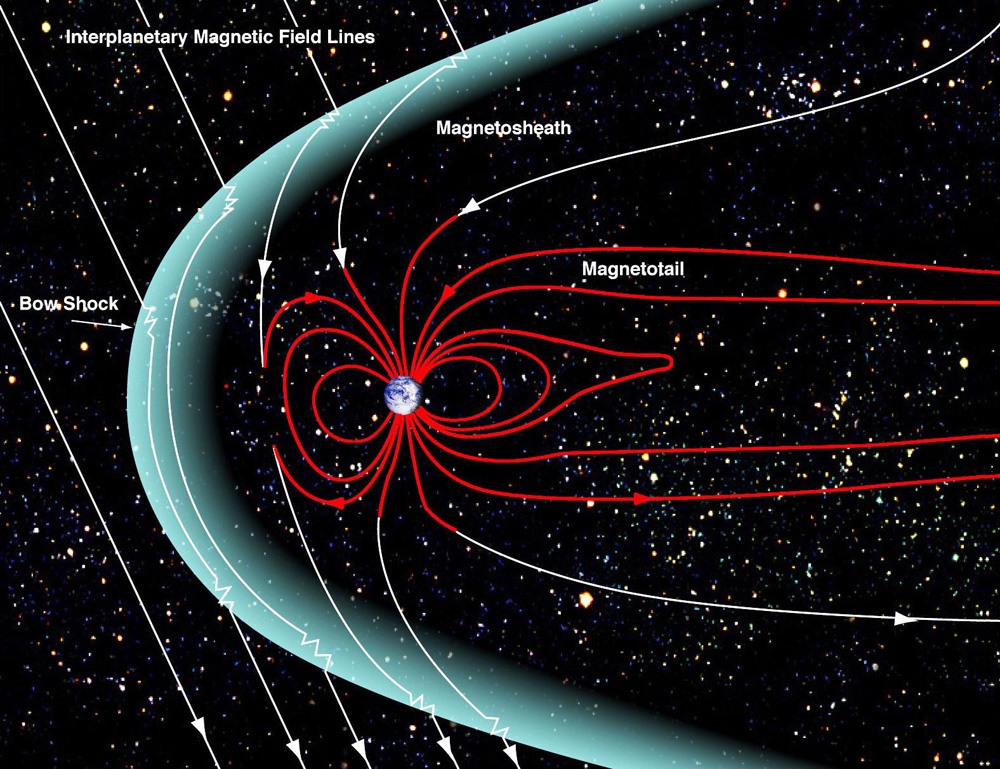 The researchers discovered the cosmic ray bath an astronaut or future Mars colonist would receive outside this shield would render incredible damage to their digestive tract. “Astronauts on such missions would experience discomfort and loss of energy to a degree that would make it difficult, if not impossible, for them to perform their mission tasks. Furthermore, the likely inflammatory diseases and cancers could completely incapacitate and even kill them.”

“An astronaut that spends more than three months outside our magnetosphere would have their digestive tract so utterly destroyed that they would cease to be able to function. If you leave them much longer they die,” Ross says, based on the research.

The fastest trip to Mars would take about six months. “Even a six-month trip you’re looking at astronauts that will experience such gut-wrenching consequences they will not be able to function and they might even be dead by the time they get to Mars.”

The cosmic radiation disturbs the movement of critical cells that travel up and down the intestinal tract. “When you disturb that movement it opens up your digestive tissues to pathogenic invasion.

“When that (movement of cells) is disrupted, suddenly these pathogens can penetrate the intestinal wall and that begins to affect the rest of the body. Also the movement of these cells protects you from tumor development. They noticed that even within the space of a few months tumors were growing.”

There is no technology available, or even conceivable, to protect astronauts or colonizers from heavy ion radiation.

So-called heavy ions — ions heavier than helium nuclei such as carbon-12, oxygen-16, silicon-28, and iron-56 nuclei—make up just one percent of all galactic cosmic rays. But they inflict more biological damage than all the other forms of galactic cosmic radiation, according to the research.

“Scientists know that at least 30 percent of astronauts’ cells will be hit by heavy ions during a round-trip to Mars,” Ross noted.

Any mission beyond the Moon’s distance from Earth must be limited to machines, he believes. “We should all thank God for the miraculous design of Earth’s interior that makes Earth’s magnetosphere possible,” and therefore, human life possible on Earth.

Other research papers related to the Kumar study:

Hugh Ross earned a degree in physics from the University of British Columbia and a PhD in astronomy from the University of Toronto. For several years he continued his research on quasars and galaxies as a postdoctoral fellow at the California Institute of Technology. He is the author of “Improbable Planet: How Earth Became Humanity’s Home” (Grand Rapids, MI: Baker, 2016) To learn more about Reasons to Believe, go here