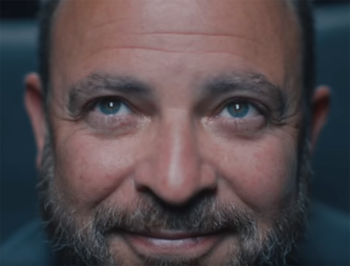 John Desser has a rich Jewish heritage that includes a maternal grandfather who participated in the First Zionist Congress, which led to the formation of modern Israel.

His father studied at an orthodox Jewish seminary in New York City. When he was in medical school, he donated blood on Shabbat to a Gentile, an infraction under the Jewish code.

“While he knew this wasn’t right under the law, it felt right in his heart, so he went ahead and did it,” Desser says on a One For Israel video. When he consulted rabbis later about his decision, he received a tongue-lashing. It was disillusioning.

“He walked out of the yeshiva, bought a ham sandwich (also prohibited for the Jew) and was never going to look back,” Desser says. “Because if the laws aren’t true, then God’s not true. My father’s heart was broken.”

As a result, Desser was raised in a secular Jewish home and never attended synagogue. “We had a Christmas tree growing up because my father wanted us to be Americans,” he recalls.

When Desser finished college, he decided to get involved in politics, so he moved to Washington D.C. where he was hired on the staff of a little-known freshman senator, John McCain. 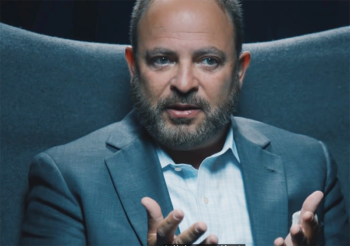 “While I was working with the staff of McCain, I was invited by another staff member to a breakfast, and another man pulled out a book, and began reading it and as he was reading it, the thought crossed my mind, ‘Is that the Bible?’” he remembers. “‘Is he reading the Bible in front of all these people? Is this a Bible study?’”

When a friend asked Desser what church he attended, he responded curtly: “I DON’T!”

Next, he was invited to a National Day of Prayer breakfast. Because he admired one of the speakers, Secretary of State James Baker, he went.

“Did he just say, ‘Jesus?” he thought at the time. “Why would James Baker talk about Jesus as something that’s interesting to him?”

Aside from his passion for politics, Desser also loved classical music and his hero was Mstislav Rostropovich, one of the greatest cellists of all time. At the same prayer breakfast, Rostropovich also spoke.

“It’s pretty neat being the most famous cellist in the world,” Rostropovich said. “But the thing that is really interesting to me now is Jesus.”

Desser did a double take at the almost identical testimony.

“Him too?” Desser marveled. “Rostropovich? Maybe he’s even Jewish! Why would he be talking about Jesus?”

It struck him that he would never escape the Jesus question, so he decided to read the Bible, a chapter a day, starting in Genesis. When he hit the Sermon on the Mount, “it all came crashing in…” 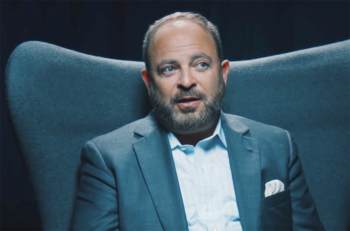 “That’s our Messiah! That’s my Messiah!” he exclaimed.

“I don’t know what all these Christians are doing following Him,” Desser thought. “But that’s MY Messiah! The enemy clearly doesn’t want Jews to know who their own Messiah is. So he overwhelms us with thoughts of betrayal and turning your back on people who are killed in the Holocaust or killed during the Spanish Inquisition.”

Desser surrendered his life to Jesus Christ as his Savior and Lord and was born again.

Some time later, his cousin, Moshe, spoke with him privately. “Why hasn’t your wife converted to Judaism?” Moshe asked.

“She has accepted the Jewish Messiah who already came,” Desser replied, worried his cousin would disown him right then and there.

Instead, Moshe stroked his long beard and appeared to be thinking or praying.