For five months the city of Kobani, just south of the Turkish border, was under siege by ISIS, which resulted in destruction for most of the city and thousands fleeing to Turkey.

But ISIS fighters were set back on their heels by U.S. air strikes as Kurdish fighters fought for this town. After years of bloodshed, U.S.-backed forces finally ended the militants’ remaining grip on power last month.

One result of the violence perpetrated by ISIS has been a re-examination of Islam.

“ISIS did the biggest favor to Christianity,” says Brother Rachid on a video posted to YouTube. “There are huge numbers among Kurds (coming to Christ).”

“Kurds are usually not very radical (Muslims), but in Kobani they were the most radical. ISIS surrounded Kobani for months. They destroyed the whole city almost,” he notes.

Then God moved on the hearts of the Kurds and did something remarkable.

“Now Kobani has a church in it!” Brother Rachid exults. The first evangelical church opened last year, a beautiful sign of God’s resurrection power rising from the ashes.

“It wouldn’t have happened – even in our dreams – without that,” (the attacks by ISIS.) 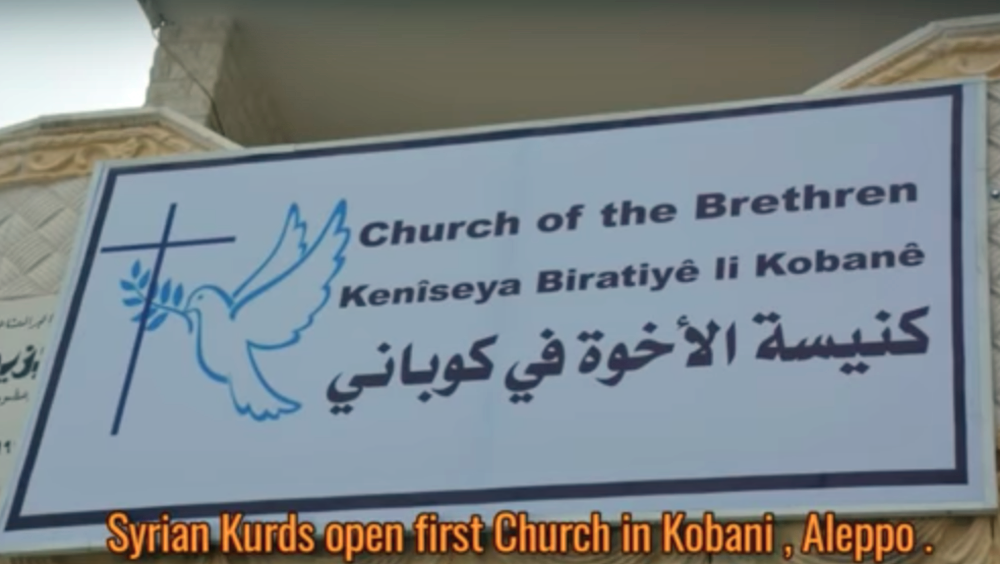 “When I asked the Kurds, ‘What made you change?’

“They said, ‘What ISIS did opened our eyes.’”

When they saw firsthand the death and destruction wrought by radical Islam, they reexamined their beliefs. “Islam in theory is different than Islam in action,” Brother Rachid observes. “When you read ‘kill the infidels’ it is only a sentence, but when you see the blood on the ground before your eyes it changes your attitude. God changed the Kurds through that.

“The Lord is using all the circumstances to bring people to faith,” he says. “It is still growing like this (pointing upward), accelerating, huge numbers.”

The founder of the newly built church in Kobani agrees with Brother Rachid. “After the war with Islamic State people were looking for the right path, and distancing themselves from Islam,” Omar Firas told Reuters. “People were scared and felt lost.”

Firas reports that about 20 families, or around 80 to 100 people, now worship at the new church. “We meet on Tuesdays and hold a service on Fridays. It is open to anyone who wants to join,” he said.

The church’s current pastor, Zani Bakr, 34, was led by God to Kobani from another town in northern Syria. He began to follow Jesus in 2007. 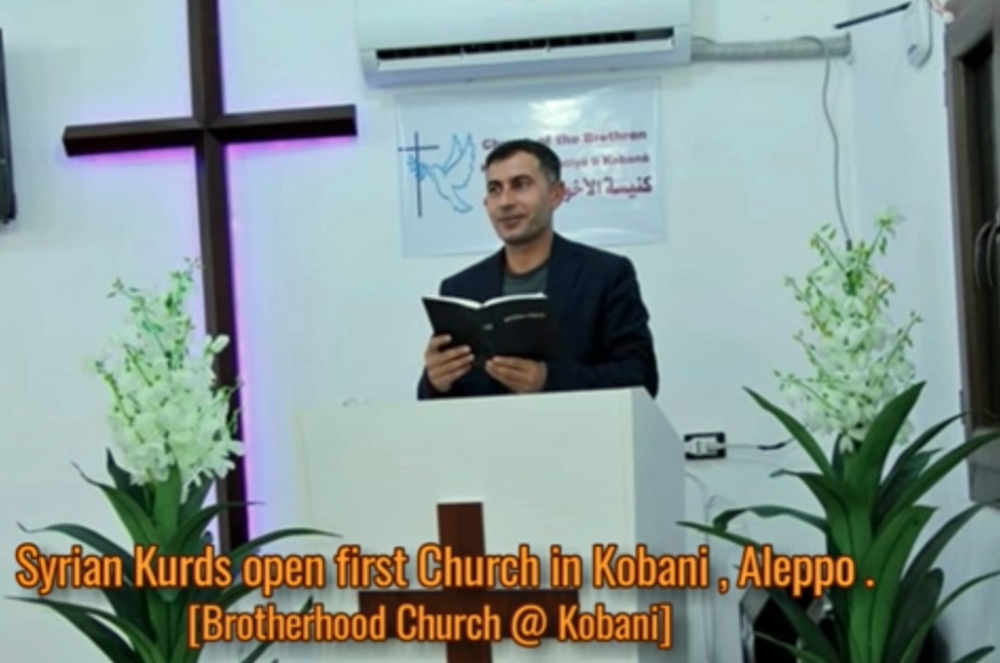 “This was painted by IS as a religious conflict, using religious slogans. Because of this a lot of Kurds lost trust in religion generally, not just Islam,” he said.

Some became atheist or agnostic, “but many others became Christian. Scores here and more in Afrin,” he notes.

One man, who fled to Turkey for medical treatment after surviving an explosion in Kobani, said he met Kurdish and Turkish believers there, heard the Gospel, and decided to follow Jesus.

“They seemed happy and all talked about love. That’s when I decided to follow Jesus’s teachings,” Maxim Ahmed, 22, told Reuters. He has several friends and family members who will soon be visiting the new church in Kobani.