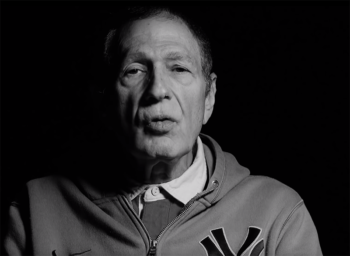 Steve Olin, a Jewish boy from Brooklyn, made and lost millions, fell into drugs and was close to becoming homeless when he found the ultimate answer to set his life on course.

As a high school pitcher, he threw baseballs in the high 90 mph range. The New York Yankees wanted to sign him in 1962. His lifelong dream was within reach.

But his family, of modest means, insisted he go to college.

“The Yankees were impressed with me,” Olin says on an Israel Media Ministries video. “But my father and my family had never gone to college. My dad wouldn’t co-sign the contract because I was a minor. He said, ‘Son, I want you to get a college education, and then after college you can go into baseball.’

“I was heartbroken,” he says.

Still he honored his parents. He received a full scholarship at St. John’s University, where he is listed as Steve Olshansky on their ’65-66 roster. (Steve Olin who played for the Cleveland Indians is a different person.)

“I wanted to stay in New York,” he says. “God has a sense of humor that a Jewish boy went to a Catholic university.” 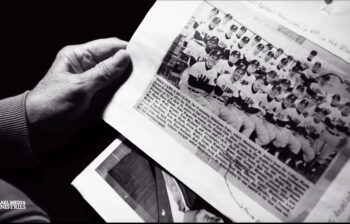 On the college baseball team, Olin injured his pitching arm.

“My team went on to the college world series without me. My arm was lame. I couldn’t pitch anymore. My fast balls had gone down to mediocre speed.”

Needless to say, he was crushed.

“God has different roads for us to go down,” he says, now looking back over his life. “He just didn’t have baseball as the road for me.”

Instead, Olin went into the business world.

At 31, he started his own electronics business. “I was fortunate to get the Atari video game line. Every door I went through, it was like God opened up for me. It was like magic. It was like going to Las Vegas and throwing sevens, one after another. I had millions of dollars in the bank, a penthouse in New York, a penthouse in Miami, a 15-acre weekend estate in Connecticut.”

In eight years, he did $2 billion in sales, and his public company was valued at $6 billion, he says. His wife and child lived the good life with him.

Out of the blue, panic attacks hit him.

To rid himself of the panic attacks, he started visiting a psychiatrist. All the doctor wanted to do was numb the pain by giving him sleeping pills and Valium. “He had no answers for me,” he says.

A stockbroker introduced him to cocaine at a party at the penthouse.

“I took to cocaine like a duck takes to water,” he says. “I started to party. I started to run around with women. I was an adulterer. I stopped working.”

He hired others to work for him, while he dropped out.

He made bad investments. From age 47 to 57, he lost everything.

“From many, many millions in the bank, I was running out of rent money and was two weeks away from being homeless,” he says. “All my money was gone. Nobody would hire me because I had a reputation of being into cocaine and not working.

“Supposedly this boy genius in business that was written-up in business magazines, no one wanted to touch me,” he says.

At 3:00 a.m., he cried on the floor and prayed to God: “Father why have You forsaken me?” I asked. “I was blaming God for my downfall like we all do. I wasn’t taking responsibility. While I was yelling at God and crying and screaming, in my heart I knew that it was my fault.”

“God spoke to me, not audibly but in my mind like a lightning bolt,” he says. “He said, ‘My son, my son, I have lost too many of my children to Satan. And you are on the path to hell. So I’m revealing Myself to you that I am God the Father. And my Son is Yeshua HaMashiach, Jewish Jesus.”

Olin received Jesus into his heart that night as Lord and Savior.

“I went to bed that night and for the first time in 10 years, I slept like a baby,” he recalls. “Even knowing that I couldn’t pay the rent in two weeks, and I’d be homeless.”

He had peace even though his world appeared to be afflicted with uncertainty and anxiety.

“God is so merciful and full of love and grace and generosity that after I gave my life to Him, expecting nothing more than just trying to survive, two days before I was going to be homeless, a man called me out of the blue,” Olin says.

He offered him a $500,000 salary and multi-million dollar contract in the steel industry, where rumors of his partying had not been heard.

“From almost being homeless, God snapped His fingers, and I was on my way up again,” he says. “I had Satan’s lie that money, power, fame will make you happy,” he remembers. “It’s a lie if you don’t have God in your life.”

“Without Christ…you will never be able to be at peace.”