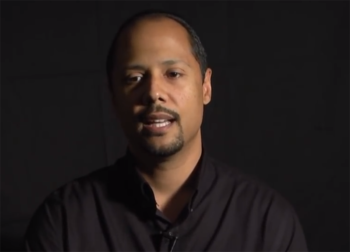 Jourdan Ortiz first got free from the witch, then from the Hebrew Israelites.

When his parents got divorced, Mom was distraught and went to the witch “doctor.” Little Jourdan thought that the waiting room looked very similar to a regular medical office.

But when he went in the patient room, his stomach turned from a bitter smoke smell. His mom took off his shirt and rubbed oil on his body. Then the “doctor” blew cigar smoke on him. There was also a voodoo doll with a cigar in the corner.

The appointment had no effect on him, but his mom seemed adversely affected. She started losing her vision and hair.

One day, his mom seemed terror-stricken. “Promise me you won’t leave me,” she pleaded to her son, who was full of fear and incomprehension. He tried to calm and console her, but he had no idea what to do.

Another day, his mom was sitting at the edge of the bed looking angry and afraid. “Mom are you ok?” a scared Jourdan recounts on a YouTube video.

She responded in Spanish, but since he never learned his mom’s native language, he only caught “God” and “cross.”

He drew crosses in the dust of the TV set and in a foggy windowpane.

“What do you think that is going to do?” his mom asked. It wasn’t his mom speaking.

But Jourdan didn’t know what to do.

Both mom and son were traumatized by the event.

Eventually, mom met and married a good man who cared for and loved them. He was part of the Hebrew Israelites, a group of blacks and other minorities who believe they are descendants of Abraham, Isaac and Jacob. The movement is active in the jails and in the ghettos and helps people get out of drugs and gangbanging with a message that promotes obedience to the Old Testament.

Observers have described the group as black supremacist at its extremist fringe. Some members “believe that Jews are devilish impostors and … openly condemn whites as evil personified, deserving only death or slavery,” according to the Southern Poverty Law Center.

Happy to find some stability in his family and life, Jourdan naively joined the group all the way up to high school.

But then he got a retail job and met a girl. They started going out and eventually kissed, which was a grave infraction of Hebrew Israelite norms.

He was plagued with guilt and confessed to his step dad. “How could you do this?” dad responded. “We are going to have to tell the elders.”

Next Sunday Jourdan and his step dad told the elders and they agreed he would write a letter and give it to the girl the next time he saw her. Jourdan was relieved that he didn’t have to leave the church and everyone he loved.

So he saw the girl and gave her the letter when she read it she looked up and simply replied, “I don’t accept this.”

He was shocked that she reacted like this and asked why. “Because this is not what you believe,” she said.

In that moment he realized that it truly wasn’t what he believed. He was just scared to lose his family.

That night when Jourdan got home he packed his bags. When he went downstairs, his sisters were sleeping on a mattress. He stopped and gave each of them a kiss on the forehead.

Jourdan was crying at this point. His mom was awake and was in the kitchen. She stopped and questioned him and he explained that he didn’t believe what they believed and that he needed to leave.

A few days later, Jourdan came home and asked for forgiveness from his step dad. He mentioned that King David also got forgiveness.

“Well, you’re not David,” his father told him coldly.

He was crushed. A sense of hopelessness began to overtake him. How could God love him if he left the Hebrew Israelite congregation and his family? But a few years later he found God and the truth. 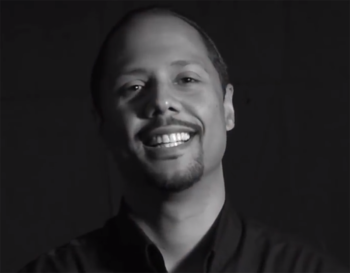 “I wanted to know from His Word and not from any outside sources. The very next day, the Lord began unraveling my old beliefs.

“He showed me how much He loved me and what His perspective of me was,” he says. “I still have pain and miss my family. But knowing what I know now about how much He loves me, I would endure that pain 100 times over to experience the Lord.”

It’s been 12 years since Jourdan has seen his family.

He converted to Christianity and married the girl he once kissed. He is the founder of Servant of Christ Ministries, which has produced videos for teaching, discipleship and encouragement.

“Now that Christ is in my life, I have a passion to share the gospel with others,” he says. “I don’t want other people to be deceived the same way I was deceived. I want people to understand that God cares about them, loves them and is seeking and wants to find them.”