She knew that four uniformed officers sat in the front row, watching her every move. “I had to be very careful,” Hala told the JESUS Film Project. “They were listening intently, for we had called this meeting without a permit, without permission.”

Hala spoke to the women from her heart. “I know how devoted you are to Islam, how much you respect and love God, how honest you are in your worship. You fast and pray so faithfully. But on the other hand I feel sorry for you. Because you can never be sure of your salvation. You can never know if your destiny is heaven or hell.”

The burqa-clad women followed her words carefully, nodding their heads in agreement at various points.

Then Hala did something surprising and incredibly bold. She turned to the four officers in the front row and asked, “Would you please leave the room? I need to speak to these women in private.”

Amazingly, the officers complied. They trudged out of the room and shut the door behind them. What Hala didn’t know is that the officer’s suspicions were aroused, so they called four more officers to join them outside.

For the next half hour Hala shared the Good News of the gospel with the Muslim women. “Now you need to pray to the God you do not know,” she told them, “the God who loves you and sent His only Son to die in your place, Who is risen from the dead and wants to forgive you and give you peace. Cry out to him and ask Him to reveal Himself to you, tell Him that you want to know Him personally.”

Then God poured out his Spirit on the group. “They were in tears, crying…all 200 women,” Hala recounted. “I asked those who wanted to follow Jesus to stand and pray. They all did, the entire group, every one of them!

“Many were sobbing. I prayed with the to receive Jesus. They prayed aloud. Because this was the first time they had heard the gospel, I wanted them to fully understand what they had just done and about Jesus. So we gave each woman their own Bible and a DVD of ‘Magdalena,’ the adaptation of the JESUS Film for women. 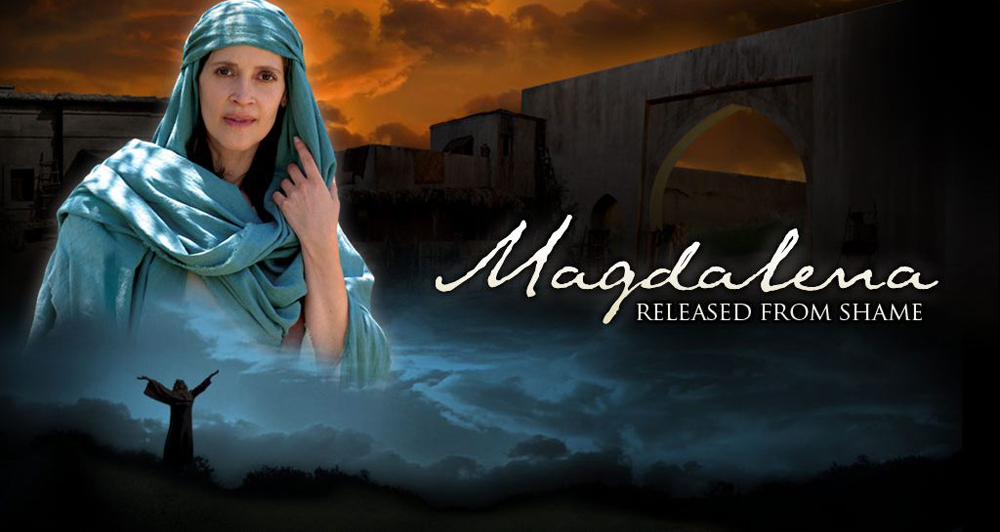 In this midst of this exuberant moment, trepidation crept in. “I was also worried, because Christian DVDs and Bibles are illegal in this country. We knew the secret police were waiting outside and would surely confiscate everything. Yet we felt moved by the Holy Spirit to give them the materials.

“Worse, I had insulted the officers by asking them to leave. I didn’t know what was about to happen. So with the meeting over, the women began filing out of the room through the single door.”

The eight police officers were waiting outside, on either side of the door. Then God did something amazing – he blinded their eyes!

“As the women walked out, they proudly held their Bibles and DVDs in plain sight. They didn’t bother to conceal them. And believe me, I saw this with my own eyes, like when God parted the Red Sea to protect the people of Israel.

“With the police watching the women from both sides, with their Bibles and DVDs in pain sight, the police saw nothing! God blinded their eyes! It was so incredible!”

Hala took some photos of the women and celebrated with them. “The police confiscated nothing that day! And we are regularly following up with these believers. We’ve been discipling them to be lights of truth to their families and culture.”

To learn more about the JESUS Film Project, go here