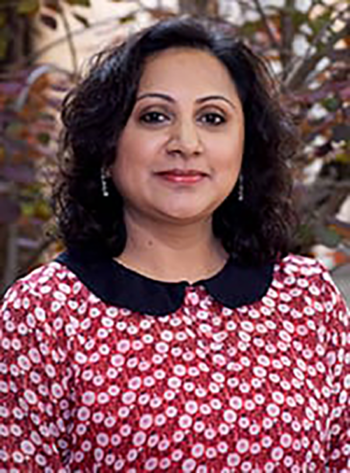 She had 300 million gods to help her, but when Preeti Krishnan struggled with her MBA studies none of the Hindu pantheon answered her prayers.

“I was sensing that there was something between me and God that had gone wrong, otherwise God wouldn’t let me go through this. I was getting depressed,” she says. “I thought I had to appease the gods. I was really desperate and thought that if I didn’t get help, I would go crazy.

When she cried out to one of her beloved gods, he responded with a terrifying vision. “I started praying to my favorite Indian god called Ganesha. Ganesha is the elephant god, and he is the god of education and knowledge.

“So I said, ‘If he’s on my side, I’ll succeed.’ As I closed my eyes praying, I saw huge Indian elephant charging toward me. As I opened my eyes, I said, ‘This is really bad because even my favorite god Ganesha has turned away from me.’” 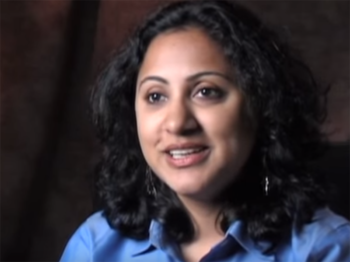 She asked her gaggle of gods for help, but all 300 million remained silent.

“No one was answering me,” Preeti says. “Then I remembered that I had a Gideon’s Bible, a little small Bible that I got free in school. So I opened it. I don’t remember what I read, but in a matter of a few seconds, something very tangible, something like white light, it was so clean, so strong, so forceful, just flowed through me.”

As the “flow” poured from her head to her feet, her burdens and anxieties lifted away.

It was 2:00 am, and Preeti’s sister, sensing something unusual happening, woke up and asked her sister what was wrong. 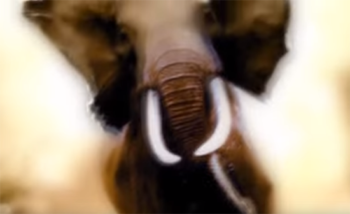 “My goodness, your face is glowing,” her sister said. “Something has happened. What happened?”

Preeti reassured her. There was no need to worry, she said. “Jesus was there. He’ll take care of me.”

On vacation when Preeti visited her hometown, she met with a pastor of New Life Fellowship Church. The pastor led her in a prayer of salvation, and she was born-again.

While she met God, her friends abandoned her for leaving Hinduism.

“They called me names,” she recalls. “They said, ‘Oh you’re a fanatic. You’re a rebel. You will amount to nothing. You’re a waste because now you have Jesus as a crutch.’” 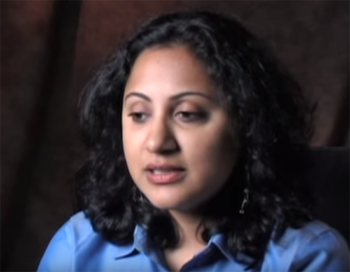 Her friends loyal to Hinduism renounced her. “It was difficult,” she admits.

But she excelled in her studies. Today, Preeti is a faculty member at the Indian Institute of Management in Bangalore.

Since there are a plethora of gods in Hinduism, there are as many paths that lead to immortality. In stark contrast, Jesus says He is the only way.

“Jesus is the door,” Preeti says. “Only Jesus is the one person we can go through. Everything else is a wall.

“I remember fighting with Jesus and saying, ‘Why did you make it so complex? Why didn’t you make 300 doors so that somehow we’ll all enter in?’