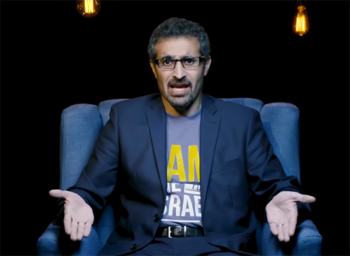 Every morning in school, Darwish shouted the customary class-wide chant repeated like the pledge of allegiance in America: “Death to Israel!”

As a Muslim in anti-Semitic Iran, Darwish hated the Jews but never knew why.

He graduated military school and became a commander in the Iranian army. He was moving up the ranks, but he acquired a nasty drug habit. “I became addicted,” he says on a One For Israel video on YouTube.

When he was discharged from the army, he got a fabulous job with great compensation.

But he wanted even more success, so he decided to go abroad where opportunities were greater. He made the dangerous journey from Istanbul to Bosnia and finally to England, where he applied for asylum.

On his application, he justified his need for asylum by stating he was a persecuted Christian.

This was a lie, only a ploy to increase his chances of being granted legal status in the West, where he enjoyed freedom and prosperity.

He realized that eventually he would be called to account for his version, so he decided to arm himself with knowledge of Christianity. Dutifully, he went to church. He filled his mind with the basic doctrines of Christianity.

Still, he felt no compulsion to accept Jesus as his Savior. 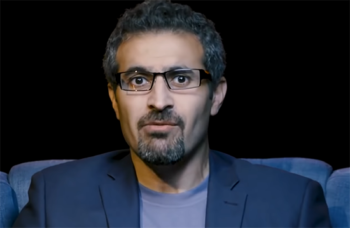 “My brain was full of information,” Darwish says. “But my heart was still dark.”

On the day of his interview, he asked his pastor to go with him, but his pastor refused.

“You are not a Christian,” the pastor told him. “It is all a lie (on your application). Yeshua asked you to stand on truth, and the truth will set you free.”

Darwish was outraged by the pastor’s refusal to support him. Why wouldn’t his pastor help him? He was now in very real jeopardy of being deported to Iran.

That night alone at home, he cried out to God. “If there is any God,” he prayed desperately, “show yourself to me because I can’t continue anymore.

Then something remarkable happened. God revealed Himself to Darwish. “In that moment, He healed me completely of drugs. He touched my heart.”

Darwish was born again, filled with resurrection power by the Holy Spirit. “That was a power just working in my heart,” he remembers. “I tried several times before to give up the drugs, but I couldn’t. But that time I asked Yeshua to start a new life, and He did.”

The next day, he confessed his lies on the application to the immigration official. His status change request was, naturally, denied.

But Darwish wasn’t completely without resources or hope. Most importantly, he had finally started a legitimate relationship with Christ. Embarking on a new life, he also was given a new legal strategy, one based on truth. 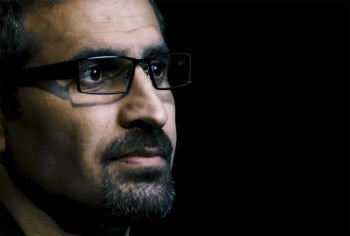 He appealed the summary denial of his visa application and was granted a court hearing.

By the ironic sovereignty of God, he wound up in a Messianic congregation. Darwish, the man who grew up hating Jews without knowing why, suddenly found himself in a body of completed Jews.

He even became part of the worship team.

When his court date came, the judge asked him what he had done the day before.

He had led worship. He had been reading Psalm 96, and he recited it to the judge and the court.

“You are accepted to stay in England,” the judge told him.

“For a long time, I used to believe a lie about this nation, about the Jewish people,” he says. “I started to read the Bible from the beginning, and through this study, God gave me a passion, a love for the Jewish people because He is the God of Abraham, Isaac and Jacob. God — Yeshua Messiah — saved my life and changed my life.”