His father brought American-born Hazem Farraj back to Jerusalem to teach him the ways of Islam. But the then-12-year-old stunned his parents by adopting a different path, one that would lead to his family’s rejection.

Farraj committed himself to his father’s plan to rediscover his roots. But the more he prayed and practiced the rituals of Islam, the more his doubts grew.

“If you’re praying to Allah, and you don’t see no response from Allah, then you need to figure out who’s listening or who’s answering that prayer,” he says on a Road to Jesus video. “That’s what I had to do. Praying prayers to heaven it was like heaven was brass. They would fall back to me. I was searching.”

But in his quest to know Allah, he grew frustrated and angry. “It made me mad because here we came as a family halfway around the globe from America to the Middle East,” he says, “and the god I came to follow was not responding.” 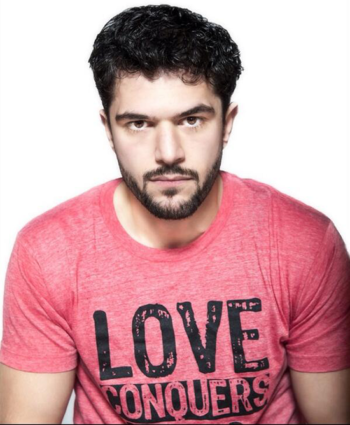 It only made him angrier to meet upstairs neighbors in his building that were Christian. Why did they have joy and peace while Farraj had nothing? He describes the one and a half years quest for truth as “an identity crisis.”

“I was getting trained culturally as a Muslim, but the Islam I found shocked me,” he says. “Instead of running into the god of Islam, I found Jesus.”

The upstairs neighbors smiled a lot. They were nice. They showed love.

They projected the image of God in their faces, and it bothered Farraj. So one day he challenged the family’s father, who was legally blind. Why hadn’t Jesus, if He were real, healed him?

The man explained everything Jesus had done for him. They talked for four hours. Farraj was intrigued but not ready to relinquish the faith of his upbringing.

Some weeks later, the family invited him to McDonald’s — with a catch: first they were going to church. Would he come with them?

“I was observing all the happy Christians raising their hands and worshiping God, singing to someone they knew was real. To see these people happy and so alive in Jesus was a shocker,” he says. 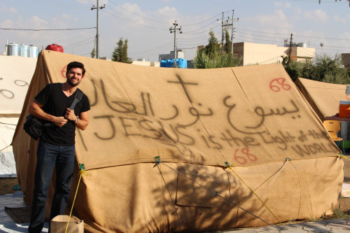 But then the grave warnings against abandoning Islam reared their monstrous memory in his mind. He was attracted to the Light but fighting it every step of the way.

Farraj left the church and went down to the first floor, where he knelt to Mecca and prayed his Islamic prayers. It was no good.

“At that point I was so angry. I finished my prayers on my knees, and I said with tears rolling down my face, ‘Whoever you are, whether you are the god of the Koran, I’m needing you to do something because I’m being lost to this Jesus I sure as heck hope that you see this struggle because I’m losing this one, man. I’m trying to do your job and this is not working out. I’m trying to hold on to Islam by the skin of my teeth, wanting it to be real.”

After pledging his loyalty to Allah and asking for help, he considered the possibility of the legitimacy of the antithesis.

“But if you are Jesus who these people are happy believing, whatever the truth is, I’m going to find it.” 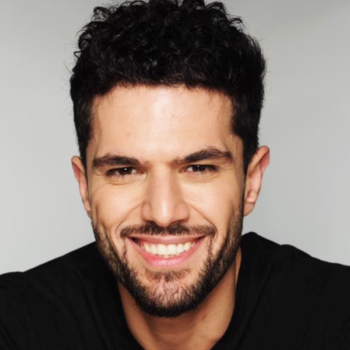 He returned to the service.

“I got up and went to sit back in my pew, and I wasn’t angry anymore and I was appreciating that these people were in a place in their relationship with God that I was desiring for so long.”

The next day, he climbed the stairs to talk with the blind father.

Farraj attempted to say, “I want to become a Christian,” but fear kept him from pronouncing the word “Christian.” For 40 minutes, he tried but could only pronounce the “c” sound. Finally the father told him he had to leave, and if he wanted to complete the sentence, he needed to do so immediately.

Farraj gathered all his strength, focused his energies and ripped the words out: “I want to become a Christian.”

Two days later at the appointed time, Farraj accepted Jesus into his heart and became born-again. It was a feeling like no other.

“I literally wanted to jump, scream, shout,” he says. “I didn’t want the Christians to think I was crazy. I literally had to tame my spirit. I was set free. My countenance changed completely. My life changed.”

When his parents found out three years later, they were not happy. Dad brought his family away from the “corrupting influences” of Brooklyn to their motherland to reestablish roots in Islam. Instead, he son became an “infidel” and “idolater.”

In a part of the world where honor killings are practiced on apostate family members, his reaction was reserved. He simply disowned his son.

Farraj lost his family, friends and cultural identification. He was on the streets.

“It’s never easy because if it were easy (for a Muslim to find Jesus) then the whole world would go the same way,” he notes. “What I can promise the struggling seeker is that the process is worth the fight.

“My family disowned me, my people and culture turned their back on me. Everything I knew and loved was failed,” he adds. “If I didn’t have a true Savior, I would have lost my mind or I would have committed suicide.”

But he had a Savior who would take care of him through His people. Today, Farraj runs a speaking ministry encouraging Muslims who struggle like he did.

“There is One who kept me through it,” he says.