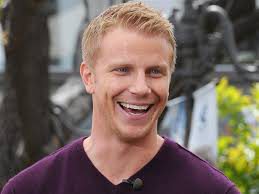 Sean Lowe had some serious misgivings about appearing on the Bachelor reality T.V. show. As a Christian, he worried his testimony might be tainted by the ambiance of contestants drinking and fornicating.

When he said he would wait until marriage to have sex after appearing on the show, he cleared up doubt among Christians — and he unleashed a maelstrom of criticism in the secular media. He was roundly ridiculed as the “virgin bachelor.”

“Never in a million years did I think I’d do a cheesy reality TV show about love,” he said later on the “I am Second” video series.

His sister set him up for it. Sean, who floundered with an investment business, got a call from the LA area code one day out of the blue. They wanted him to audition for “Bachelorette,” the “reality” show in which through weeks of dating on some remote tropical site a single woman filters through dozens of aspirants to finally get engaged to one. 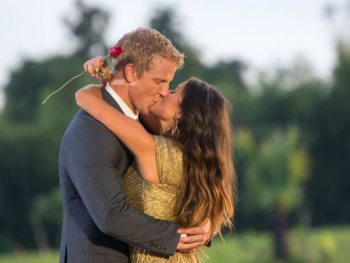 “I had no idea what (the lady on the phone) was talking about,” he remembers. “I didn’t know if it was a joke.”

When he tracked down the source of the call to his sister, he confronted her. “Listen, I have no desire to be on a reality TV show, and I certainly don’t want to subject myself to all the public criticism.

“Guys go on there and get drunk,” he says. “And there’s the fantasy suite and sex and nudity, and it just didn’t seem like something that represented me.”

After waffling, he opted in because he was persuaded by the opportunity to travel and see more of the world on the expenses-paid show. He had bankrupted a financial services firm and was miserable in the family’s insurance company. “I just wanted a free vacation,” he said.

He started at a mansion with the other guys in North Carolina, then traveled to Bermuda, London and Croatia. Since he only went in for the travel, he was blindsided by the feelings of romance that bubbled up in his heart during the times he “dated” the bachelorette.

“After six weeks of being on the show, I knew I loved her,” he recalls. 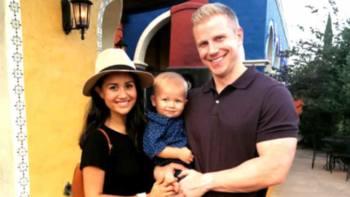 But, in front of 7 million viewers, the girl chose Sean’s competitor. He was broken-hearted.

“I couldn’t understand why God opened the door for me to be on this reality show, to fall in love only for it to end like this,” he says. “I could not understand why He led me to heartbreak.”

Six weeks later, the executive producer called and offered him the chance to appear as the bachelor in the next series. This counterpart version of the “Bachelorette” show is the same, only this time 25 girls vied for his affections. He starred in the 17th season of the show in 2013.

If he had misgivings about being on Bachelorette, he had real apprehension about being the lead of Bachelor.

“Dating 25 girls at one time felt wrong,” he says. “What if I’m harming my testimony? What if people look and me and they say, ‘This is what is wrong with Christianity. He’s professing one thing and he goes on TV and he’s doing the opposite.’”

Ultimately, he proposed to Catherine Guidici.

“Catherine was the one who I couldn’t see myself saying goodbye to ever.”

Then some pesky reporter, knowing he professed to be a Christian, tried to trip him up.

“Somewhere along the line, probably because people did know that I was a Christian, someone thought to ask the question, ‘How’s the sex?’” he recalls. “I answered it honestly: ‘Catherine and I are not having sex until marriage.’”

He wasn’t trying to be a prissy Puritan. As a matter of fact, he had fallen into sin for five or six years after college but was trying to please God now that he was older.

But his sincerity detonated the cackling hounds of the Left, the scorners and scoffers of any attempt to adhere to a moral standard. All the pundits who pronounce the mantras “You can’t expect anyone to wait until marriage,” decided to take aim and fire.

“Every tabloid had me on the cover and they labeled me ‘the virgin bachelor,’” Sean says. “Whether it was Late Night with Jimmy Kimmel, Entertainment Tonight, you name it was always brought up. They were just going to view me as a weirdo.”

Sean married Catherine in 2014. He was the first bachelor to actually marry the girl he proposed to on the show after 17 seasons.

“I don’t know who I would be without Jesus,” says Sean, now 35. “He shapes the way I think, He shapes the way I interact with everyone I come in contact with. It doesn’t matter what I go through, the ups and the downs, the failed businesses and the broken hearts, I know that I’ve got a God who loves me, who’s right there next to me saying, ‘It’s gonna be OK, I’ve got plans for you. I love you.”