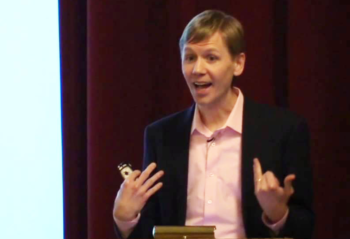 Ultimately, Troy Van Voorhis, a theoretical chemist and professor at MIT, decided his pursuit of science presented no conflict with his “undeniable” experience with God.

Often, college professors counter pose God and science as if the two were irreconcilable. Faith in God damages unrestricted science, they say, and the pure scientist ought to withhold opinions on such doubtful subjects as the existence of God.

But Van Voorhis, who developed the first practical implementation of a Meta-GGA in Density Functional Theory, doesn’t subscribe to the academia-sustained divorce of faith and science.

“I was raised in a Christian household, but like many raised in the Christian faith, there came a time when I had to wrestle with my faith and answer the question if it was really relevant, and I decided it was not,” Van Voorhis says in a Veritas Forum video. “But when I was in graduate school I had an encounter with God that made me rethink my suppositions about how God operated in the world.” 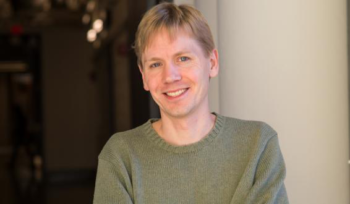 Van Voorhis was raised a Presbyterian in Indianapolis. He earned a BA from Rice University, where he worked under Gus Scuseria to advance the science of Density Functional Theory, a computational quantum mechanical modeling method used in physics, chemistry and materials science to investigate the electronic structure. He continued his work at MIT and discovered applications that have been useful for solar panels.

After attaining notoriety for his work, he went on to UC Berkeley to get his PhD in 2001 in the field of theoretical chemistry.

While he stopped attending church in college, he restarted at Berkeley after he experienced God in an undeniable way.

God “called me to make a new decision about whether I wanted to follow what He had to say or to do other things, and I decided to follow Him,” Van Voorhis says. “I’m the unusual case that I didn’t have any Christian friends at the time and I was not going to church. I was just getting ready one morning, and I felt like God spoke to me.”

But it wasn’t just a “mystical” conversation with the Big Man upstairs, Van Voorhis says. God challenged him to give away “the vast majority of my possessions.” 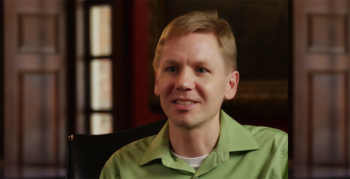 And that’s how he learned that faith is not just thinking, it’s doing.

“Once you start doing things that reinforce the belief that you hold, that is actually quite important from an intellectual standpoint,” he says. “Things like the Christian faith are intellectual. There is intellectual content to it. But they are not meant to be confined solely to an intellectual discourse.”

His first step of faith — of giving away material wealth — led him to see the wisdom of living in community with other believers. He started going to church, at first the Presbyterian Church near campus. He now attends a more “charismatic” church near Cambridge.

So does the scientific vocation present a stumbling block to faith?

“It’s a myth that to be a good scientist you need to be an atheist,” Van Voorhis says. It’s true that “to do good science you’re required to be an objective observer… But there’s a flaw in that atheism is every bit as biased in science as theism. Science can no more prove the non-existence of God than it can prove the existence of God.”

Pure science, then, is neither anti-God or pro-God, he says.

“The secret to being a good scientist is not that you become some unfeeling skeptical robot who runs experiments,” Van Voorhis says. “The secret is to set your biases aside for a time so that you can analyze your data in a rational and unbiased way. Being an atheist provides no particular advantage to doing good science. It’s just another bias you have to set aside when you’re doing an experiment.”