Those same stipulations in Leviticus that make most Christians’ eyes glaze over are the very ones that convinced Dr. Lawrence Czer that God was real — specifically the dietary restrictions that must have seemed arbitrary and pointless in the unscientific ancient world.

“As I began to read the Bible, especially the books of Moses and specifically in Leviticus, I was noticing that God was telling the people of Israel to basically trim the fat off the meat that they were offering Him and to offer the fat to Him,” Dr. Czer said. “And I thought, ‘Wow, God’s a cardiologist.’ They’re eating really healthy meat because they trim off all the fat, and God really knows what He’s doing here.”

Dr. Czer is an internationally recognized cardiologist. He is the medical director of the Heart Transplant Program at Cedars-Sinai Medical Center in Los Angeles. He was a pioneering researcher in the use of stem cell treatment as an alternative to invasive surgery.

For him, another convincing dietary restriction was the prohibition of eating blood, a “very, very safe practice because a lot of bacteria and viruses can be in the blood and you certainly don’t want to eat uncooked meat or poorly cooked meat,” Czer continues. “He was saying to drain all the blood out of the animal and to cook it well.

“So I thought, ‘Well, He’s very health conscious too! He knows what He’s talking about. He’ll prevent transmission of infectious diseases. It’ll keep the priest healthy; he won’t eat too much fat. And you know, they’ll have a long life.” 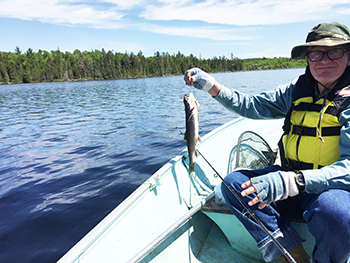 So while atheists who revere science examine Leviticus for laws that appear nonsensical, Dr. Czer discovered that God knew about science before even science did and His dietary requirements made perfect sense.

“I thought, ‘This is really neat. It’s not just a whimsical or arbitrary set of rules. He’s asking the priest to do this in faith not knowing the reason.’ But obviously He knew the reasons. We kind of know the reasons now. Looking in retrospect, God was just looking out for his people. I thought, ‘These are rules for good reason, not just arbitrary rules, and He knows what He’s doing.’”

The implications of his discovery in the Bible, he says, is that the rest of the law — especially the Ten Commandments — should be obeyed out of faith, even if you personally ignore the reason behind the rule.

But while the Levitical ordinances convinced Dr. Czer to come to God wholeheartedly, it was a family crisis that made him open his Bible.

Dr. Czer was raised in a Catholic family, his wife Greek Orthodox. When they lost their first pregnancy to anencephaly (part of his skull was missing in the womb so the brains leaked out) in the early 1980s, they were overwhelmed by grief and decided to seek God in a born-again church, the Lighthouse of Santa Monica.

At the time, doctors told them the condition was hereditary and would “likely” affect all subsequent attempts to have a child, he says.

“It really impacted us,” Dr. Czer says. “We were told it was likely to occur again. We decided to not believe the bad news but instead to go ahead and try to get pregnant again.”

As it turns out, prenatal vitamins — particularly folic acid — prevented the deficiency from occurring again. Their next child was a healthy boy — and they went on to have seven kids in all.

“We were greatly blessed,” Dr. Czer says. “We’re very happy in retrospect that we believed God and went ahead to have children. That very much impacted our decision to come to know God better and to know Jesus. We developed a very profound respect for life.”

Dr. Czer graduated from the UCLA Medical School in 1977. He co-founded Cedars-Sinai’s Heart Transplant Program, which is the largest in the United States, according to the Cedars-Sinai website.

As a clinical researcher who publishes some 230 peer-reviewed scholarly papers, Dr. Czer uses molecular, cellular, transgenic and wild-type animal, and human tissue and cells to investigate the biology of cardiac stem cells in normal and diseased hearts and to understand mechanisms of cardiac valve calcification, the website says.

Permission granted to use audio file, on the condition attribution is made to God Reports the original source.