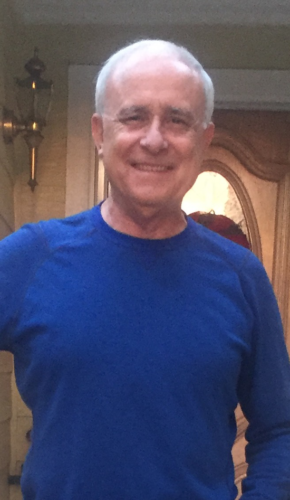 Despite leading a 500-student college group, Pastor Lynn Cory felt something was very wrong with his ministry at a San Fernando Valley mega church. It was too “churchy.”

So after 10 years of thriving ministry, he quit a paid ministerial position and worked for an advertising firm where he could rub elbows with the unsaved and share his faith.

Today, Lynn has an aversion for what other pastors crave: big crowds, fancy buildings and better programs. God has led him to a different approach, bringing individuals to Christ one at a time through “neighboring.”

He offers some drastic advice: Throw your megaphone in the trash. Ditch the building programs; rid yourself of growth strategies from corporate America; stuff the showmanship of Hollywood. And, above all, dispose of the mantra that bigger size equates with success.

Go and be a neighbor, he advises. Make friends with the people next door. Bake them a pie or invite them to dinner. Shred your packed agenda and share the love of Christ slow-cooker style, by gaining their confidence through months and years.

Lynn calls this approach to evangelism “Neighborhood Initiative,” and has expounded the virtues to turning church paradigms upside down in two books, Neighborhood Initiative and the Love God and The Incarnational Church. This latter book coins the term from what Jesus did: being the face-to-face reference point bringing God to those who don’t know Him.

Lynn sees a movement forming, from Chico, California to Illinois. Even mega church pastors are signing up. They are moving away from the big splash, substituting the unglamorous grind of returning to what the Book of Acts calls “house to house” ministry.

Lynn’s argument is compelling. He cites data from George Barna that found 80% of church growth was membership transfer. Churches are not converting people; they are stealing from churches with fewer resources.

Plus, not every church has the resources to mount a Greg Laurie-style outreach. Because they can’t, many churches have excused themselves entirely. Anyone can visit his neighbor with a pie and show concern for his well-being.

“God moves at the speed of relationship,” one chapter says.

Today, Glen Taylor is the pastor of the Vineyard Pasadena Community Church. Formerly he was a missionary in Central Asia for 23 years. Because of Muslim hostility towards Christianity, Taylor had to employ under-the-radar evangelism of making friends and sharing as people opened to him.

Then he returned to America, and he was dissatisfied with the prevailing strategies. “I have been frustrated with the inefficiency of the conventional church model for producing a high percentage of disciples genuinely living a life of transformation and mission.

“Relationship has to take priority over everything else I do.”

The Neighborhood Church in Fresno has taken this approach to a new level. Pastor Joe White identified 923 homes of 3,500 residents around his church that he is “neighboring.” He has set up a tutoring center, an urban farm and a job-training workshop in a dilapidated, abandoned building.

“Ours is a church for people who don’t like church,” White says.

Pastor Jeff Fischer of Hope Chapel in Winnetka, California, brought “Strong Man” evangelist Greg Mead into a crime-riddled neighborhood in the San Fernando Valley. He didn’t use a stadium or a theater. He used a city street. People are accepting Jesus, and crime statistics are dropping.

Too many pastors think they are too busy to “waste time” with neighboring, says John Tolle. “My focus as a pastor had been to ‘get people in’ the doors of the church building, not to ‘get the out’ into the world to do the work of the Kingdom of God,” he says.

“Teaching in front of thousands of people felt exhilarating,” writes Dave Runyon in “The Art of Neighboring.” But “it didn’t seem like we we’re producing the kind of life change we were hoping to see.”

Michael Ashcraft pastors the Lighthouse Church in Van Nuys — the Church on the Lake.