Jason and Nisae Williamson, from Toledo, Ohio, are planting a church among the Iski people group in Papua New Guinea.

After the Williamsons arrived in the village of Oguru in 2014, an older man named Anka appeared from another village. “His family sent him to our village to live with us so that he could hear the good news ASAP,” Jason recounted, in a blog post for Ethnos360.

There were believers in his family concerned about his age and declining health.

“It’s hard to say how old Anka is, as most Papua New Guineans don’t know their actual birth date. However, Anka remembers being a little kid during WW2 and running for safety as Japanese and American fighter planes fought in the sky. So he must be at least 80,” he noted. 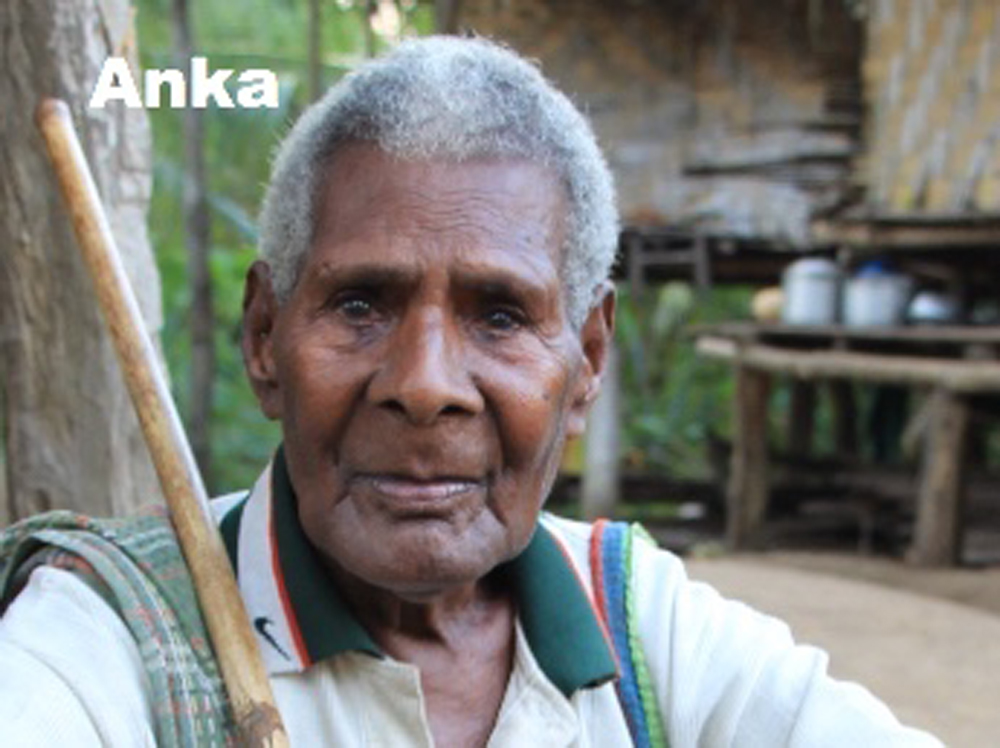 Anka also had a palpable fear of death. “Anka grew up being taught from his local religious leaders that he had to earn his way to heaven, and he was taught from his parents that he also needed to continue to worship and appease the spirits.”

“He would go on and on about fear of spirits and his overwhelming fear of death,” Jason emphasized.

With some sense of urgency, the Williamsons began to pray that Anka would receive Jesus before he died.

When Jason began his “Creation to Christ” teaching in the village, Anka was one of the first to arrive every morning, making sure he got a spot in the front.

After four months of teaching, Anka came up to the Williamsons, overflowing with joy, “Now I know that Jesus paid for MY sins and now I’m a child of God. I do not fear death anymore, I will die and be with God!”

He had been born again and was filled with the Spirit.

A few months later, Anka’s health worsened and he could hardly talk, but he continued to attend the teaching. “One afternoon we got word that he had passed –the first death of a believer in the Iski church.”

Anka’s daughter said, “This is not a sad thing, I know that he is with God now.”

After a death, the Iski tradition is to stay up all night out of fear that if they don’t show a proper level of sorrow the person’s spirit will retaliate against them.

But the power of the Gospel brought cultural change. “That evening the believers came to me and said that this was a time to praise God for saving Anka and that they planned on staying up and singing praise songs instead,” Jason noted.

The following day, the new believers sat around and reminisced about what they used to think about death. “Jason, we used to think that the spirit of the dead man would roam around his village for three days and at the end of those three days we would go to the river to wash our hands to send him away.

“Now we know that when someone dies their spirit immediately leaves the body and goes straight to heaven or hell.”

Another believer told Jason they formerly believed the spirit of the dead man could tell them how he died (and if someone had poisoned him).

“They would carry the coffin around and the spirit of the dead man would direct them to the man who supposedly poisoned him.”

One of the villagers told Jason, “Now we see that this custom was meaningless! Our thinking or the spirits tricked us into believing this was true.”

The Williamsons could see this burial would be unlike any in the past. “At the burial of Anka, even his unbelieving family who came from far away could see that this burial was different, and they also expressed joy knowing that their grandfather had heard and believed the message of the Saving Man.”

Jason and Nisae praise the Lord for the peace he is giving the new Iski believers. “This is something they have never experienced before, and we are rejoicing for them as they allow Truth to seep into their worldview and begin to change it.”

“Thanks for your continued prayers for the young Iski church!”

To learn more about the Williamson’s work in Papua New Guinea, go here