The bubonic plague – once called the Black Death – killed one-third of the world’s population in the 14th century – some 200 million people. It is now on the rise in Madagascar, propelled by a macabre pagan ritual known as ‘famadihana’ or the ‘Dance with the Dead.’

This year, more than 1,200 cases have been diagnosed in Madagascar, three times the normal level. There have been 124 deaths.

This form of the plague – more precisely termed the pneumonic plague — can be fatal within 12-24 hours and if untreated, it is nearly always deadly.

The pagan ritual that may be spreading the disease, famadihana, involves families exhuming the remains of dead relatives, rewrapping the bodies in new cloth and dancing with the corpses as part of the ghoulish ritual.

“It’s necessary to assure cosmic harmony… it satisfies our desire to respect and honor the ancestors so that they can be blessed and one day return.”

The ritual is accompanied by animal sacrifices, and the meat is used for graveside feasts. 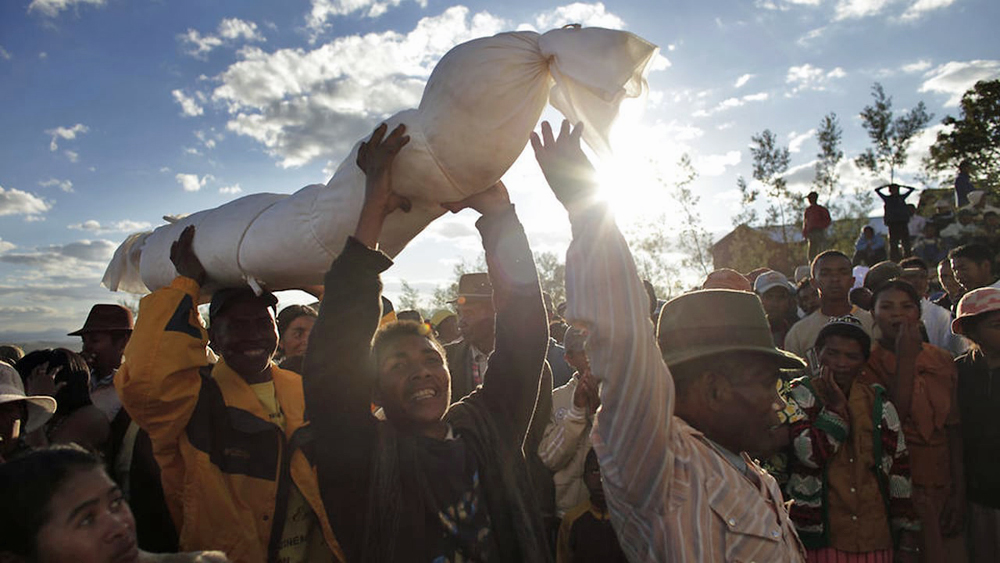 One 18-year-old man described his excitement to take part in the ceremony. “I am extremely proud to go to rewrap the bones of my grandmother and all of our ancestors. I will ask them for blessings and success in my school leavers’ exams,” he told AFP.

The celebration is complemented by music, dancing, and free-flowing alcohol.

When the ritual ends, the mats that carried the bodies are stored under their family’s mattresses until the next famadihana as a sign of good luck. 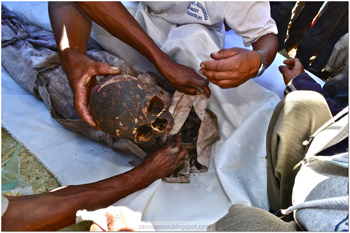 However, health officials are warning that the ritual can also be a source of fatal disease transmission. “If a person dies of pneumonic plague and is then interred in a tomb that is subsequently opened for a famadihana, the bacteria can still be transmitted and contaminate whoever handles the body,” Willy Randriamarotia, the chief of staff in Madagascar’s health ministry, told AFP.

The health ministry is prohibiting large public gatherings and they are monitoring all travel points, but many refuse to give up their tradition.

One woman said she doesn’t believe the government’s linkage between the ritual and the disease. “They (the dead) gave us life,” Helene Raveloharisoa told AFP. “I will always practice the turning of the bones of my ancestors – plague or no plague. The plague is a lie.”

The disease recently spread to the neighboring country of Seychelles. International health organizations have responded by setting up centers to treat the disease in nine African nations near Madagascar.

The World Health Organization (WHO) originally described the risk of a multinational pandemic as low, but they recently changed their assessment.

“Due to the increased risk of further spread and the severe nature of the disease, the overall risk at the national level is considered very high,” the WHO stated.

They gave glory to God, overcame ‘worm of adversity’