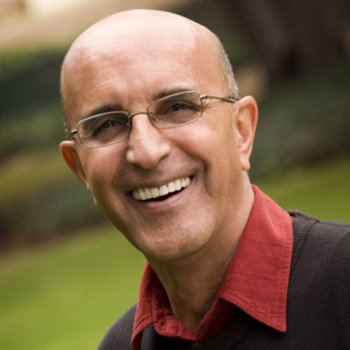 Flunking out of engineering at Pepperdine College, Shah Afshar contemplated suicide as he faced the fact that he was failing his family in Iran.

But Shah, whose full name is Shahrokh, fell in with a group of ex-hippies.

“They had two things that were very lacking in my life. They had peace and joy,” he said. “When I asked them, ‘What makes you different?’ They told me, ‘We’ve become born-again.’ They were followers of Jesus Christ.

“Of course, that really offended me, coming from a Muslim background. I began to argue with them because I believed I had Mohammad, the greatest and the last prophet in the world. Who were they to tell me that a second-class prophet named Jesus was better?

“But I couldn’t deny the fact that they had something I didn’t have,” he added. “And as long as I was around them, I could experience the peace.” 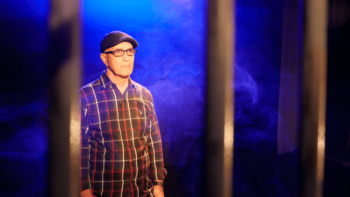 Because Islam was deeply ingrained in his life, he retrenched and became a devout Muslim. But the suicidal broodings haunted him everywhere – except when he hung out with the Christians.

“They continued to love me and accept me,” he said. “And they would take me to their Bible studies – where I would never understand what is going on. I kept going because I couldn’t deny the fact that they had something I didn’t have.”

He was invited to a Thanksgiving dinner. The father prayed for the food. “That really touched me,” he said.

On the way home, Shah cried out to God:

“Look at me, I’ve tried Mohammad, I’ve tried Ali, but I want to kill myself today,” he said. “Then I said, ‘Jesus, if you’re really who these people tell me you are, I’ll accept you if you give me good grades in school. 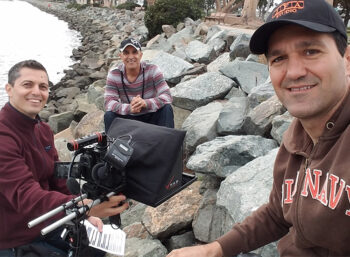 Part of accepting Jesus was a condition. “I said, ‘Jesus, I’ll follow you if you give me good grades in school.”  It was a “feeble and theologically wrong” prayer, but God met Shah at the encounter.

A month later, he was expelled from college, but he still followed Jesus and got baptized. He started reading the New Testament. At the end of the Gospel of John, he stumbled across Thomas’ epiphany: “My Lord and my God.”

Suddenly he realized who Jesus was!

After a year, he re-enrolled at Pepperdine and eventually, through many struggles, managed to graduate with a vaunted civil engineering degree.

He married and had two children. He worked as an engineer for 10 years, at the end of which he realized, “I really suck at this.” He lives in the San Fernando Valley.

He went on to become the leader of the first Iranian Christian organization in the United States, the Fellowship of Iranian Christians. He has propagated the gospel and planted house churches. Meanwhile, back in Iran there were rumblings of a regressive brand of Shia Islam.

In 1979, the Ayatollah Khomeini and his henchmen mounted a coup and enforced austere rules for female dress and conduct derived from the 7th century. They held American diplomats hostage and hanged from cranes anyone associated with the previous regime.

As a result, large numbers of Iranians, bewildered and betrayed by the religion of their upbringing, emigrated to the U.S. “People started to come to the Lord, and that’s how my house churches started to grow,” he said. “There was this huge emptiness in their souls.”

He quit engineering and threw his energies full time into the ministry. After 20 years, he was named the regional coordinator for the Middle East for a missionary organization. After six years, he became independent in 2006.

His latest effort is to produce impactful videos and offer them for free to SAT7, the Christian ministry that broadcasts via satellite in Farsi to Iran. Anyone with a dish on their roof can pick up his programs, which are oriented towards young people. The videos often feature intriguing dramas and candid talk about real problems.

His work has gotten him on the religious police’s blacklist. “I can’t go to Iran,” he said. “Or rather, I can go to Iran, but if I do, I won’t get out of Iran.”