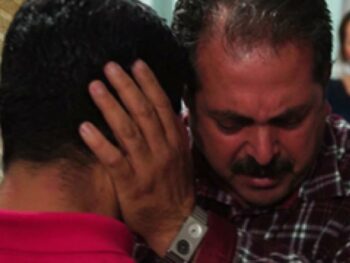 Chaffing under repressive Islam, young Iranians are secretly turning to Christ in record numbers, and Iranian-born Shahrokh Afshar wanted to be part of the revival. So he filmed 13 programs for young people and offered them to SAT7, which broadcasts Christian programming into Iran via satellite.

“Iran is 25% 14 years or younger. Iran has the largest number of drug addicts per capita in the world. Alcoholism, prostitution. The economy sucks; it’s like 15% unemployment,” Afshar said. “Life is very very hard for the average young Iranian. There wasn’t much being done as far as programs are concerned to reach out to these kids.”

Iran has the fastest-growing evangelical population in the world (estimated at 19.6% by Operation World in 2015), despite an atrocious human rights record against people who abandon Islam, according to Christian Today. In fact, the explosive growth has overloaded the religious police. 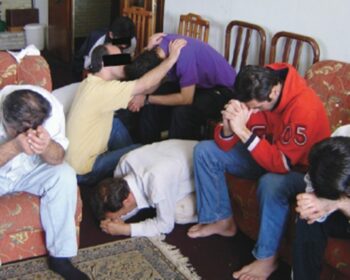 A network of underground home churches thrives, and at least six satellite stations broadcast Christian programs continually into Iran. Afshar personally knows of 400 house churches with 5000 members. The number of Muslim converts to Christianity was “a handful” before 1971. Now, it is perhaps 1 million.

Afshar’s program, “Clear Like Glass,” cost him $3,000 per episode. Each program includes a funny skit and a frank interview and discussion of taboos in Islam. What people usually hide, Afshar brings to light. He conducted research about his target audience and found they didn’t want just preaching.

“Clear Like Glass” is being shown over and over again, at least twice a day, Shah said. He is preparing to film another 13 programs.

After the U.S. invaded Iraq in 2003, Afshar joined three Egyptian pastors and one American to drive from Turkey to Baghdad and find pastors whom they could help. The fact-finding mission was fruitful. He connected with pastors from Iran and even gave them training in Turkey.

“My contacts tell me that they walk into a party and tell people they are Christian, and boom, they have an instant audience. People want to hear more about Christ. It’s very very easy for them to share,” Afshar said. “Of course, it’s dangerous. They can end up in prison very easily. But people are willing to risk that because of the way their lives are touched and changed.

“Iran right now is the fastest nation coming to the Lord per capita,” Afshar said. “It’s probably even larger than China. That is because there’s a hunger for spiritual things. That is probably because young people are so fed up with Islam. They’ve seen what Islam is doing to them.”

Iran, the cradle of Western Civilization, was where the Biblical prophet Daniel ministered and likely the point of origin of the three “kings” who came to see the baby Jesus. It was once ruled by the autocratic Mohammad Reza Shah who maintained a secular state.

But his tyrannical rule, repressive government and lavish lifestyle prompted an overthrow in 1979 by a radical Muslim cleric Ayatollah Khomeini, who reinstated an austere version of Islam reminiscent of the Middle Ages. They railed ag

ainst the United States as the “Great Satan.”

While Iran sustained hostile relations with America, it also suppressed its own people. Ironically, the iron-clad grip of Islam is also the cause of revival, according to Afshar.

“This is the generation that didn’t know the Shah or Khomeini, so for them it’s not a political issue,” Afshar said. “It’s just the oppression is so great in Iran. The kids are looking for a way out, and a lot of them have turned to drug addiction, alcoholism and prostitution. These are not dumb kids. They’re very savvy, extremely smart.

“You have to approach them as you would millennials in our country,” Afshar said. “The old fashioned way of waving the Bible at them doesn’t work. It’s not a technique. The openness is really God’s miracle.”

The more the religious police tried to stamp out Christianity, the more it has flourished in Iran.

“Khomeini did for Christianity what no Western missionary could do,” Afshar said. “He exposed Islam for what it is. He created a huge vacuum in people’s souls because they were all shocked to see what a true Islam is all about. People are coming to Christ because of the government.”

Afshar said he’s not worried about his family in Iran, though he can’t visit his Motherland ever again. The religious police are already overtaxed with trying to crackdown on so many outbreaks of “rebellion” against their system.

“They know they can’t stop Christianity from growing,” he said. “They know the more pressure they put on people, the more people turn to Christ. That’s the way God works. That’s what happened with the Romans.”