It is one of the world’s worst offenders in the persecution of Christians, using starvation as a weapon of war, and is still funding militias that murder innocents. Its leader, President Omar al-Bashir, is wanted by the International Criminal Court for genocide, war crimes, and crimes against humanity.

Sudan’s government directed attacks that led to the deaths of hundreds of thousands of non-Arab civilians in Darfur a few years ago. In the last year, the government has demolished 27 churches, which the government claims violated land-use laws.

Yet somehow, Sudan’s government hired an influential lobbying firm in Washington, Squire Patton Boggs, for $40,000 a month to get sanctions removed by the Trump administration, George Clooney and John Prendergast charged in Time Magazine. 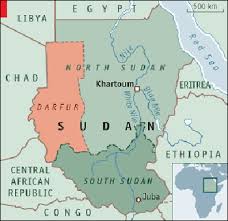 While Congress has led bipartisan efforts to isolate the Sudan regime, Clooney, Predergast, and many others are surprised that a respectable lobbying firm that includes former House Speaker John Boehner and former senators Trent Lott and John Breaux, has taken on Sudan as a client.

On July 12th, the Trump administration will make a decision about lifting U.S. sanctions, some of which were stopped temporarily in January as the Obama administration left office.

A spokesperson for Squire Patton Boggs responded to the Clooney – Prendergast piece in Time Magazine with this:

Sudan intended to improve human rights conditions in Sudan and to secure important Sudanese cooperation with the fight against global terrorism. Based upon progress by Sudan on these issues over multiple years, the Obama Administration lifted some, not all, sanctions on Sudan in January 2017 in recognition of that progress and to encourage continued progress.

“A review of that decision is expected to be announced by the current Administration on July 12. Many observers inside and outside of government believe that engagement with Sudan has produced meaningful gains in humanitarian assistance and reducing conflict and that working with, rather than isolating, Sudan is a more constructive strategy to achieve improvements in human rights and religious freedom. That is a legitimate and well-supported policy position.