Most of us are uneasy about war stories, particularly those that revel in the quantity of death and destruction we unleashed on our enemies. In fact, for the Second World War there are now only three big military events that retain a hold in the public memory. These are Dunkirk, the Battle of Britain and D-Day.

I find it significant that each of these echoes with the great themes of the Bible: Dunkirk is about rescue; the Battle of Britain about deliverance and D-Day about liberation. Dunkirk, however, is a uniquely enthralling story.

Who can resist the tale of how, surrounded by overwhelming enemies and faced with imminent annihilation, an entire army escaped to safety by sea? It almost seems like a reworking of the miracle of the biblical Exodus, with the English Channel replacing the Red Sea.

Yet Dunkirk is not simply a gripping story; it is also a thought-provoking one because even today the word ‘miracle’ hangs over it. Nevertheless, even for the most skeptical, the reality of what happened at Dunkirk is intriguing.

If you don’t know the story, on May 10th 1940, Hitler unleashed a military onslaught on France and Belgium. Within days the British Army – outmaneuvered and unprepared – along with soldiers of other Allied nations, found themselves with their backs to the sea and hemmed in by enemies.

The German High Command was able to boast with confidence that its troops were ‘proceeding to annihilate the British Army’. That the total destruction of an entire army was imminent was a view shared by many in the military and political leadership of Britain. Prime Minister Winston Churchill found himself preparing to announce to the public an unprecedented military catastrophe involving the capture or death of a third of a million soldiers. 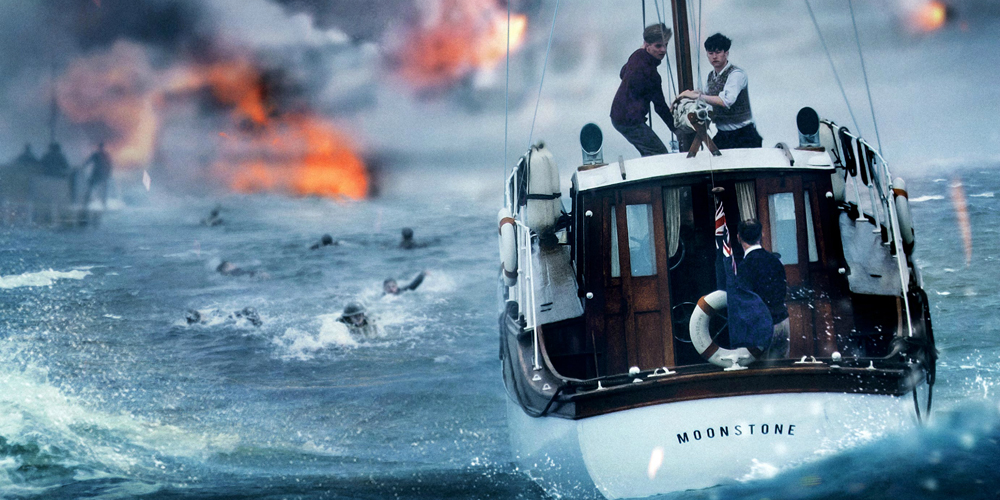 But it didn’t happen. On May 23rd, King George VI requested that the following Sunday should be observed as a National Day of Prayer. Late on the Saturday evening the military decision was taken to evacuate as many as possible of the Allied forces.

On the Sunday, the nation devoted itself to prayer in an unprecedented way. Eyewitnesses and photographs confirm overflowing congregations in places of worship across the land. Long queues formed outside cathedrals. The same day an urgent request went out for boats of all sizes and shapes to cross the English Channel to rescue the besieged army, a call ultimately answered by around 800 vessels. 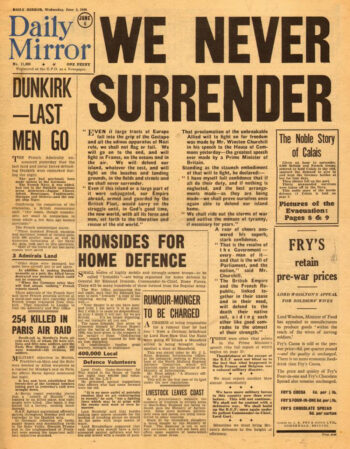 Yet even before the praying began (in my experience, prayer often works like that) curious events were happening. In a decision that infuriated his generals and still baffles historians, Hitler ordered his army to halt. Had they continued to fight, the destruction of the Allied forces would have been inevitable and the war would have taken a different, darker and more terrible path.

Yet for three days the German tanks and soldiers stood idle while the evacuation unfolded. Not only so, bad weather on the Tuesday grounded the Luftwaffe, allowing Allied soldiers to march unhindered to the beaches. In contrast, on Wednesday the sea was extraordinarily calm, making the perilous evacuation less hazardous. By the time the German Army was finally ordered to renew its attack, over 338,000 troops had been snatched from the beaches, including 140,000 French, Belgian, Dutch and Polish soldiers. Many of them were to return four years later to liberate Europe.

Now you could argue it was all a coincidence, but I think not. It certainly wasn’t considered so at the time. Sunday June 9th was declared a National Day of Thanksgiving and, encouraged by Churchill himself, the phrase ‘the miracle of Dunkirk’ began to circulate.

We live in a world where people are not simply cautious about miracles but they prefer to rule them out entirely. In much of public culture it is an unchangeable and unbreakable rule of life that the miraculous cannot and does not occur. The view is that while we may pray, there is no one on the other end of the line.

It’s curious how we have come a full circle: in the past, few dared argue with the religious faith that saw the hand of God everywhere; now few dare argue against the atheistic faith that sees God’s hand nowhere. The events of Dunkirk might make us want to reconsider the elimination of God as an actor from history and politics. On a more practical level, looking at the challenges facing the British nation, the idea of praying to God for deliverance seems to be something well worth encouraging.

Indeed, I think Dunkirk stands as an extraordinary encouragement to pray in faith. However great our problems, God is greater than them all. That ‘Dunkirk encouragement’ to pray in times of need applies at every level of life and to every challenge, from what may be a petty domestic crisis to a national disaster. And although our nation may not face imminent military catastrophe on the scale that it did in 1940, you don’t have to look hard to see major and overwhelming problems. Dunkirk may have been a military epic that should be remembered but, far more importantly, it is an encouragement to pray. — ASSIST News Service