Blood nanoparticles – rather than pigments associated with paint – discovered by researchers studying the Shroud of Turin reveal the victim suffered severe trauma consistent with torture.

The researchers in Italy used new techniques in electron microscopy to find the blood nanoparticles, according to CBN.

“The Blood serum tells us that before dying the person was suffering,” Dr. Elvio Carlino told CBN. Since 2001, Dr. Carlino has been the scientific director of Triest’s TASC IMO-CNR Microscopy Center.

“This means that the Turin Shroud is not fake… It is certainly the funeral fabric that wrapped a tortured man,” he said. 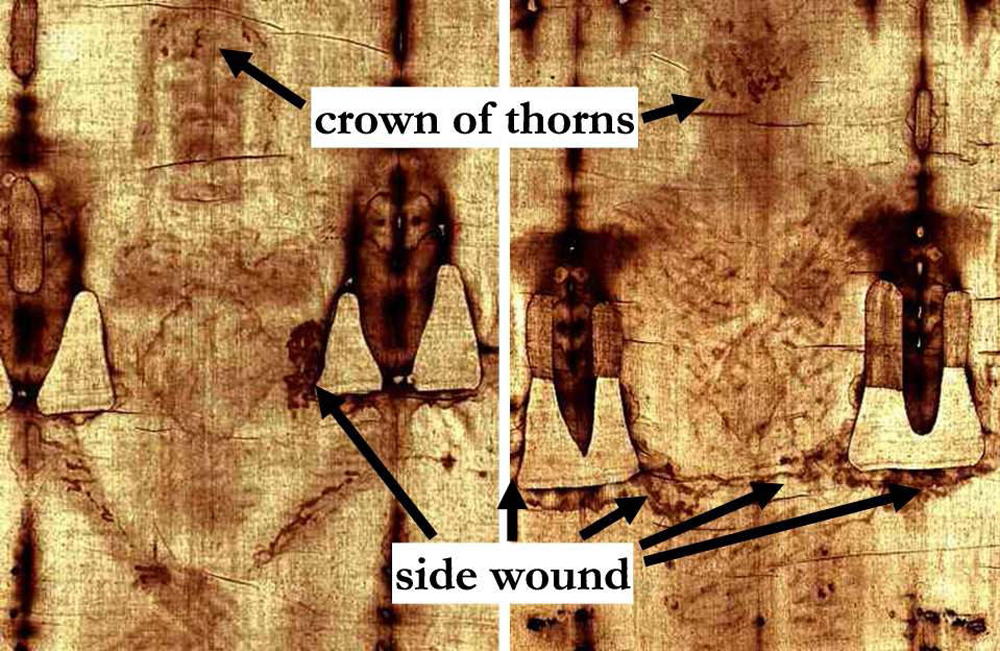 The Shroud of Turin is a handmade linen cloth, 4.4 meters long and 1.1 meter wide, revealing a double image of the dead body of a scourged, thorn-crowned man who was stabbed in the side and crucified.

Many Christians believe it was the burial cloth of Jesus. Others think that it is a fake. However, the image on the Shroud has not been adequately explained or reproduced by scientists.

Researchers said the nanoparticles they found were a “peculiar structure, size and distribution,” according to Dr. Fanti, a professor at the University of Padua.

Tests on the nanoparticles taken from the foot on the Shroud revealed they are not typical of the blood found in a healthy person.

Instead, they show high levels of substances called creatinine and ferritin. Both are found in patients who suffer severe traumas such as torture, according to CBN.

“The consistent bound of ferritin iron to creatinine occurs in human organism in case of a severe polytrauma,” the researchers found.

“Hence, the presence of these biological nanoparticles found during our experiments point to a violent death for the man wrapped in the Turin Shroud,” Dr. Fanti explained.

Dr. Fanti said their study refutes the claim that someone merely painted the image on the shroud.

The characteristics of these nanoparticles “cannot be artifacts made over the centuries on the fabric of the Shroud,” he said.

The Shroud is one of the most well-known relics associated with Jesus Christ, and many scientists have studied it throughout the years.

In 1989 the linen fabric of the Shroud was radiocarbon dated to the Middle Ages. But some have disputed that finding, claiming the presence of systematic errors in the way it was conducted. Another work indicated an age for the Shroud “between 1300-and 3000-years old.” A mechanical analysis coupled with opto-chemical measurements in 2015 dated the Shroud to 90 AD ±200 years.

Researchers say the latest discovery was made possible because of new technology.

“These findings could only be revealed by the methods recently developed in the field of electron microscopy,” said Dr. Carlino. “We performed reproducible atomic resolution Transmission Electron Microscopy and Wide Angle X-ray Scanning Microscopy experiments studying for the first time the nanoscale properties of a pristine fiber taken from the Turin Shroud.”

When it comes to the question of whether this is the actual burial shroud of Christ, Carlino says no one can know for sure.

“The evidence that it is a man who was tortured was there. We cannot say who it is,” he says.