His “Don’t Stop Believing” became an anthem for a generation, and now it looks like Journey keyboardist Jonathan Cain has put it into practice because he has revived his childhood passion for Jesus.

Cain felt like early love for God got snuffed out when he prayed fruitlessly for the Almighty to spare the lives of 92 kids trapped upstairs by a fire at a Catholic school in Chicago where he was a third grader. Three nuns also died in the 1958 blaze.

“I was praying to Jesus hard that afternoon, ‘Please, let these children out,’ you know, and it wasn’t to be and they got trapped upstairs and 100 of them perished.'” Cain told The Blaze. “So I was a little disillusioned. How could Jesus let that happen?” 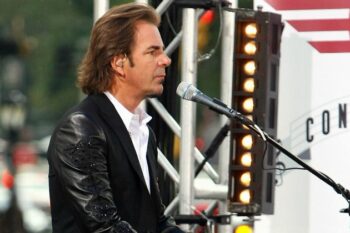 Cain’s dad tried to help his son overcome the grief and despair by encouraging him towards his natural gifting for music. Cain abandoned his original desire to become a priest and began to pursue the dream of becoming a musician.

He learned the accordion, guitar, bass and harmonica. He moved to Nashville and then to Los Angeles. He was part of The Babies in 1979 but skyrocketed to stardom the next year when he became the keyboardist for Journey. His composition for “Don’t Stop Believing” wowed fans and critics everywhere. Allmusic called it “one of the best opening keyboard riffs in rock.” He went to pen the classic ballad “Faithfully.”

He played for Bad English, released 11 solo albums and was inducted into the Rock and Roll Hall of Fame April 7th of this year for his work with Journey.

But while accolades and money flooded in, he was empty on the inside.

Cain remembers accepting Jesus as a teen at a Baptist church in Chicago. “I had a breakthrough when a pastor laid hands on me on an altar call,” he told the Christian Post. “I wept that evening and realized how numb I had become with God and how He was calling to me for restoration.”

He raised his three kids going to a Lutheran Church where he lived in the San Francisco Bay Area, but his commitment to Christ was irregular: “I felt my faith was on again off again.”

One day, Journey lead singer Steve Perry brought a Bible into the studio in 1996 as they worked on the album “Trial by Fire.” It piqued Cain’s curiosity and stirred him to explore renewing his relationship with Jesus.

But it wasn’t until he met televangelist Paula White on a Southwest Airlines flight that Cain worked up the gumption to go “all-in” for God. By then he had divorced twice. 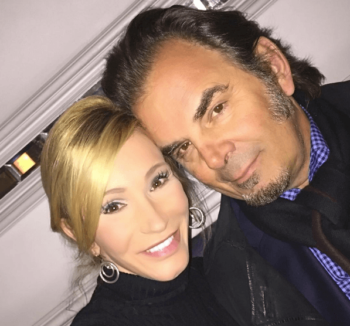 “I wanted to become a true follower of Christ — not just a part-time Christian,” Cain recalled.

As he sat across the aisle from her, Cain opened up to White — who had already mentored other celebrities in the things of God.

White, as senior pastor for the New Destiny Christian Center in Apopka, Florida, didn’t go deer-eyed. Previously, she had ministered to Michael Jackson, Yankees outfielder Gary Sheffield and feared slugger Darryl Strawberry. James Dobson identified White as the one who led President Donald Trump to Jesus in June 2016 after the former real estate mogul saw her television program and flew her to Atlantic City for personal Bible studies.

White was a natural around big names. She pointed out scriptures and encouraged Cain to return to his first love, Jesus.

“She gave me the news that God loved me and wanted his son back,” Cain said. “She spoke to the king in me and gave me new hope I could get right with God. The God I had hungered for, the Father I had been missing.”

Not long after, the pair realized they were romantically attracted to each other. White was herself twice divorced. But Cain was intimidated by her high-powered spirituality.

He asked to meet her spiritual mentor, Archbishop Nicholas Duncan-Williams in Ghana, head of the charismatic Action Chapel International and an author to various Christian books.

“I asked to meet her spiritual father, Archbishop Duncan Williams, who assured me I was the man Paula had seen in the spirit,” Cain said. “I asked him to baptize me in Ghana and I believe I had a supernatural breakthrough. After much repentance and atonement, I asked if he would marry Paula and I (sic).”

In April 2015, the man who once wanted to be a priest married a preacher.

White remains the personal minister to President Trump and chairs his Evangelical Advisory Board. She became the first woman ever to pray the invocation at a presidential inauguration on Jan. 20.

Cain also settled the irreconcilable tragedy at the Catholic school. “I believe Jesus cried with us,” he said. “I don’t believe he had abandoned us at all.”

Today, Cain has returned to his gifting as a musician with a 2016 solo album about Jesus: “What God Wants to Hear.”

“This is my love letter to God. It’s my thanks for the grace He gives me,” he said. “I hope that it inspires people that they are worthy, that they do have a shot at something special, at something great.”