Since the early 90s, millions have left the church and they may not be returning, according to a disturbing report by Dr. Anthony Horvath, the director of Athanatos Christian Ministries.

“Numerous studies show that around 1990, the number of ‘religious nones’ increased from roughly 8% of the adult population to 25%, today,” Horvath notes. “Tens of millions of people left Christianity in just two decades. Clearly, something isn’t right.”

‘Nones’ are people who tell pollsters that they have no religious affiliation.

Horvath recently released a report titled, “Faith and Family Under Fire: Why Apologetics is Failing in the 21st Century.” 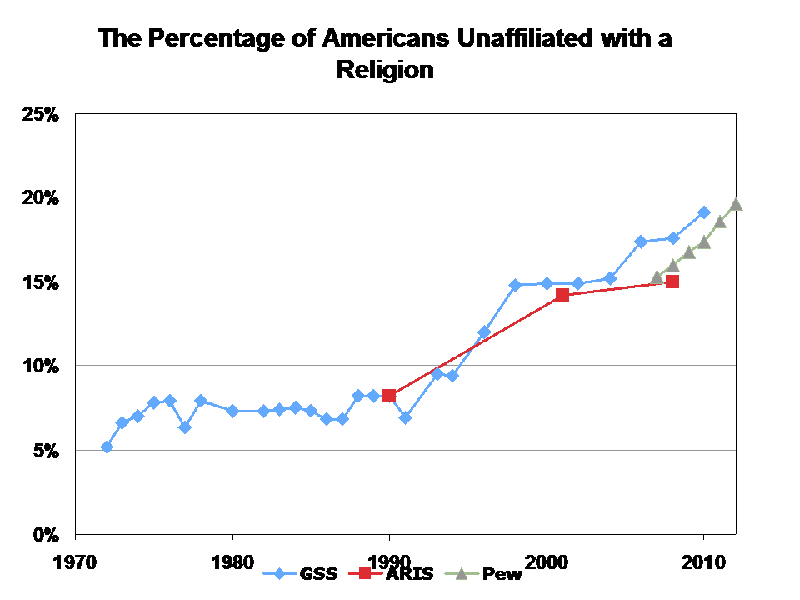 In the early phase of this trend, those who left the church said they had not lost interest in spirituality.

But in the last decade the ‘nones’ seem to have completely jettisoned spirituality. “There is a new dynamic and it does not bode well,” Horvath notes. “In the last 10 years they have turned against Christianity and are increasingly hardened toward religion in general.”

Horvath believes the rise in ‘nones’ roughly corresponds with the decline of the family.

“After the fallout of the ‘sexual revolution,’ divorces skyrocketed. Marriage rates fell. Beginning about 1990, the children born as a result of that ‘revolution’ themselves began coming of age. How can you accept that God is a loving father when all you’ve known in your own family is brokenness?” he asks.

While correlation does not always confirm causation, there is ample reason to believe the two influences are directly related, he says.

“Studies show that the biggest factor in successfully transmitting the faith to the next generation is strong families that are grounded in the faith. The influence of the father, in particular, is profound,” Horvath explains. “There is a statistical link between fractured families and low church attendance.”

While some cultural influences discount the value of a father, Horvath thinks otherwise. “Among stable families the number one factor in transmitting faith from one generation to the next is the father. It is ironic, because women are most likely to go to church, but the fathers are the most influential in transmitting belief.”

“If the Church in America wants to reverse course, our remedies must embrace both apologetics and the cultivation of strong families. These are both Biblical responses, but the former without the latter will not change matters. If things remain as they are, within a generation, America will be as thoroughly secular as Europe is today.”

Horvath’s report can be downloaded for free at www.athanatosministries.org.