Co-founder and former lead vocalist of the rock band Flyleaf, Lacey Sturm, was contemplating suicide when she had an encounter with God that saved her life. 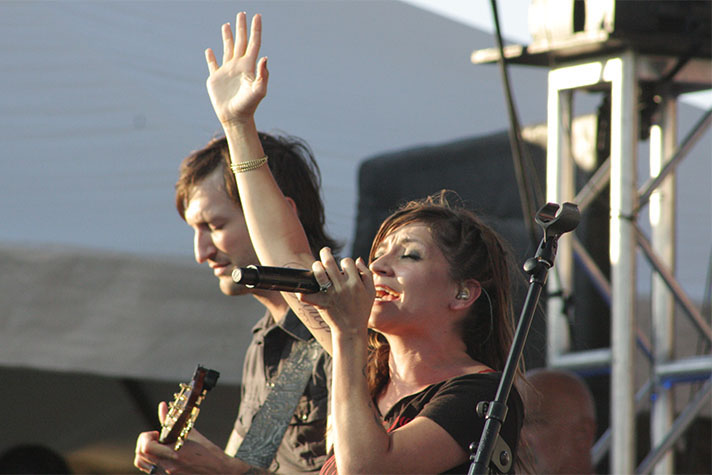 “When I was ten-years-old, my cousin, who was about three at the time, was beaten to death by his stepfather,” Sturm said. “My mother always talked to me about God, but at the time I just remember thinking I couldn’t reconcile how God could allow something like that to happen. I decided that if God was big and good, why wouldn’t he protect my cousin who was so tiny and so awesome?”

The girl from Arlington, Texas, couldn’t countenance evil in the world. “I never wanted to have kids,” she said. “It would just be bringing another person into the world to suffer.”

She cried herself to sleep every night, became an atheist and turned to drugs and alcohol. She dabbled with pornography and even got a girlfriend. 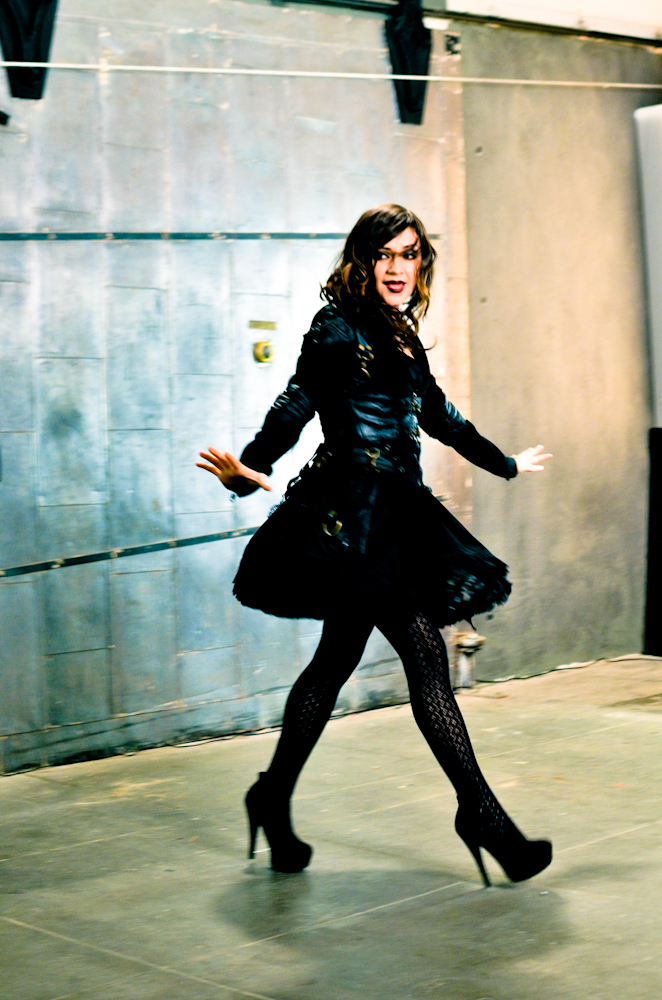 “I couldn’t get away from my own depression,” she said. “So I started to study a lot of other religions. There was a lot of nice ideas but there wasn’t any tangible healing.

But on the fateful day when she came home from school, Grandma was there — an unusual occurrence.

“She looked at me and said, ‘There’s something wrong with you. You’re going to go to church.'”

“There’s no way I’m going to go to church,” she said defiantly.

Her grandmother raised her voice and the two began to argue vehemently. Finally Sturm relented and went to church, but planned to follow through with her suicide afterwards. 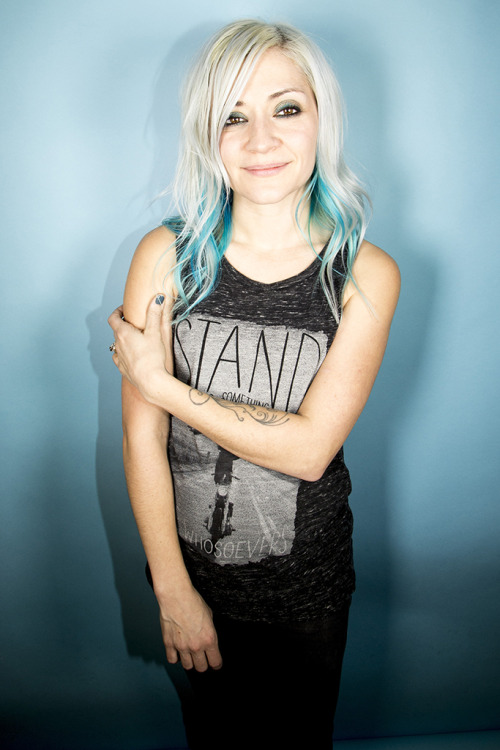 She slumped down in a back-row pew, hating everyone and everything around her.  “The pastor started speaking, and I hated him more than anyone.”

The pastor spoke: “There’s a suicidal spirit in the room.”

“So of course all the hair on the back of my neck stood up,” she said. “And I thought, ‘Well, this is really weird.'”

She got up to go out, but was intercepted by white-haired man who gently and kindly addressed her: “The Lord wants me to speak to you. He wants you to know that even though you’ve never known an earthly father, God will be a better Father to you than any earthly father could ever be. God knows the pain in your heart. He’s seen you cry yourself to sleep at nights.”

Sturm was stunned and touched. How could he know about the deep things of her heart?

“The idea was so overwhelming to me,” she said. “He’s like, ‘Do you want me to pray for you so that Jesus can take the pain out of your heart?’ He put his hand on my shoulder and started to pray. It was as if the God of the universe showed up right in front of me. The first thing I noticed was that He was holy and good. The second thing I noticed is that I was not holy and not good. But at the same time, I felt Him inviting me to an embrace of grace and love unconditional. God was saying, ‘I love you. I know you’re tired of the way you’re living. I will make you new if you will let me.’

“My heart just said, ‘Yes. I need that. I want that,'” Sturm remembers. “I woke up the next day I felt such a peace and a joy that I’d never felt before. Jesus saved my life. The almost overwhelming thing to think is that Jesus became sin, and it was my sin. It was thing that I’ve done that held Him on the cross. He hung naked on a cross bleeding in a shameful way so that I would never have to be ashamed for the things that I’ve done.”

In 2000, Sturm began collaborating with drummer James Culpepper, and guitarists Sameer Bhattacharya and Jared Hartmann. They called themselves Flyleaf and their eponymous 2005 album went platinum. In March 2006, the band was named Yahoo!’s Who’s Next band of the month, and in Dec. 24, 2007, they were MTV’s band of the week.

Flyleaf’s 2009 album Memento peaked at No. 8 on the Billboard charts.

On Oct. 22, 2012, shortly before the release of New Horizons, Sturm announced that she was leaving Flyleaf, to focus on family. The singer has had two sons with the rock guitarist, Joshua Sturm, whom she married on Sept. 6, 2008.

After fans testified that Sturm’s story changed their lives, the singer felt compelled to write a memoir. In September 2014 Lacey Sturm’s first book The Reason: How I Discovered a Life Worth Living was published. Sturm’s book is an autobiography about how she overcame her struggles in life in an effort to inspire those who are struggling themselves. 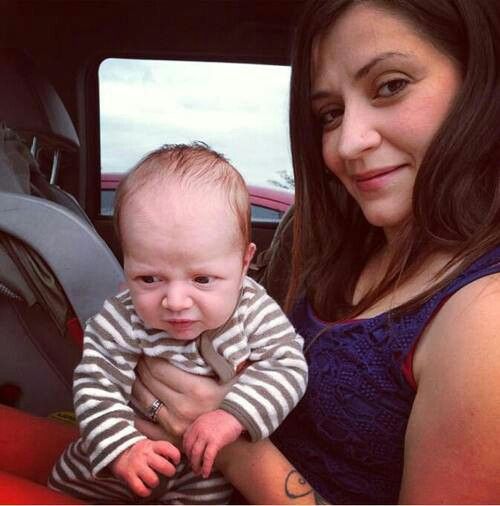 Discussing the power of God’s love in The Reason, Sturm recalled her first understanding of salvation.  “I heard the message ‘I’m worth loving and created by a good God, my life is important no matter what anybody says’ during my encounter with God as an atheist,” the singer explained. “That was the first sign; the Holy Spirit gave me that message. Maybe I had heard it before, but I didn’t receive it until that message.”

Today, the singer says she allows trials to strengthen her faith. “Those times are a lot easier for me, when I’m isolated or life is letting me down, that is easier for me personally to be close to the Lord, as opposed to when things are going well,” she said. “I feel humbled and thankful when things go well. It’s just more surprising because of the way I was raised, my life changed so dramatically, so many times, seemingly not for the better. So growing up without normal resources such as food, a place to live, then watching God meet those needs, it gives you a lot more faith than other people who have money in the bank and homes to go to.”

“I realize now I was actually searching for something that was true. I didn’t find anything solid, anybody’s faith that I saw from the outside,” Sturm said. “In that moment, the day that I had planned to commit suicide, I realized this encounter with God was so much more real than anything that I’d ever heard from anyone.”

Hasset Anteneh is a student at the Lighthouse Christian Academy of Los Angeles.